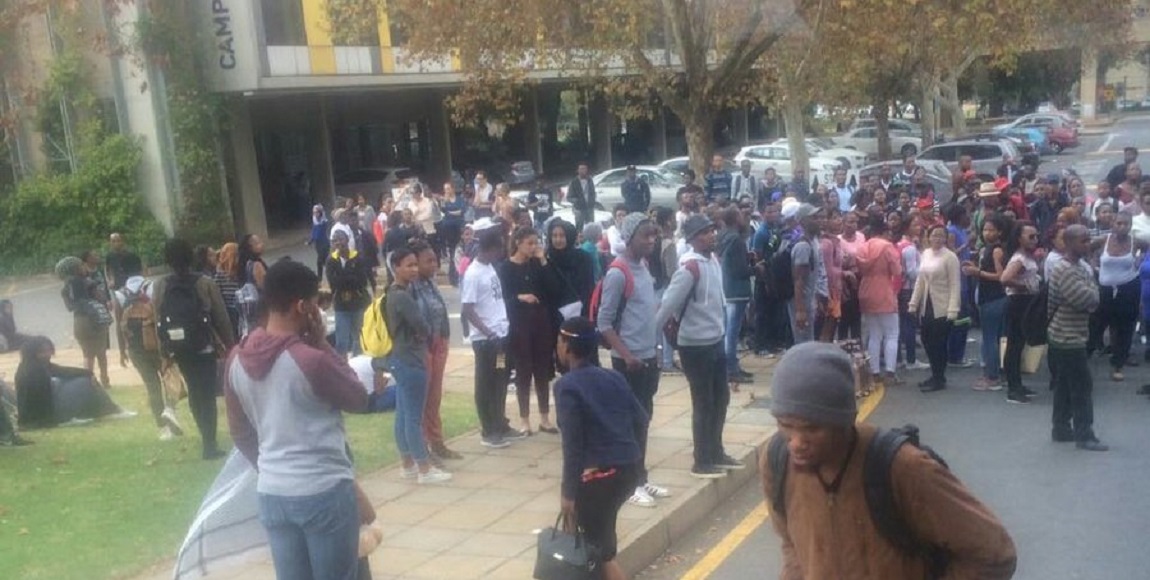 Three education students arrested at a protest on the Wits education campus on Tuesday have been released. The students were arrested because they allegedly violated the universityâ€™s court interdict which bars students from disrupting the academic programme. Student leaders are set to meet with university management Thursday to discuss grievances concerning funding and accommodation.

Education students have been protesting at the Wits education campus since Thursday, 4 May. Students reportedly blocked entrances to the campus and disrupted lectures. Their key demand is for clarity on student funding. Almost halfway through the year, students are still calling for NSFAS to inform students of the outcome of their applications for funding. They also want NSFAS to let students sign their contracts before 30 May as this is blocking them from receiving allowances.

The students also want the university to increase its intake of students on the Funza Lushaka bursary programme and those on NSFAS.

In addition, leaders from the Education Students Council (ESC) say students without accommodation have been sleeping in the councilâ€™s offices and toilets. â€œWhat we want is for them to give us accommodation because the management even kicked out our students in TV rooms of the reses,â€ said ESC chairperson Vusi Mchunu.

Students are asking for changes to the structure of their in-classroom teaching experience module and for an increase to their travel allowance for the duration of that module.

The ESC is also calling for management to allow students to sell snacks on the concourse without paying rental fees, because this is their only source of income. Restaurants on campus have complained about the practice.

These complaints were listed in a memorandum handed to the university on Monday.

In a statement responding to the memorandum, the university said all NSFAS related appeals should be directed to the scheme and that it has no control over theFunza LushakaÂ  bursaries, which are administered by the Department of Education. It also said it is no longer able to provide students with emergency accommodation because the residences are fully occupied.

The university said that the education programme was restructured nationally, following a consultation process with students which started three years ago. The travel allowance for the teaching experience module was an â€œexceptionalâ€ service, it said, and Wits is the only university that gives one.

Wits said its chief operating officer is currently considering the issue of students selling snacks on the concourse.

The SRC is supporting the protestors and assisting the council in its negotiations with management.