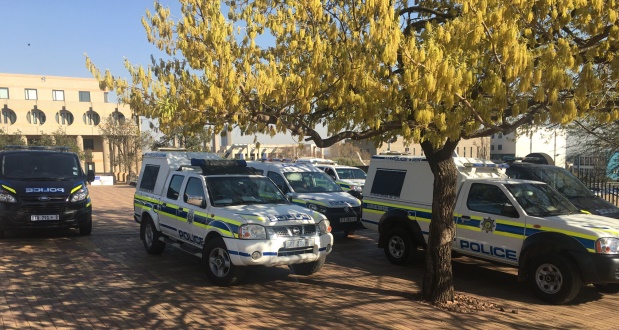 Students at Wits arrived at campus on Monday to the sight of increased security and a bolstered police presence.

The air crackles with expectation following rumours across the country that a new round of protests against the cost of tuition was set to commence.

â€œItâ€™s something that weâ€™ve all been anticipating, because weâ€™ve felt the ground shaking for a while now. I think everyone is kind of on the fence – we knew it was going to come. Itâ€™s almost inevitable,â€ said Amanda Mashego, a student at Wits.

The South African Union of Students (SAUS), a national and non-partisan umbrella structure elected by the Student Representative Councils (SRCs) of universities across the country, called for mass meetings in a statement released over the weekend.

According to the statement, the purpose of these meetings is to form and consolidate a national list of demands from the students.

A number of unsigned text messages have been distributed in student chatrooms warning of nationwide protests â€“ particularly speaking to a shutdown at Wits. Both the Economic Freedom Fighters Students Command (EFFSC) and Pan-African Student Movement of Azania (PASMA) national have distanced themselves from this action.

Aside from the increased police presence, there seems to be no kind of fees protest action at Wits, despite the media buzz and sense among students that something will be occurring soon.

Shirona Patel, Wits’ communications managerÂ said that increased security measures were as a result of the messages, texts and statements going around speaking of a national shutdown.

â€œThey indicated that there may be protests all across the country. In light of that the universities have been asked to have police and additional security on standby if required,â€ said Patel.

Patel added that this came as a result of the meeting that took place on Friday morning between Minister of Higher Education, Blade Nzimande, and university vice chancellors across the country.

â€œThe Vice Chancellors basically met with the minister and told him that they should have further consultation before they announce anything to do with the fee increase, if any, for 2017. The minister agreed to that,â€ she said.

The Council for Higher Education hasÂ recommended that a fee increase of 6,3% be implemented for 2017. Patel said that that Nzimande took note of this but was looking into consulting other stakeholders in the private sector, national treasury and others to look into how they could fund higher education for 2017.

Patel ensured that the university had no problem with peaceful protest, and that the police presence was only on standby in case violence erupted on campus.

â€œWe donâ€™t have a problem with anyone who wants to protest peacefully, provided that it doesnâ€™t infringe on the rights of those who want to learn and work,â€ said Patel.

Students at Wits say a resurgence of the #FeesMustFall protests is inevitable.

â€œ[FMF] was bound to happen because of the fees increase. Lots of people are struggling to pay for their fees, so it has to happen because these fees are quite ridiculous,â€ said Fozia Sahib, a 19-year-old student from Wits.