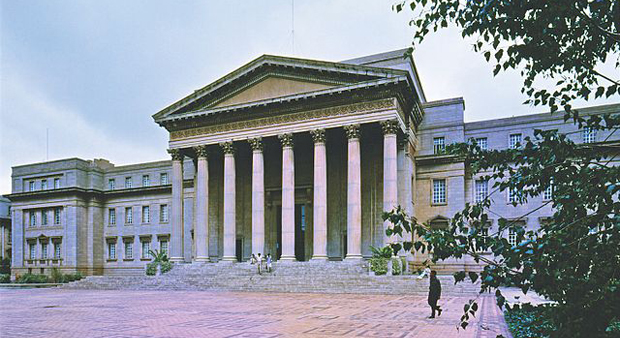 Earlier this week Wits SRC president Mcebo Dlamini was removed from his position, and his SRC membership terminated. This comes shortly after Dlaminiâ€™s controversial statements praising Hitler on Facebook â€“ although Wits vice chancellor Adam Habib was clear this had no bearing on Dlaminiâ€™s dismissal. MUHAMMED ISMAIL BULBULIA asked Wits students what they make of the situation.Â Nadeem Mahomed, bachelor of accounting science, honours
I think it was opportunistic.Â Legally, thereâ€™s nothing wrong with it, but we have to consider theÂ reasons behind it and whether the removal fits the crime they consider Mcebo to have committed. I think that the recent events and comments definitely played a role in the decision, and they made Habib go back and follow up on the case that was pending â€“ without Mceboâ€™s comments an agreement may have been made for him to continue in office. Mcebo says what needs to be said and he can get people going; Iâ€™m not too confident about his leadership abilities but heâ€™s able to get crowd support. The issues that Mcebo raised are important, but I think he could have addressed those being president, and he didnâ€™t have to create this whole â€œcrisisâ€ to bring them to the fore. Hans Dladla,Â BA majoring in psychology and politics, firstÂ year
I think that the decision is unfair and biased. Yesterday Habib said that he made his decision three days before Mcebo made his comments on Facebook. So why didnâ€™t he remove him then? Even though Habib says that the Hitler comments had nothing to do with the decision, why didnâ€™t he release his statement then? I think thereâ€™s a definite element of Habib being apologetic to Zionists with the decision. Mcebo is a fearless president: I like him because he speaks his mind and stands up for what he believes in. If the students still elected Mcebo as president even after they knew his history, they should have been the ones to decide if he should be removed. Gaian Aukema,Â BA majoring in politics and African literature, firstÂ year
From what I understand, Mcebo was removed because of his charges and the disciplinary hearing â€“ which I canâ€™t really comment on because I donâ€™t know much about it. I donâ€™t think itâ€™s right that Habib has the power to remove elected bodies from the SRC, because effectively that means he has power over separate student bodies that he should be accountable to. Mcebo isnâ€™t a bad president, maybe heâ€™s just a misguided one â€“ some of the things he says could be seen to be problematic, but I like the fact that he stands up and says it. The issues that he brought up about racism at Wits hold a lot of weight â€“ that’s why we have movements like Transform Wits and other developments around the country where these subtle forms of racism and white supremacy are coming to light, and exposing that is what heâ€™s partially doing. Courtney Morgan,Â BA majoring in international relations, secondÂ year
The decision is very hypocritical because in the past HabibÂ said to many students that he would allow ideologies that he didnâ€™t agree with to be present at Wits, yet he was very quick to make the decision. We do know that Mcebo was going through disciplinary action, but his Hitler comments were the trigger of his removal. The student body should have decided on his removal because Mcebo was democratically elected and, therefore, he needs to be democratically removed. In a personal capacity, I donâ€™t support Mceboâ€™s views and his radical actions, but his ability to bring students together and incite anger against important issues is sometimes useful. The way he addressed the issues recently is completely wrong, but I do feel that what he said was taken out of context and the reaction to it is hypocritical as well.

*Editors’ note: the final vox in this article has been removed on request

– Voxes have been edited for brevity and clarity. All images by Muhammed Ismail Bulbulia.Â