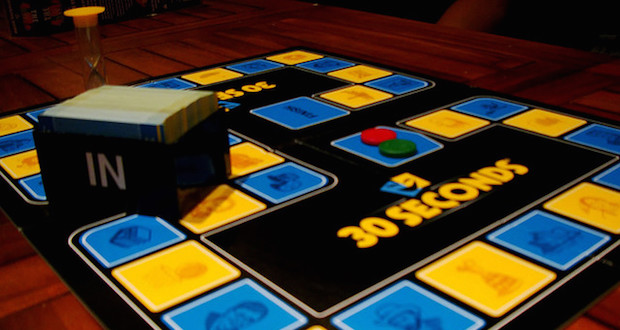 The hashtag #woke30seconds was trending on Friday, capitalising on South Africans’ love of trivia games and our propensity to talk smack about politicians, celebs and twelebs.

Based on the popular boardgame 30 Seconds, in which players must describeÂ a specific person or thingÂ without using itsÂ nameÂ andÂ their team mates try toÂ guessÂ what they’ve described, the hashtag aims to make people more socially conscious ie to get people “woke“.

Tech-savvy Minister who uses his portfolio to fulfill his bucket list. Uses tweets as proof of his commitment to causes #Woke30Seconds

They march for the presidents dignity but won't fight rape culture, racism and gender equality #Woke30Seconds

Politicians weren’t the only ones in the spotlight.

“Comedian” whose movies are RSA’s biggest hits even though he manages to do blackface every scene he gets #Woke30Seconds â€” Bad Puns Bazaar (@ThabisoDeus) November 20, 2015

Cartoonist who uses his work to show SA how racist he is. White people who thimk they’re woke love him. #Woke30Seconds

So much shade was thrown.

Shots are being fired all over the TL ????… #Woke30Seconds pic.twitter.com/zMT3VCne1U

Lots of people were just confused.

Some people were not amused.

A place where people bitch and Moan about injustices but do fuckall about it in the real world. #Woke30Seconds

Others found it not just educational but hilarious.

In all, it was just another Friday afternoon on Twitter in SA.