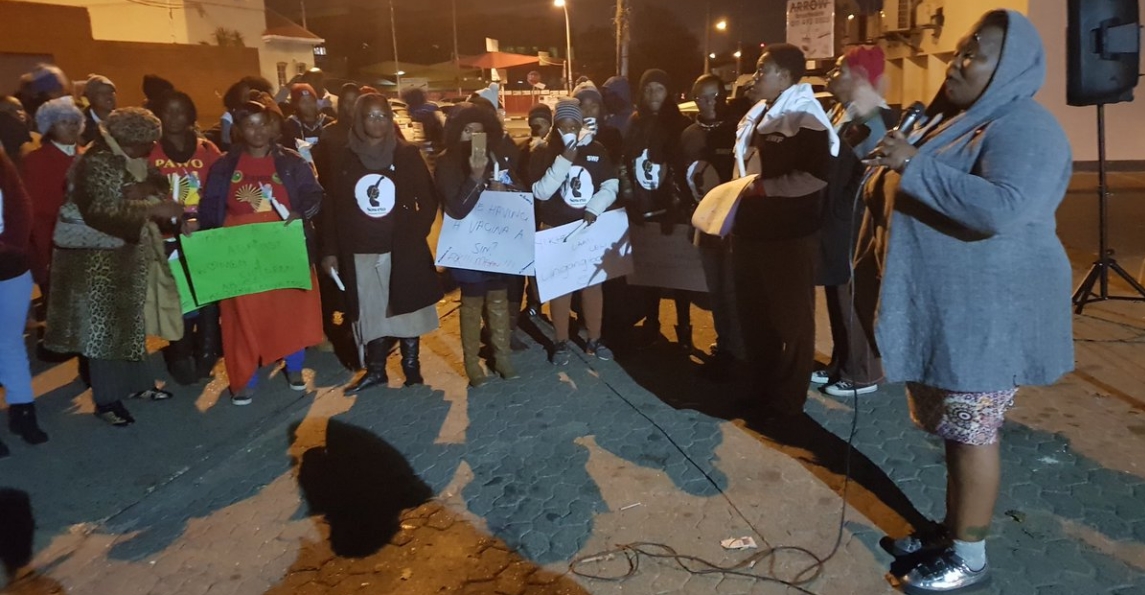 On Thursday night, the Soul City Institute and the Soweto Womenâ€™s Forum held a vigil outside the Booysens Police Station to draw attention to the policeâ€™s failure to take sexual harassment reports more seriously. â€œBooysens is one of the police stations that donâ€™t take women who report cases of sexual violence and rape seriously. They secondary victimise people and turn them away and we are here to make an example of them,â€ said Zukiswa White from the Soweto Womenâ€™s Forum. White added that the the police allegedly turned away a women who came to the police station to open a case of being sexually violated by a taxi driver.

We know there are police officers who turn women away. Who ask women what they were wearing. Who rape- @theladyzook #SafeTaxisNow #TaxiRapes pic.twitter.com/QgBSTjEKR6

However, the stationâ€™s communications officer, Lorraine Van Emmerik, said that they were not aware of any woman who was turned away by police officials for wanting to open a case of sexual violence. â€œWe only received this information last night and this was our first time hearing about this.â€ She said that senior management is investigating the claims.

There must be professional cost to police officers who violate victims & survivors of rape. @nduMakutoane #SafeTaxisNow pic.twitter.com/DYvsmaU9t5

The Soul City Institute said that they were expecting the Gauteng MEC for Community Safety, Sizakele Nkosi Malobane, to release a report yesterday evening, on how government is planning on improving police service and women safety in public spaces. Simamkele Dlakavu, coordinator for the #SafeTaxisNow campaign, said that they have been waiting for too long on this report from the MEC. â€œWe have met up and have been negotiating with the MEC to tell us how they can fix this. They are the ones who have the power and authority to fix this, and they know about it and we are trying to put pressure on them,â€ she said.

Busaphi Nxumalo, spokesperson for the MEC for Community Safety said that the MEC could not deliver the report yesterday because she was out of town. Nxumalo said that the department is engaging in various campaigns and marches to ensure women safety in public spaces. â€œWe are engaging on this issue through our campaigns, like the human chain, we had on Tuesday [June 6] at the [Provincial] Legislature, against women and children abuse. So the MEC is trying her best to make sure that women safety is improved,â€ she added.

Magwaza: we are fighting for more than just safety, we are also fighting for political and economic equality #safetaxisnow

Sarah Chauke, from the PACâ€™s Womenâ€™s Organisation, said that in order for women to get their freedom, they need to start challenging the law. â€œIf the law does not want to protect us and instead judges us for what we wear when we get raped, then we need to challenge that. It is the only way to get our freedom,â€ she said. Chauke urged all women, across the country, to stay united in fighting for women’s safety. â€œThere is no one to protect and support us if we donâ€™t do it ourselves, united as women.â€