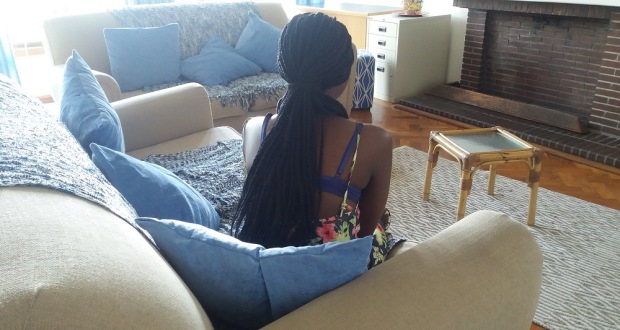 NOMZAMO MKHIZE* left home to look for employment in Durban but soon found herself embroiled in prostitution and drugs. She told Zilungile MnisiÂ how she was lured to another city under false pretences and left vulnerable to sexual violence.

I cameÂ to look for a job in Durban when my friends and I got fascinated with club hopping. We used to go to different clubs for fun until we got intrigued byÂ ladies we saw having a good time. They were flashing money and buying their own drinks, like men normally do for girls. My curiosity got the better of me when I asked where they got all the money they were spending.

That is how I was introduced to prostitution. They told me how easy it was for a woman to make quick money. They took us to a place that wasÂ similar to a club;Â I liked it because we would still have fun with our friends. ButÂ we had to wear sexy clothing and if anyone was interested, they would come and pay for your sexual attentionÂ for the night.

As time went by, the money was just not enough. A lady we used to work with then suggested a better job offer that her boyfriend had for us in Bloemfontein. The initial plan was that we were not going to have any sexual relations with the men at his place. She said allÂ we had to do was sit naked among these old, white men who were there to smoke crack andÂ sit with theÂ ladies. We would get R500, instead of the R50 we made at the clubÂ per night.

We took the chance and went to Bloemfontein. But when we got there we found there were no white men coming to the house. Instead, the boyfriend forced us to go out onto the streets to work asÂ prostitutes. We had to come home and buy crack from him to support his business. I eventually got addicted. Even after my friends left, I stayed behind because of the addiction. It got worse after that. WhenÂ his friends came over, they would force themselves on me.

I felt like less of a person, let alone aÂ woman, when this was happening to me. Even thoughÂ I practised prostitution, being raped is not the same. These are two different things. Sex without consent is rape.

I feltÂ helpless. I was in a foreign city all alone, with an addiction, and I had contracted HIV. I ended up in hospital and my parents came for me and took me home. It was not long until I had a setback and went back into drugs and since I had to make money to feed my addiction, I started prostituting myself again.

One of my friends who used to be a prostitute then reached out to the Shiloh Crisis Centre, and that is where I am recovering from being an addict and a rape victim.

Throughout this experience I have learnt to be patient; nothing comes easy. Women should be respected, whatever the circumstances. I got myself into prostitution, but I did not deserve to be raped by different men countless times. As for theÂ addiction and being raped, I feel like I wouldnâ€™t be HIV positive if I wasnâ€™t forced into these.Â I wish I had stuck to finding a job in Durban, instead of chasing after a trend that almost killed me.

Â If you have had a traumaticÂ experience and want to speak to someone about it, callÂ LifeLine’s Stop Gender Violence Helpline on 0800 150 150.