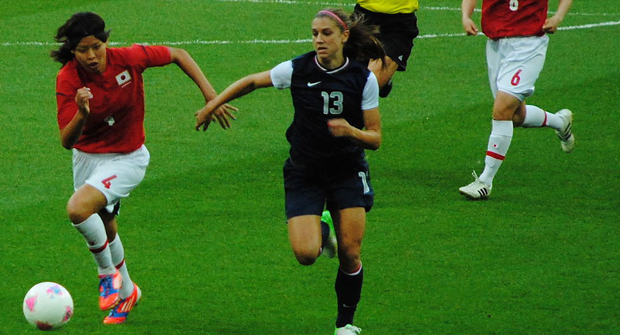 The womenâ€™s soccer World Cup has always stoodÂ in the shadow of the menâ€™s version â€“ hell, the first edition was only in 1991, 61 years after the men kicked off their first global tournament. But, the 2015 womenâ€™s World Cup in Canada has shown that itâ€™s time to stop overlooking womenâ€™s soccer. Â Since SuperSport decided not to broadcast the event, MICHAELSON GUMEDE brings you some key moments.Â

1. Big score lines
Soccer purists might prefer a tightly contested game rather than a goal fest, but câ€™mon â€“ who doesnâ€™t love watching the ball finding the goal over, and over … and over. The highlights of Germanyâ€™s demolition of Câ€ªÃ´â€¬te dâ€™Ivoire (10-0) are certainly compelling viewing.

2. New arrivals
This yearâ€™s the number of teams participating in the womenâ€™s World Cup increased from 16 toÂ 24. Eight countries made their debut at the tournament – Cameroon, Costa Rica, Ecuador, Ivory Coast, Thailand, Spain, Switzerland, and the NetherlandsÂ – and the newbies showed they are no slouches. Cameroon and Switzerland both made it through to the knockout rounds.

3. Breaking online viewing records
Sisters are doing it for themselves â€“ and beating the men â€“ when it comes to online viewing. The Fifa YouTube channel reached 21-million viewers from the beginning of last month until 24 June, eclipsing the previous monthly record of 18.5-million during the menâ€™s World Cup in June last year. And the tournament isnâ€™t even over yet.

4. A cracking final (we hope!)
It looks set to be a showdown at the BC Place Stadium on Sunday. After edging England 2-1 through an own goal by Laura Basset in a nail biting semi-final, Japan has successfully reached their second consecutive final. Japan will go up against the USÂ in a rematch of the 2011 final in Germany. Japan will have their sights on defending their crown, while the US will be seeking revenge.

Amid the Fifa corruption scandal, the womenâ€™s World Cup has been a breath of fresh air. Hereâ€™s an idea: how about Fifa replaces Sepp Blatter with a woman?