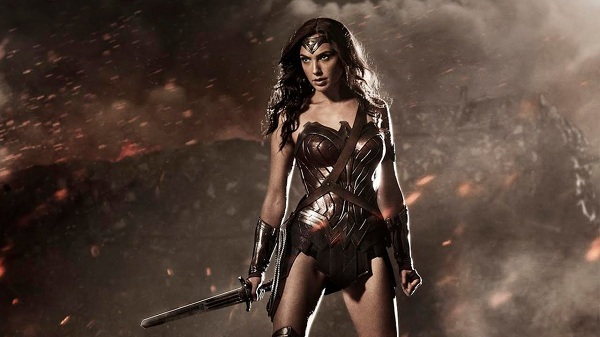 Superhero and comic fans rejoice! The first ever Wonder Woman movie is coming out in 2017. Fans will finally have the chance to see the iconic Amazonia wielding her golden lasso on the big screen in her own feature film. But why does such an iconic character need to be played by a white actress? DANA DA SILVA explains why having a black Wonder Woman could be great for representation.

It has taken many years for Wonder Woman to finally grace the screen, in the first film adaptation of the character, ever! For comparison, Batman has been in eight movies and Superman, seven. Wonder Woman finally made an appearance in Batman V Superman: Dawn of Justice, yet the comic book character has been around for 75 years.

Wonder Woman was the first prominent female superhero to emerge on the comic book scene, and is one of the longest running comic book characters. Wonder Woman, aka Diana Prince, was created in 1941 by William M. Marston in a time where the roles of women were rapidly changing. His goal in creating Diana was to create a “new type of woman who should, I believe, rule the world.”

Over the years, she’s become a symbol of women empowerment, and she kicked some serious butt in Batman V Superman. So who was eventually chosen to wield Wonder Woman’s Lasso of Truth? Former Miss Israel, Gal Gadot. We’re excited that a female superhero is finally getting her own film, but when looking at what she represents as a character, we have to ask, why is she white? Why is this character not played by a black female actress?

Now hold up. Before you all start arguing that her race is part of the history of the character, that we should just make a new black superhero instead of changing her skin tone, blah, blah, blah, hear me out first. In today’s context, diversity of characters is still quite low and whitewashing isn’t new to the movie industry.

Watch this if you don’t believe me:

Representation is important to have. Making Wonder Woman black would help us look at this epic character in a new light and would give young black women a strong female icon that they can identify with. The more we create spaces for black female characters, the more we can chip away at the corrosive racial stereotypes in which black people are generally cast, ie wisecracking sidekick, sassy woman who needs saving etc etc. Let’s not even pretend that black women haven’t BEEN cosplaying Wonder Woman.

Artist Markus Prime has been tackling this issue of representation by drawing pop culture characters and superheroes as black and non-binary. He explains why it’s important for kids to see themselves represented in comic books: “Ninja Turtles’ is already one of the most popular cartoons of all time, so just imagine how many black girls probably would have wanted to become news reporters, or how many girls would’ve been like, “I want to be an actress!” because they saw a black woman featured in some of the most popular cartoons and movies in the country,” he said in an interview with the Huffington Post.

My niece at a princess party… As Princess Diana of Themyscira! #28DaysOfBlackCosplay #wonderwoman @BlackGirlNerds pic.twitter.com/udhtnkOqAU

For a character that has been around as long as Wonder Woman, wouldn’t it be great to see her as a black woman? What is it with these tendencies, Hollywood? I’m sure Kerry Washington, Viola Davis (you know she could kick anyone’s ass), Taraji P. Henson, or Paula Patton, to name a few, could all slay as Wonder Woman. Sadly, we will probably have to wait a couple more years until Hollywood decides that representation is just as important as casting white men in everything.