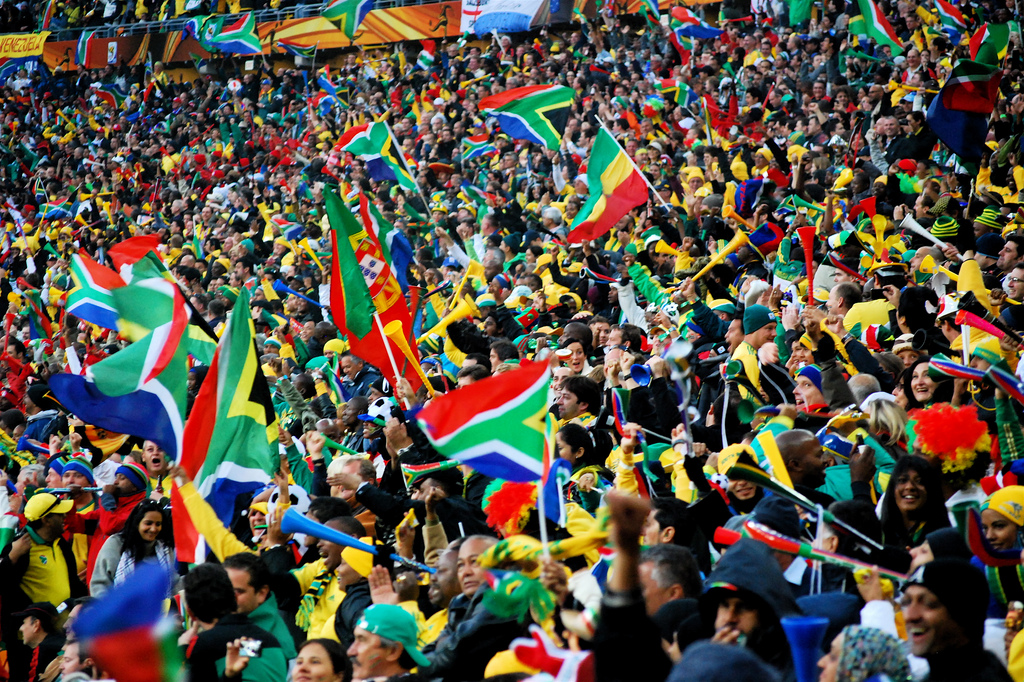 “The management of the station decided to introduce this because we watch TV and we love sport but when it comes to language we don’t understand what other people are speaking. Some of our youth can understand English and sometimes Afrikaans but our elders who love sport don’t understand the language,” programmes producer for X-K FM Piorro Mushavanga said in an interview with The Daily Vox.

X-K FM is a community radio station based in the Northern Cape. It’s listenership is primarily based in Platfontein, a dusty and arid little region just 15 km outside of Kimberley. It’s community consists of two San tribes, the !Xun and the Khwe.

“We saw with our programmes that when we use our own languages then they understand it and it seems like they are responding to what they heard on the radio,” said Mushavanga.

X-K FM thought of introducing sports commentary on its show to draw in sports fans and attract a larger listenership. The first match it provided sports commentary for was the Soweto derby between Kaizer Chiefs and Orlando Pirates earlier this year.

Speaking about the live commentary during the Soweto derby, he said: “Even the SABC crew and the other stations who were there commented on the commentary in these two strange languages. The TV which was broadcasting the match zoomed in to our commentators. Ever since, people are calling us left, right and centre to know what this is, who are these people and where do they come from, is it for real that this language is being spoken in this country South Africa?”

The station has approximately 6 000 – 8 000 community listeners, he said. Towards the end of last year, the station had around 16 000 listeners. Mushavaga said he will only know at the end of the month how many more people listened to the station because of it’s world cup commentary, but he is expecting more listeners.

Oscar Kambinda (32) is a Platfontein resident who is keenly keeping up with the World Cup through XK-FM’s broadcasts. Kambinda is favouring defending champions Germany and had thus far been disappointed with his team’s performance. Kambinda said he is proud that XK-FM is providing commentary in his mother tongue.

“Most of our people are over the moon. We listen to the commentary, it’s very good because it’s our language so we understand it,” he said.

“At least South Africa is trying to represent our languages,” Kambinda said.

“I don’t know how to say what this means to San people,” another Platfontein resident Kahapo Dapaisa (38) said, “it’s important because it’s our own language.”

Dapaisa said it’s particularly important for the older people. “For old people it’s very nice, when they see TV or listen to the radio in their own language. How many years was the world cup and old people could see what was happening but couldn’t understand? Now they can understand the names, what’s going on, which team wins,” he said.

“Previously the government just left us, for many years,” said Dapaisa. He hopes the president will create an awareness about the Khoi and San people. “Maybe the president can do something for people to know about us, people just know some history but they don’t know our language. People can know, there are San people,” he said.

Wilders Kaunda (43) said other communities in South Africa get everything, but it seems that the government has forgotten about the Khoisan. “The Khoisan was the first people in South Africa. The language is very important, just like other South African languages. We are people too. Any people have the right to understand,” said Kaunda. 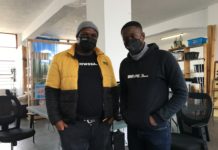