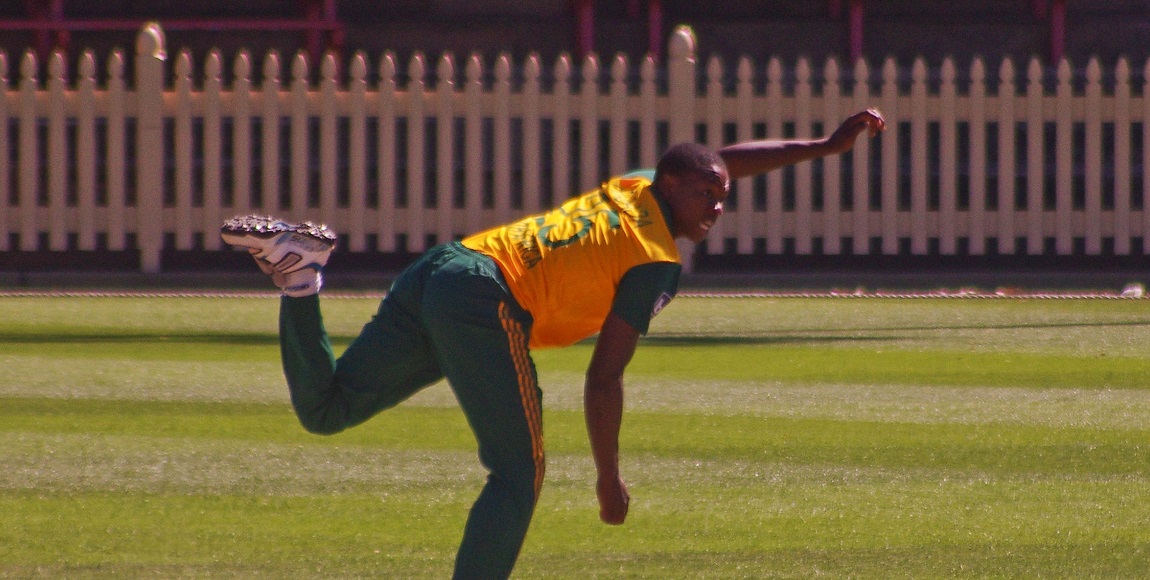 On Tuesday afternoon, the International Cricket Council (ICC) announced that the South African fast bowler Kagiso Rabada has displaced Jimmy Anderson as the Number 1 ranked test bowler. The 22-year-old has been racking up all of the awards and achievements in the past couple years. The Daily Vox team rounds up five of his major achievements.

Following the Proteas 72-run win over India in the first test match of the Freedom Series, Rabada moved up the ICC test bowler rankings to number one.Â Coming out of the match with figures of 5/75, Rabada went ahead of Englishman, Anderson, whose side has not been having the best Ashes tourÂ in Australia. Rabada moved ahead of Anderson by one point, collecting five points after the Indian match to move up the rankings.Â He is the seventh South African player to get to the prestigious spot, after Aubrey Faulkner, Hugh Tayfield, Peter Pollock, Shaun Pollock, Dale Steyn and Vernon Philander.

Speaking about his achievement Rabada said: â€œIt is a surreal feeling. Itâ€™s what you dream of achieving when you start playing the game.â€

3. The youngest South African to take 10 in a Test match
Being 22, itâ€™s perfectly understandable that along with his other accolades, Rabada is also among the youngest to be awarded all these accolades.Â At the age of 20, Rabada became the youngest South African bowler to get a 10-wicket haul in a single test match. The fast bowler took a total of 13 wickets in the final match of a test series against England in 2016. At the time, he also held the joint record with Makhaya Ntini for the most wickets in a test match.Â  He helped guide the Proteas to a 280-run victory over the English, despite the Proteas losing the series.

4. The second player ever to get a hattrick on ODI debut
The year was 2015, and Rabada was making his ODI debut against Bangladesh. That would have been significant enough given the bowler was making his debut at the age of 20, but the day was made even more special with Rabada becoming only the second player ever to get a hattrick on debut. For those who donâ€™t know what that means: a hattrick in cricket is when a bowler manages to take three wickets in consecutive deliveries. Rabada finished that match with figures of 6/16 which was the best by a debutant ever. The only other player who held the record at the time was Bangladeshi spinner, Taijul Islam, who got the title in 2014, picking up three successive wickets in Zimbabwe. Sri Lankan bowler, Wanidu Hasaranga, joined Rabada and Islam as the only bowlers to get a hattrick on debut and became the youngest, taking that away from Rabada.

5. The second best figures by a South African in Test and ODI cricket
2016 really the year of Rabada, and the reason why he won cricketer of the year. During a test match against England, Rabada took 7/112 in a single innings and still managed to say â€œI donâ€™t feel Iâ€™ve arrived yet; thereâ€™s still lots of work to be done.â€ Those were also the best figures by a South African in a test innings since 1957 when Hugh Tayfield took 9/113 (but we donâ€™t count Apartheid cricket history, right?) He then went onto get 13/144 in that final test of that series, which was the second highest bowling figures after Ntini. Additionally, it has only happened 24 times in South African cricketing history that a bowler has taken seven or more wickets in an innings and from amongst SAâ€™s test players, only 19 have managed to get 7 wickets. During that test match, he become the second player in history to take six wickets in an innings in both tests and one-day internationals before the age of 21. The only other player with that record is the Pakistani legend Waqar Younis.

At only 22, Rabada is already making South Africa proud and we canâ€™t wait to see what else he achieves.