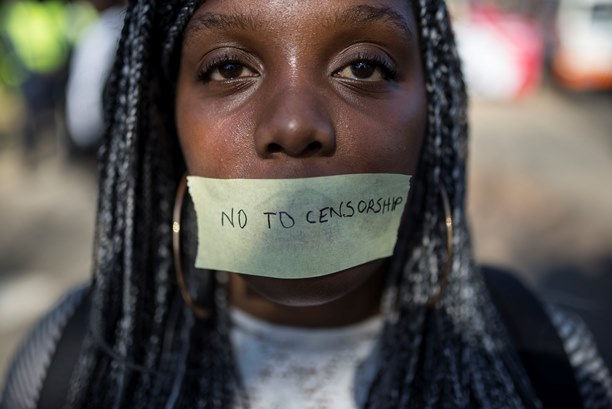 World Press Freedom Day on 3 May 2017 marks twenty six years since the adoption of the Windhoek Declaration on Promoting an Independent and Pluralistic Media. On this occasion we wish to remind ourselves that free and diverse media is critical to promoting transparency, accountability and the freedom of expression that are vital to a democracy that meets the needs of its people.

Twenty-three years into democracy, we note with sadness that, instead of opening up the airwaves and promoting the free flow of information that enables us to hold our government and each other accountable, the state, capital and other powerful interests continue to chip away at the freedom and independence of our newspapers, our magazines, our radio and television stations, and to promote a press that is uncontroversial and subservient.

Media is a public good â€“ a constitutional right that is the key to the realisation and defence of other rights. If media consumption and production opportunities remain in the grip of monopolies, they will continue to be enjoyed disproportionately by the economically powerful. In a country with such high levels of poverty, unemployment and inequality, appropriate interventions may be necessary to counter market forces that contribute to this phenomenon. We should not have to choose between media that are beholden to political interests and media that are beholden to corporate interests.

We call on South Africans to be vigilant and defend media freedom whilst demanding media transformation to create an independent media landscape that can serve the communication needs of everyone in South Africa. We need more media, not less; more voices, not fewer.

A legal framework for repression

The legal protections of the Constitution risk being undermined by a range of new legislation and the revival of apartheid laws aimed at suppressing freedom of expression. Some examples include the (still unsigned) Secrecy Bill that will criminalise reporting on corruption, the Film & Publication Board Amendment Bill that extends the stateâ€™s moral policing to the internet, and the draft Prevention & Combating of Hate Crimes & Hate Speech Bill that would criminalise â€œbringing contempt and ridiculeâ€ onto politicians or corporate executives.

We reject any legislation intended to undermine investigative reporting, suppress freedom of expression and protect the powerful from criticism.

Surveillance and harassment of journalists

Journalists also face harassment and intimidation from police and security personnel for simply doing their jobs. In 2017, in an extreme case of police brutality, Godknows Nare was gunned down by police in Roodepoort, South Africa under murky circumstances (the IPID is yet to release the outcome of their investigation). We demand justice for Godknows Nare and an end to police brutality and harassment of journalists.

The stateâ€™s surveillance powers are also being used to target journalists. Last month, the amaBhungane Centre for Investigative Journalism launched a court challenge to South Africaâ€™s main surveillance law, RICA, after confirming that one of their journalists, Sam Sole, was bugged. We fully support this constitutional challenge as we have seen these powers abused to spy on journalists and media workers. We continue to monitor the trial of a former member of the policeâ€™s Crime Intelligence Division who is accused of tapping the phones of two Sunday Times journalists, Mzilikazi wa Afrika and Stephan Hofstatter, while they were reporting on scandals in the security structures.

The surveillance of journalists is a clear threat to media freedom and the safety of their sources. There must be an urgent review of the powers and oversight of the state security structures to bring these abuses to an end.

The majority of people in South Africa rely on our public broadcaster, the SABC, for their access to information. In recent years we have witnessed the SABC increasingly becoming a mouthpiece of the state and ruling party; wilfully underplaying the stateâ€™s illegitimate use of violence against the people of this country, censoring programming that asks why our public representatives have failed us and wilfully misinterpreting its editorial policies and regulations to silence opposition parties and the public from airing their grievances and opinions.

With a new interim board, a mobilised public and the courageous stand taken by workers such as the SABC 8, 2017 offers hope for renewal at the public broadcaster. But action has yet to be taken on the Public Protectorâ€™s report which found former SABC COO Hlaudi Motsoeneng and others guilty of the abuse of power and maladministration. We take this opportunity to reiterate our demand for independent public broadcasting and the full and urgent implementation of the recommendations in the Public Protectorâ€™s report.

The countryâ€™s massive inequalities are replicated in media consumption. While the middle classes have a rich media experience and access to a wide range of local and international media on a variety of ever-improving platforms, those in poor and rural parts of the country may have to make do with just a local language SABC radio station at best.

Right2Know has consistently said that media freedom and media diversity are inextricable and that one without the other is meaningless. Media ownership in SA remains highly concentrated and so it is important that we have better funding, with no strings attached, for community and alternative media. We need a media landscape that is more inclusive and that fosters more platforms for more voices, especially those that are the most marginalised. And we need to put an end to the predatory business practices of media giants like Naspers, which has actively undermined media diversity by undercutting small local competitors. We demand greater media diversity including public investment in public and community media.

The internet and digital technologies are changing the way media is produced and consumed. In the past decade South Africa has enjoyed blossoming mobile phone networks and internet access, creating new and opportunities to produce and share knowledge, new mechanisms for exercising the right to know.

However, there are a number of limitations and threats to the democratising potential of these technologies, most notably the effective duopoly of mobile phone companies, whose profiteering make mobile internet access too expensive for the majority of people.

We reiterate our call on government stop this cartel-like profiteering and adopt policies that enable greater internet access and facilitate the creation of community-owned networks. We welcome proposals in the recently published ICT White Paper to limit spectrum allocated to the incumbent corporations and promote open access of spectrum.

Network access is only the first hurdle in securing the rights to expression and information access on the Internet. Right2Know remains concerned by efforts to regulate online content pursued by the Film and Publication Board and the drafters of the Cybercrimes Bill, as well as the surveillances provisions of RICA.