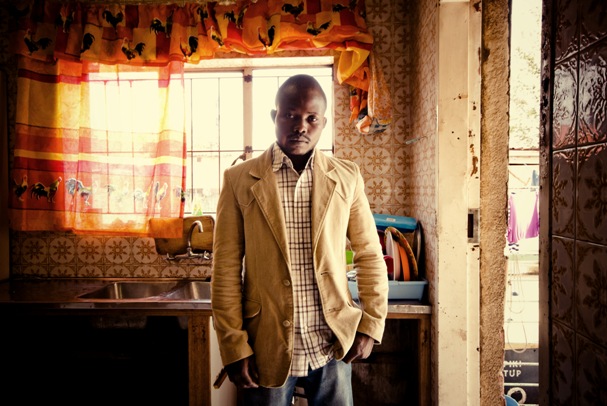 International laws, agreed upon by 147 countries, state that refugees should be protected and receive assistance, including food, water, shelter and medical care, from host countries. But this is often not the case.

According to Loren Landau, director of the African Centre for Migration and Society at Wits UniversityÂ Â at least 120 foreign nationals were killed were killed in South Africa in 2011. Five of these were burnt alive. In addition, 100 foreign nationals were seriously injured, over 1 000 displaced and 120 businesses forced to close through violence or the “selective enforcement of by-laws by the police.

Writing for the Institute for Security Studies, theÂ Independentâ€™s foreign affairs editor Peter Fabricius said that â€œthe South African government mostly dismisses xenophobic violence as â€˜ordinary criminality.â€™ Perhaps that explains why it now seems to be becoming routine in South Africa â€“ almost accepted as an inevitable part of the South African way of life, like other violent crimes.â€

â€œOne suspects that the government does not see it as being in its political interests to acknowledge xenophobia, because it contradicts the image of a country that embraces diversity and welcomes especially Africans,â€ he added.

Remy and Shugri fled their homes to find a safer life in South Africa. But things have not been easy for them. Remy (30) is an asylum seeker who fled the Democratic Republic of Congo (DRC) in 2002. This is his story:

â€œI am eldest child and I have eight younger brothers and a sister back in DRC. Life was difficult for us. I saw my family suffering without having anything, no food on our table. I would throw myself into the sea if that meant finding a means for them to survive and get a better life. So that is how I began my journey â€¦ â€ Remy explains.

Even though the war in DRC has come to an end, there are still regions where high insecurity prevails with the presence of many armed groups waging low intensity wars.

â€œI tried my level best. I even tried joining the army because it was easy. If you go into the army then you know that you are going to get a salary that is going to at least sustain you. But it didnâ€™t work out for me because I wasnâ€™t born to do that. I saw that it wasnâ€™t really working out for me. So, that is when I decided to leave.â€

As Remy was about to embark on his long journey through Zambia, Botswana and Zimbabwe, he caught malaria and fell very ill. He had no option to get treatment during the journey.

Coming to South Africa was hard, not speaking English or any South African language which would have made it possible to seek healthcare or assistance. â€œIt was tough for me to also start picking up my life, to stand on my own feet. I had nothing here â€“ no family, no friends or anyone who could help me,â€ Remy explains.

After a period of stability Remy was caught up in the wave of violence during the xenophobic attacks of 2008. He had to flee when armed mobs raided the neighbourhood where he lived, seeking refuge at a local police station and then later in displacement camps where xenophobic threats continued.

â€œThe xenophobic attacks, have been the worst part of my stay in South Africa. It was terrible to see my fellow African brothers trying to throw us out. They told us we didnâ€™t belong here and that we had to go back to our own countries â€“ driving us away from the community, away from the city, away from where we used to live, it was a very bad experience.â€ â€œMost of the time, a lot of people are being killed in Somalia â€“ this is one of the main reasons that forced me to leave Mogadishu and come here to South Africa eventually,â€ Shugri explains.

â€œMy grandmother and father were killed in Mogadishu. I donâ€™t know who killed them. There is constant fighting and deadly cross fire in the city. When you leave your house to the market, then you will find people dead in the street and nobody knows who killed them,â€

But violence isnâ€™t the only challenge associated with the conflict in Somalia.

â€œForget about anything that can be called healthcare. There is too much killing that is going on and there are too few hospitals with staff that who can treat you.â€

It became impossible for Shugri to survive there and she decided to flee the country.

â€œLife is too hard. You get used to hearing bad news all the time, about someone dying. Sooner or later it is someone you know, a relative, like my dad and my grandmother. I had to leave.â€

Shugriâ€™s journey was a tough one, taking her along the east coast of Africa, travelling first by boat to Mozambique, and then overland into South Africa. She suffered much hardship and watched fellow travellers die along the way.

â€œOn the way I spent some days without even eating. On the boat there was no food and little water. We sailed for days without eating and drinking water. There was an old man with blood pressure problems â€“ he died on the way. They put his body into a sack and they threw him into the oceanâ€¦â€

â€œWhen we arrived to Mozambique they arrested us all the people. Some of us got malaria in while being kept in the cells. No one gave us medical care and some of us died without access to doctors.â€

The months she has spent in Johannesburg have not been easy either, but the she feels safer here than back home.

â€œWith the violence that keeps on going in Somalia, you cannot tell them to stay there. They suffer and they same things await them on the way. It is a dilemma that we face. However hard it is, they have to face the difficulties in fleeing because they donâ€™t have peace at home.â€