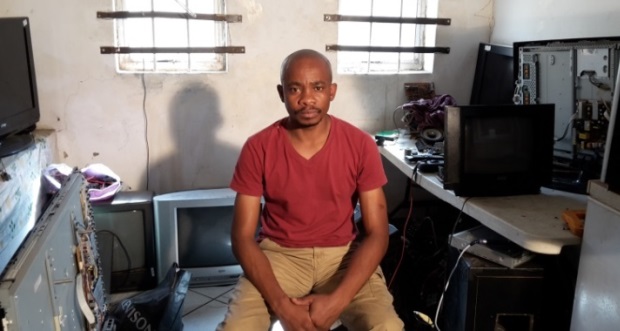 It has been almost year since the outbreak of xenophobic violence in Kwazulu Natal, which killed seven and displaced about 5,000 others. China Ngubane returned to Durban and spoke to WILLY KANA CHIKURU, originally from the DRC, about how much has changed for him since returning home from the Isipingo refugee camp.

I came to SA in 2011. I experienced both good and bad things. I am a camera man; I opened a photo shop which provided internet, video filming, CV typing etc. I was a victim of the 2015 xenophobic attacks. My shop and my house were looted. We found ourselves at Isipingo police station and later we were relocated to the Isipingo camp where we stayed for about four months.

It wasnâ€™t easy coming back to my normal life. When we moved from the camp, I received a small reintegration package from the UNHCR [United Nations High Commissioner for Refugees]. As a family man, I received R7, 000 and R3, 000 for business start-up. I was lucky that my property was looted but my shop was not taken and my landlord allowed me to start operating and to pay rent as I recover. I was able to recover quickly because of my business connections. I managed to recover business but my house was already taken, and I had to find somewhere else to stay.

I never recovered fully, there are still many challenges. I was working with two girls but now I am working alone, and itâ€™s mainly because I cannot afford to employ someone.

From the camp, there was no proper reintegration process. My own customers are still calling me “kwerekwere“. if I delay to do some services, the first thing they tell us that â€œsizabashayaâ€ (we will beat them). And this worries me because really there is no apparent reason for them to treat me in that way.

I am staying with South Africans, and for instance if the toilet is not clean; I am the first person to be blamed. One is always in fear, especially those travelling by taxis; conversations by local people are usually against African nationals and it is almost impossible to receive calls and talk freely in your mother tongue if you are not South African.

There is aÂ need for proper integration and cohesion. Part of the challenge is that immigrants do not know their rights and that South Africans do not know why other African nationals are here. They should be made aware of the laws that protect the Ã©migrÃ©Â [immigrant] community. There should be more dialogues engaging locals and migrant nationals.

Xenophobia is still surrounding us. On social media we are receiving messages that say foreigners must go, â€œkumele bashawe, sizo shawa futhiâ€ (we must be beaten, and we will be beaten).

As told to China Ngubane.Â