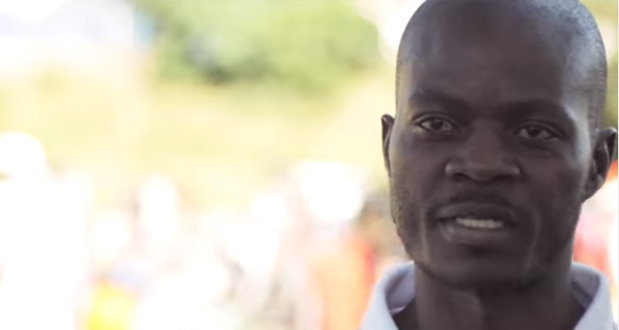 Over the last few days, Doctors Without Borders (MSF) has released a series of videos, titled Voices from the Camps, highlighting the experience of victims of xenophobia. In the final video, STEVEN MAWARE from Malawi, who worked at an NGO caring for disabled people here in South Africa, shares his story with MSF.Â

My name is Steven Maware. Iâ€™m from Malawi. I came here to South Africa in 2010.

This xenophobic system that just happened now â€“ itâ€™s forcing me to go back home. But even if Iâ€™m going back home now, Iâ€™m planning to come back here in South Africa, because since 2013 in June I was working in a non-profit organisation whereby they are taking care of people with a disability. I will come back because there is money here in South Africa that I have already worked for.

I can say people are feeling all right seeing the buses standing there, because theyâ€™re waiting to go back home alive.

This violence was started in Isipingo. Itâ€™s surprise, because we not expecting such a thing to happen to us.Â They said the foreigners must go back to their own home. We donâ€™t even need a grade to be foreigners, because I understand that everyone is a foreigner â€“ even those people from South Africa too, they are foreigners.

Yesterday we were even in a funeral whereby another person has been killed. He was killed behind your back â€“ a few metres from where you stand now. So this man was buried there at Shallcross, which also brings fear to our lives.

Let me go back home first and I will come back if I heard that there is a little bit quiet. But I know in South Africa, this attackÂ willÂ never come to the end. Thatâ€™s what I know. Because first of all they put in their mind that foreigners are not humans. If they came to understand that foreigners are people like them, then all these things will come down.

– Editorâ€™s note: Steve Maware was repatriated to Malawi on 30 April, shortly after speaking to MSF in this video.

– Featured image: Screenshot from the video.Â