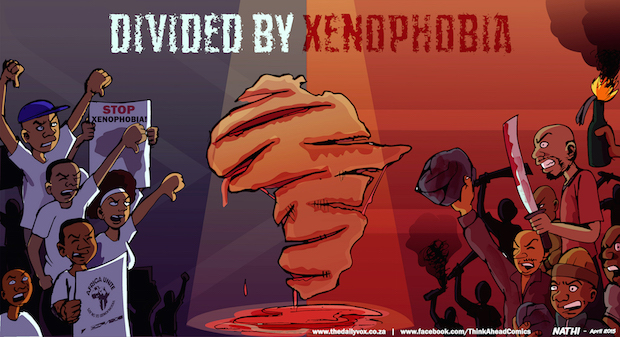 The ongoing xenophobic violence, apparently sparked by comments made by Zulu king Goodwill Zwelithini earlier this year, spreadÂ furtherÂ this week, leaving African migrants fleeing for safety. At least six people have been killed, and thousands have been displaced.

Meanwhile, South African politicians continue to hem and haw over the matter, decrying the violence whileÂ drawing links betweenÂ undocumented immigrants and unemployment. But there are no grey areas in this debate. There is no justification for the horror that has been unleashed on people who are simply trying to live their lives in peace.