Home As Told to “Of course killing people is wrong, but we still want them out...
WhatsApp
Facebook
Twitter
Email
Print 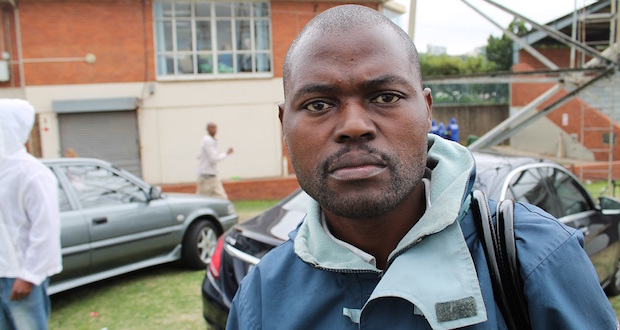 Over the past few days, the eThekwini Municipality has seen protestors for peace and protestors against it, people calling for an end to xenophobia, and people openly supporting xenophobia. This inhumane anti-foreigner stance, which is clearly not uncommon in South Africa today, has boggled middle-class South Africa. Qiniso Mbili asked SANELE WANDA, who lives in Umlazi, Durban, why he believes foreigners should return to their countries.

I am from uMlazi and I do piece jobs here and there. I used to work as a security officer here in the Durban city, but my job got snatched away from me by a foreigner who promised my boss to do the same job at half the salary.

When foreigners get jobs they never join unions and this opens them up to exploitation. It is during this process where the power of labour federations is dumbed down to almost no effect.

When my boss fired me, he told me he had to shed staff because business was not coping; he told me the best he could do for me is to halve my salary. I had been earning R1,600: there was no way I was going to accept R800 as my monthly salary; I had been already suffering with my initial salary.

I do not condone the violence which South Africans are using, but again I do not blame them. People have been saying for a long time that these people must go; the government knows that we want them out. More and more of them keep entering the country while the resources are on the decline â€“ now we have to battle for even less resources with even more people.

Not all of them are drug dealers, but it is a known fact that they dominate the drug market. We are tired of acting like we donâ€™t mind all of this.

South Africans are divided into two groups right now: the xenophobic and the anti-xenophobia groups. If you look closely into these two groups you will realise that the xenophobic group is dominated by the working class and the other by the middle class and better.

The reason for this is that we, the working class, are the ones who feel the consequences brought by the foreigners. Most of these foreigners donâ€™t live in the suburbs; they live with us in the township. They sell the drugs to our kids; we have to compete with them for jobs. The middle class and higher [class] donâ€™t experience any hardships with them; hence, they donâ€™t mind them being here. You can even see that this peace march is dominated by whites and black people who are well off.

A march like this is a carpet under which the real problem is being pushed. The government should not beg the people to stop what they are doing; it needs to give them a reason to stop. Give us jobs and strengthen the fight against crime so that we have less to complain about. I am strongly against this march as it minimises our grievances to barbarism; the government knows whatâ€™s wrong and needs to fix that.

This anger that we direct to the foreigners stems from a number of things that are wrong with this country. For example, one thing that gives the impression that all foreigners are illegal immigrants is the fact that our border security is weak. People are beating up foreigners because they have all the time in the world to do so since they are unemployed. Fix things like that first.

Of course killing people is wrong; that is not the way to do it â€“ but we still want them out of the country.
When we fought against apartheid, we wanted to live better lives. There were almost no foreigners back then, now that that battle has been won, they flooded our country to enjoy the same rights and resources that we fought for. Now we canâ€™t even enjoy the fruits of the freedom that we fought for. The fruits of freedom are only reaped by the rich and politically connected. South Africans are angry because they expected that life would be better after the apartheid regime was defeated. We want foreigners out of the country because we think that life will be better after they have gone.

When the people realised that the apartheid regime was unfair, they made their opinion known â€“ this was long before they got up in arms and fought for what they wanted. In order for the government to realise that we were serious we had to resort to violence and fight fire with fire. This set a precedent for South Africans and now they know that when their voices are undermined, they should resort to violence.

Editorial Note: The Daily Vox condemns all forms of xenophobia. Much of what Sanele Wanda says about the reasons for xenophobia has been thoroughly debunked;Â however, we also believe that the reality of peopleâ€™s perceptions must be aired, in order for us to understand why this violence against foreign nationals persists in our communities.