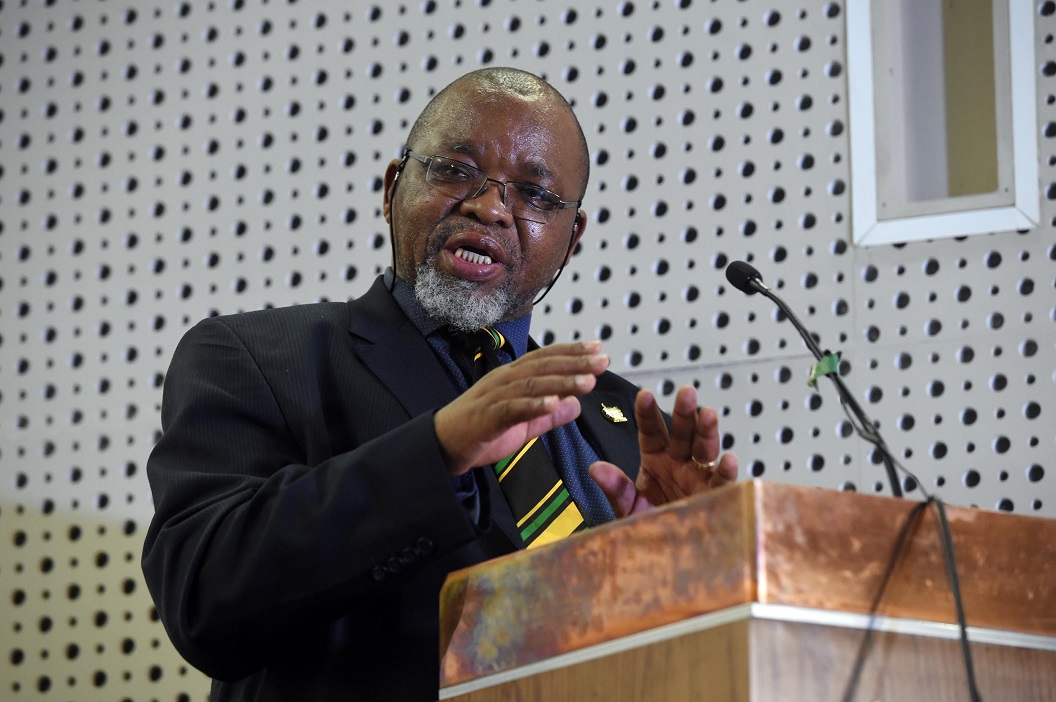 On Thursday, the North Gauteng High Court ruled that mining companies and the government must obtain full and informed consent from communities before granting a mining licence on their communally-owned land – a massive victory for the Xolobeni community of the Eastern Cape against the minerals company Transworld Energy and Mineral Resources (TEM) and its clients in government. The minister of mineral resources Gwede Mantashe was very offended by the ruling. The former chairperson of the South African Communist Party and trade unionist fretted instead about whether or not the community could really refuse the bounty that would surely come from allowing an Australian firm to literally uproot their land.

Watch: My comments on the judgement handed down in the Gauteng High Court in Pretoria today #Xolobeni pic.twitter.com/sDf36L1er5

The judge Annali Basson was unequivocal about what the real issue at stake was. In a report by GroundUp News, she is reported as having said: “It is well documented that customary communities such as the applicants, tend to suffer disproportionately from the impacts of mining activities as they are directly affected by the environmental pollution, air borne diseases, loss of their farm land and grazing land, forced displacement and the loss of community amongst other things.”

The reasons why this community has chosen to reject this planned mine adjacent to, and on, their land (located on the Wild Coast, some of the most pristine in South Africa) are perfectly valid. Mining is an incredibly messy business, and titanium dune mining – the type proposed by TEM – is no different. The people of Xolobeni are not stupid. The process will pollute the ground and the air, deprive them of grazing and farming land, not to forget access clean water and fishing.

There are historical reasons for the community to believe that the mine would destroy the area: The Mail & Guardian reported that another mining company, located within the Australian minerals conglomerate that owns TEM, caused serious environmental damage to a coastline that it was mining in the Western Cape.

“In 2012, the company’s Tormin mine acquired the rights to mine 15km of beach along the Matzikama coast for heavy mineral sands, zircon, garnet and titanium minerals rutile and ilmenite. Today, Tormin stands accused of breaching that 15km boundary to the point where a 17m cliff below it has collapsed,” the report said.

Xolobeni Continues To Fight Against A Mine It Doesn’t Want

The cost in human health and lives that the mining industry has wrought upon South Africa is immeasurable. Academics estimate that some 1.6 million people live near to, or on mine dumps. The effects on their health is devastating, and long-lasting.

Even living near-ish to mining activity can be severely detrimental to your health.

But Mantashe doesn’t see it that way. He seems far more concerned that these bumbling peasants don’t know what’s good for them, and actually, the mine would improve their lives. Reacting in Cape Town after the news broke, he reportedly said that, well, if things are to be like this, then maybe we should just forget about mining in South Africa.

“It’s treated like a curse, rather than a blessing. It is not treated as wealth, it is treated more from the negatives. A polluter, these days it’s the deprivation and all those things. That worries me a great deal,” he said.

This is ludicrous of course – the community hasn’t argued for an end to mineral extraction in South Africa – just not in their backyard. Again, this is entirely a fair argument. No community permission, no mining licence, sorry…

The community knows very well that the argument about profits and development in the area are hocum. The promise of an economic boost is just that. A promise that’s been broken again and again by mining companies in South Africa.

Consider the viewpoint of Nobuhle Mazeka, who said in an interview with The Mercury that it wasn’t for anyone else to define for them what a good quality of life is.

And there it is. You don’t need a degree from an expensive school – or indeed, from a fancy Communist Party of China political school – to understand what’s best for yourself.

The Xolobeni community is ‘choosing’ to remain poor, some commentators say. Yeah, and? That’s how choice works. Again, it cannot be stressed enough how damaging mining is to the surrounding community, and it can take decades to repair the harm. In reality, the people are choosing to value their land, community and lives over the coffers of an Australian company that doesn’t give a fig about any of them.

Let’s leave aside the hilariously bad and wrong take that in the context of the severely imbalanced society we live in, when a corporation moves into an area, it’s good for everybody, especially the very poorest and least educated. Where? How?

It is staggeringly arrogant for anybody to assume they know better than the people of Xolobeni about what’s best for Xolobeni. It doesn’t matter how big your corner office in Sandton is.

The community is right to fear that this isn’t over by a long shot. The pockets of the corporation are deep, and Mantashe has chosen class traitordom over solidarity. They are right to be very afraid.