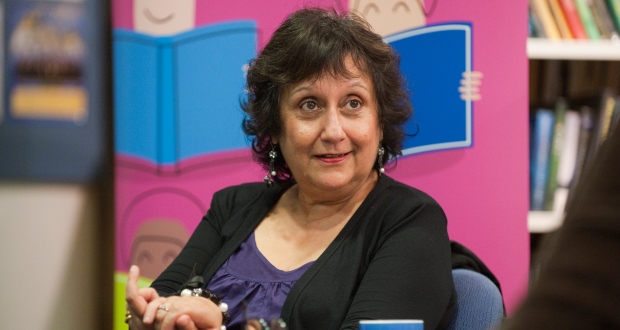 Yasmin Alibhai-Brownâ€™s book, Exotic England: The Making of a Curious Nation isÂ a study of immigrant integration in England, and the way different cultures have come to make it, supposedly, more culturally receptive. But, the author misses some very important points, as FATIMA MOOSA found out.Â

This book is a study in contrasts. Starting from the title, and all throughout, the book is littered with contradictions. This seems to fit, especially considering how contradictory her subject, England, is. It is far from â€œexoticâ€; in fact it conjures up images of grey skies, old buildings, and decidedly boring food. In her book, Alibhai-Brown traces the history that England has had with the â€œOtherâ€ (people from Africa and theÂ Middle East), as she terms it.

She takes the reader through a history of England, starting from the Empire to theÂ present, punctuated by interesting encounters that the English have had with the â€œOtherâ€. Alibhai-Brown is an immigrant herself – she came to England from Uganda with her parents and identifies as Ugandan-Asian. Essentially, the story that is being told is one of idealism. The author acknowledges all the ways in which the English have may be failed to be accommodating to people from other lands, but she seems to be firmly behind the idea that England is multicultural and culturally receptive.

She traces how, throughout history, England (as opposed other European countries, as she continuously points out) has been welcoming to other cultures. Alibhai-Brown also looks at what it means to English and, perhaps taking into account her own history, she says that being English is filled with a mixture of cultures and that there is no agreement of what it actually is. This resonated with me because there is no place in the world where a personâ€™s identity can be solely defined by oneâ€™s nation, since there is no country where only a single group of people lives.

While the book has many good points, it falters when you notice the flaws in Alibhai-Brownâ€™s reasoning. The author looks at Edward Saidâ€™s idea of Orientalism and tries to show unbiased ideas about it. However, she seems to be saying that Saidâ€™s ideas donâ€™t work to a certain extent because instead of Orientalism (which is a reimagining and distorting the cultures and perceptions of Arabs by people in Europe and the US), the English do in fact appreciate and submit to cultural power from the East. There is a distinction between Orientalism and cultural appropriation. While trying to show how culturally receptive the English are towards other cultures, all the author actually achieves is the display of cultural appropriation by the English. She talks about a group of women who are buying saris because they had watched â€œBride and Prejudiceâ€ to show thatâ€™s the English way. Another example that she mentions is David Beckhamâ€™s tattoos. She describes him as a â€œgorgeous African nomadic warriorâ€ because of the Chinese and Hindi text tattoos that he has. Sorry, what?

According to Alibhai-Brown, England is the pinnacle of multiculturalism. However, just because the English might be receptive towards other cultures and moving towards a society where different people and cultures are welcomed, Alibhai-Brown misses something important. She talks at length about how England would not be what it is, were it not for theÂ influence of other cultures, but she does not go into what the cost has been to other cultures.

Another flaw of this book is that the author writes a great detail about integration. She demonstrates this by talking to different people about what they believe it means to be English. But seems to have found many immigrants who live wonderful lives in England and have fully integrated into the society. She does not often, or at all, speak to people from the â€œOtherâ€ who have failed to integrate and have had to pay the ultimate price. This brings to mind Muslim women being harassed for wearing the hijab, Sikh men being accused of being terrorists for wearing a turban, and black youths being victimised simply for not being â€œEnglishâ€ enough.

She talks about immigrants or foreigners having to “become English” to become a part of society. She mentions anti-white hate by black people and Islamic terrorism that is carried on out English shores, and wonders why these types of feelings have arisen by immigrants. Having come to England as an immigrant herself, these sentiments seem naÃ¯ve.

Yasmin Alibhai-Brown might have had a very noble reason for writing this book. She wants the â€œnon-indigneousâ€ inhabitants of England to become part of the conversation on how to make England a better place so that it can embrace its â€œcolourfulâ€ history and multicultural present. However, she just seems to be ignoring or completely disregarding the things that do not fit in with her vision.

A unified and accepting world is something we all want and something that we can definitely relate to here in South Africa, but it is no use having over-hopeful optimism without any realism. I realised that this is something that is lacking in this book.