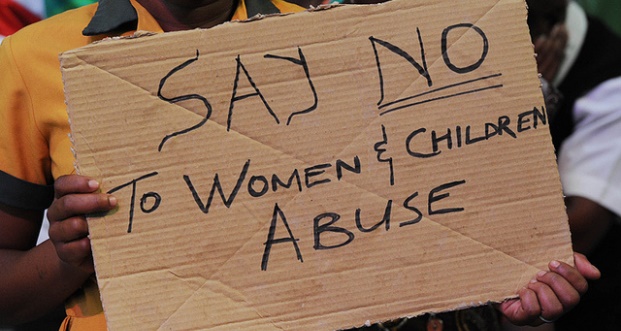 There are ways for ordinary people to help end sexual violence, but it’s going to take a lot more than 16 days to do it, writes STUART LEWIS.

Itâ€™s that time of year again, when every celeb, corporate and politician has something vaguely supportive to say aboutÂ the fight against gender violence, maybe even so much as once a day forÂ a whole 16 days.Â Of course, immediately after the end of the 16 days for no violence against women and children, most of them will go back to whatever it is they normally do and you wonâ€™t hear a peep about stopping rape or domestic abuse from them again – until the same time next year, that is.

If you haven’t yet noticed, Iâ€™m not overwhelmingly optimistic about the effectiveness of theÂ 16 days of activism. Letâ€™s be honest, gender violence is an issue everywhere but in South Africa, it is at pandemic levels.

We have all read the statistics. We know how bad it is but we just donâ€™t want to admit it. It is naive, and frankly lazy, to think that we can roll back this level of systemic violence with an annual ad campaign. Sixteen days is not, and will never be, enough to end gender violence in South Africa.

The other thing we need to be honest about is the fact that we can do little in the immediate future toÂ stop sexual violence. This is one of the hardest lessons I learned over the few years I helped organise the Silent Protest in Grahamstown.

No matter how quick you are to champion womenâ€™s rights or how hard you come down on the perpetrators you are aware of, there will always be someone, somewhere who holds power over another person and who is not afraid to abuse that power.

In South Africa, the numbers are overwhelming, and the political will to do something about those numbers is equally underwhelming.Â We handle cases of sexual violence abysmally at best. Only the tiniest fraction of rape cases are ever reported, and only a fraction of these are ever successfully prosecuted. In Gauteng, for example, only 4% of rape cases are ever successfully prosecuted.

What we can do, however, is change how we as individuals handle, talk about and intervene in the systems that excuse or explain away gender violence.

We need to look no further than the rape case levelled at our own president to see how we talk about rape and those who report rape. (And then, as my colleague Pontsho Pilane pointed out on social media, the same man is allowed to be a keynote speaker at a 16 Days of Activism launch event.)

Our base assumption about the survivors of sexual violence is that they make the terror of their experiences up or lie out of spite, even though statistically men are more likely to be sexually assaulted themselves than be falsely accused of rape.

Rape, and all other forms of sexual violence are, in the end,Â crimes of power. By assuming that sexual violence survivors are making it up, we, as a society, take even more power away from the victims of these acts. This in turn discourages people from speaking outÂ and sends a clear message that these acts are permissible in our country.

But there are ways we can fight this. The simplest and most effective way in my experience is what is called â€œthe bystander approachâ€. This approach, pioneered by gender violence educator Dr Jackson Katz, building off decades of work by feminist intellectuals and activists, doesnâ€™t focus on the naive notion the we can end all rapeÂ or on ham-fisted attempts to make victims responsible for their attackersâ€™ action.

Instead, the bystander approach focuses on you, the average person, who sees some manifestation of rape culture in their daily lifeÂ – whether it is casual street harassment orÂ a seemingly innocuous rape joke (which to be clear is never, ever funny) Â – and does nothing about it. Your silence, Katz argues, is implicit consent that suchÂ behaviour is acceptable and normal.

Although it may not always be safe to physically intervene in a situation like this, we can call it out for what it is and make participation in any of its aspects shameful and socially undesirable. This takes the societal power away from the perpetrators and makes it safer for survivors to speak out against the violence they have been subjected to.

This advice holds true particularly for white, heterosexual men like myself who hold more social power than anyone else and who will more often find themselves in spaces that excuse this kind of violence and who therefore, can wield that social power to help eradicate that same violence.

So the next time someone cracks a rape joke at a party, pull him up short, publicly. The next time someone goes public with a rape accusation against someone you know and trust, take them seriously in much the same way student activists at UCT dealt with the #RapeAtAzania.

Most importantly do this every day, not just during the 16 days marked down on calendar.

Stuart Thembisile Lewis has just completedÂ his fourth year of a Bachelor of Journalism degree at Rhodes University. Essentially a leftie, pinko socialist, his Twitter bio is a collection of all things he does when heâ€™s not stuffing around on the internet. Follow him on Twitter.