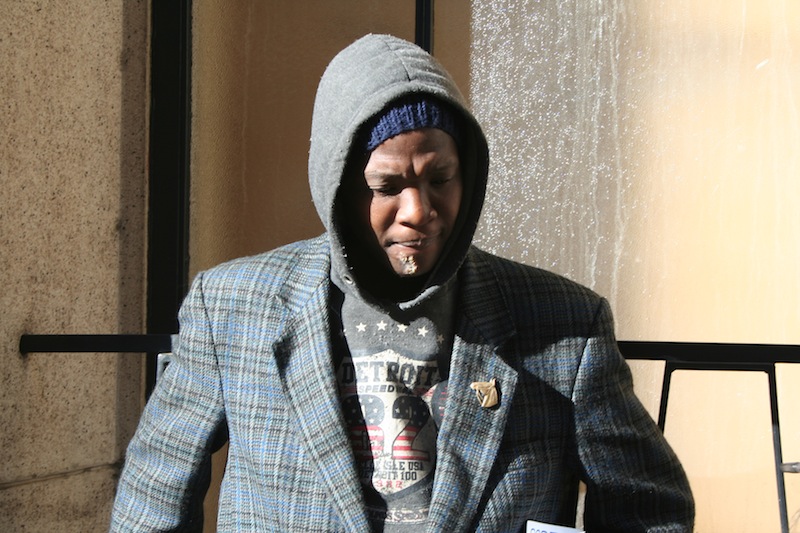 PONTSHO PILANE spoke to young people living on the streets, who are facing a far more subtle enemy than the youth of the 70s did.

Johannesburg, the economic hub of South Africa, is, to many, a city of dreams. In Braamfontein, Juta Street has become a hotspot for young city dwellers who prefer a lifestyle of coffee shops, bars and second-hand clothing. But each night, it is also a place where homeless people seek out corners and ditches in which to sleep undisturbed. â€œI want to go home but not like this,â€ says Simphiwe Ndlovu (20), a homeless young man who lives on the streets of Johannesburg. He rummages through a nearby rubbish bin, looking for something to eat. Simphiweâ€™s left hand is swollen and bruised. â€œAnother homeless guy bit me when we were fighting over blankets,â€ he tells me.

Like many homeless people dispersed around Johannesburg, Ndlovu lives every day as it comes, hoping to just make ends meet. He has been homeless for three years and left his home because he had â€œbecome naughty and the community was against [him].â€ He had no choice but to leave he says.

Home for Simphiwe was Orange Farm. When he was 17, he started smoking marijuana and later moved on to other drugs. To fund his drug addiction, he turned to gambling and burglary.

â€œOur greatest struggle as young people of this generation is drugs,â€ says Simphiwe.

Simphiwe says young people in his hometown were targeted by drug dealers and drugs were easily available. He wants to go to a rehabilitation centre, he tells me, but if youâ€™re young and homeless, getting into a rehab centre is near impossible. There are three state-owned drug rehabilitation centres in Gauteng, and only one of them is geared towards working with the youth. Neo Mcina (19), from Rockville, has been living on the streets for 15 months. The second child of four, his mother passed away just weeks before he became homeless. His siblings live with his aunt in Rockville but Neo ran away to live with his cousins.

Later he got involved in drugs and petty crime, and a warrant for his arrest was issued. He tried to redeem himself by starting a carwash, he says, but was forced to flee his home after he was beaten by a mob of angry taxi drivers, who accused him of stealing hubcaps. â€œI feared for my life… I couldnâ€™t stay there anymore,â€ he says.

â€œI used to have dreams; I wanted to be a dancer. I even won a dance competition calledÂ Zero to HeroÂ and took home the first prize.â€ Kabelo Nchabeleng (26) has been living on the streets since DecemberÂ last year. His father kicked him out over a misunderstanding, he says. Valuable things in their home were going missing and his father concluded he had sold them to feed his drug addiction.

Kabelo, who aspires to be a musician just like his namesake, Kabelo Mabalane, admits that he still smokes marijuana and says it is the only time he feels happy.

He wants to return home, he says, but with things with his father still unresolved, he canâ€™t yet bring himself to do it.

Plagued with criminal records for petty crimes, snubbed by their families and communities, and unable to kick their damaging drug habits; these young men believe they have no option but to live on the streets.

“A person like me is a nobody. When people see me coming down a street, they cross to the other side. That is my reality,” he says.