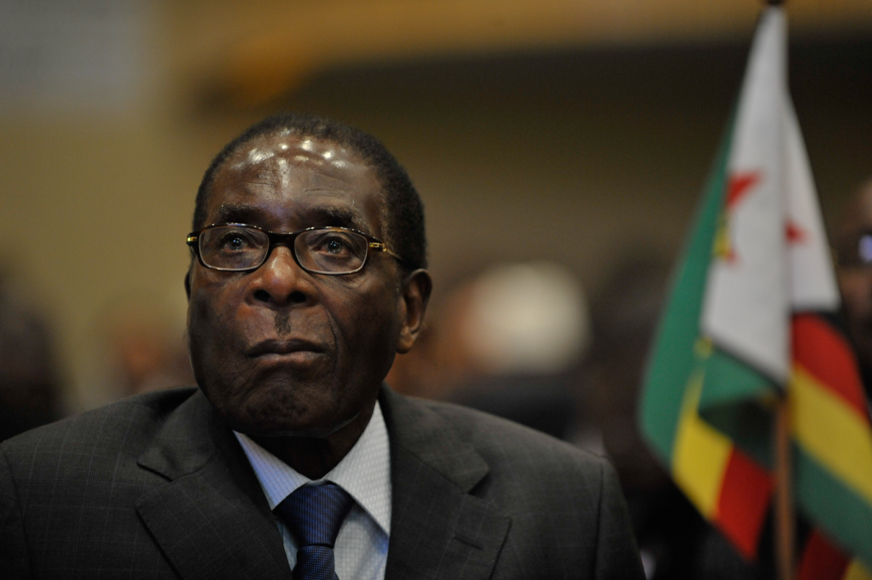 Zimbabweâ€™s ongoing crisis has deepened following a televised, national address on Sunday night by President Robert Mugabe where he failed to announce his resignation as many had speculated. The Daily Vox team asked young people living in Johannesburg about what they think will be best for the country moving forward. Thami Phili, 22, student, Soweto
I was surprised by Mugabe’s speech. I knew that he wasnâ€™t going to go down without a fight. Mugabe has been the president of Zimbabwe for 37 years, he wonâ€™t just get removed because they removed him from the party. He himself thinks heâ€™s above the party anyway. There was no surprise in that speech. You’ve been in power for 37 years and you are 93 years old, you might as well just quit and take a break, you canâ€™t be working for that long. You canâ€™t even make decisions because old people are moody, and thatâ€™s not good qualities. Sharon Mokhele, 21, student, Kibler Park
Mugabe is just being selfish. Heâ€™s been running president for such a long time. People are suffering. As a president he should really look not only to benefit himself, but what are the people getting from him, what are they getting from him as a president. He should be helping the people, not thinking about himself making money, with imports and exports out of China. Itâ€™s just not worth it. At this point I think what the army is going to do is protect the people, but they’re not going to help them by making something different.

According to James Maridadi, an opposition member of parliament, impeachment procedures are already being followed in Parliament to officially withdraw power from Mugabe while the military operation leading the country still remains intact since last week Tuesday. Thato Morake, 20, student, Yeoville
We don’t know if those who take over will be of the best interest of the country. Maybe removing him could be a good thing, but we donâ€™t know his alliances with every other country. We don’t know if he is associated with Trump on the low or the CIA. Didnâ€™t he say that if his wife is taken out of the country, he will step down publicly? But he didn’t, meaning he has backup or something that is going to keep him protected, or he has information that the state may need. I donâ€™t live in the country but if they feel the need to take him down, then they should. Obakeng Modise, 21, student, East Rand
Him not resigning is an act of selfishness. You can also compare it to how Zuma is treating South Africans; itâ€™s only him that matters and not the people. He [Mugabe] was part of the Zanu-PF but he forgot about the people; heâ€™s trying to just hold on to power. As a leader, you need to recognise when youâ€™re not being efficient and give your power to someone else.

Also with them [the army], you canâ€™t just take control over a country – thatâ€™s a big responsibility. If they have some kind of person who knows how to run a country, like the deputy president, because they might also see the splurges and the joys of power they might do the wrong things. Itâ€™s scary but I think itâ€™s time really. I don’t know much about the deputy president, but if the people support him and he has a good agenda, and they [citizens] really trust him then I think it should be fine that he takes over power. If itâ€™s not him then who? We can’t have a country without a president, itâ€™s just awkward.

With deputy president, Emmerson Mnangagwa likely to be elected as the country’s interim president, this Zimbabwean citizen does not think anything will change. Christine Bizabani, 32, academic researcher, Midrand
I think the army are really not for the people. They are for Zanu-PF. They are just trying to put their party in order and they are using us to forward their agenda. When they impeach him [Mugabe], like they are going to do, the ordinary Zimbabwean will not benefit. Mnangagwa who is going to come in stands for the same policies that Mugabe has, he has no new ideas. Everything that went wrong in Zimbabwe Mnangagwa was part of it, there is nothing that we are going to get that is new from them. Except we have gotten rid of Grace, who was even a worse problem. As a citizen of Zimbabwe, I was hoping that for now, we would have gotten rid of Mugabe and that would be a step. If now they were to have a coalition government with the opposition, so that everybody in government has a say in how things are run when the elections take place next year, it would be much better.

Voxes have been edited for clarity and brevity. Additional reporting by Ethel Nshakira