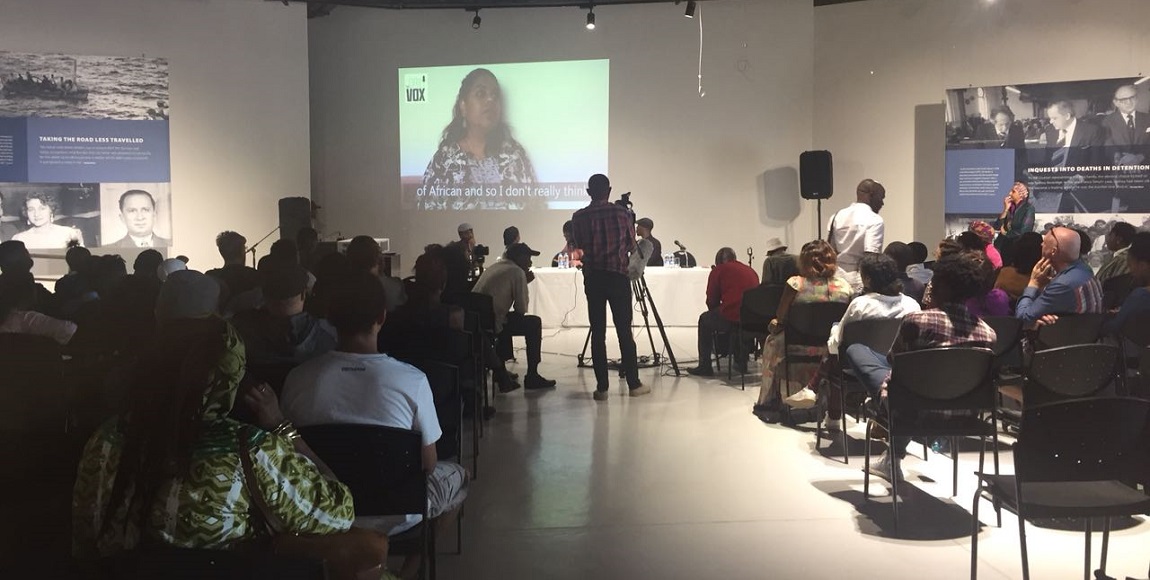 Most young people do not believe former South African president Nelson Mandela was a Pan-Africanist. On the contrary, the youth are quite disillusioned about the global struggle icon.

This sentiment emerged from a panel debate that The Daily Vox, in collaboration with Moments Entertainment, held on 27 April at the Apartheid Museum about Mandela and pan-Africanism. It was held in commemoration of the centenary of the birth of Mandela.

Young South Africans from different backgrounds held a robust conversation about how pan-Africanism is viewed by their contemporaries, how it informs their identities and lived experiences, and also where it does not.

The event was recorded by Moments Entertainment for a documentary on Mandela’s Africa.

There was a diverse range of speakers on the panel which included chairperson of the African Diaspora Forum (ADF) Marc Gbaffou, Cleopatra Mutsila and Phethani Madzivhandila who are members of the Pan Africanist Congress (PAC), Sifiso Mtsweni of the National Youth Development Agency (NYDA), and broadcast producer and writer Nolwazi Tusini.

Madzivhandila said we cannot speak of pan-Africanism without the conversation around the dispossession of the land. He said many have a cosmetic view of what pan-Africanism is whereas it really is a question of economics.

.@phenthani4 says that Nelson Mandela was not a Pan-Africanist. and that the Freedom Charter betrayed the struggle. #TVDPanAfricanism

.@phethani4 Pan Africanism is about repossessing land. Says that the Apartheid Museum is an intellectual property that was also stolen away from a black man. National question of dispossession needs to still be addressed. #TVDPanAfricanism

Tusini said we need to understand Mandela as a complex human being in a different context. She said pan-Africanism is important in South Africa especially with the prevalence of xenophobia. While Mandela was not a pan-Africanist, Tusini said, that doesnâ€™t take away from the work he did.

.@NolwAzi_Tusini says she agrees with the idea that Mandela was not Pan-Africanist. However, says his actions were in service of Pan-Africanism. #TVDPanAfricanism

.@NolwAzi_Tusini says while she understands the importance of contested legacy, she finds it problematic to call Mandela a sellout especially as it erases all of his history. #tvdpanafricanism

Lupiti spoke of pan-Africanism and the poverty of space and how the generations before sought liberation and a space to identify as home.

.@RevLuyolo says the fundamental idea of Pan-Africanism is about generations of people in the continent defending a space they can call home. it’s about seeking liberation. #TVDPanAfricanism

Mutsila said pan-Africanism can be understood in the greater conversation about decolonisation. She said Mandela failed us by expecting the abuser and the abused to reconcile without justice. Another of his failures was not to address structural racism.

.@funzani_ views Mandela as someone who called for a relationship between the slave and slave master. says it is wrong to ask black people to normalise this and accept this reconciliation. #tvdpanafricanism

For Gbaffou, Mandela could only do so much and that young people should build on the good work that he started.

Mtsweni said Nelson Mandela followed the values of Ubuntu, that we are who we are because of others. She added that as young people, we should claim our space and craft the futures that we want to live for.

You can watch the stream of the event below.