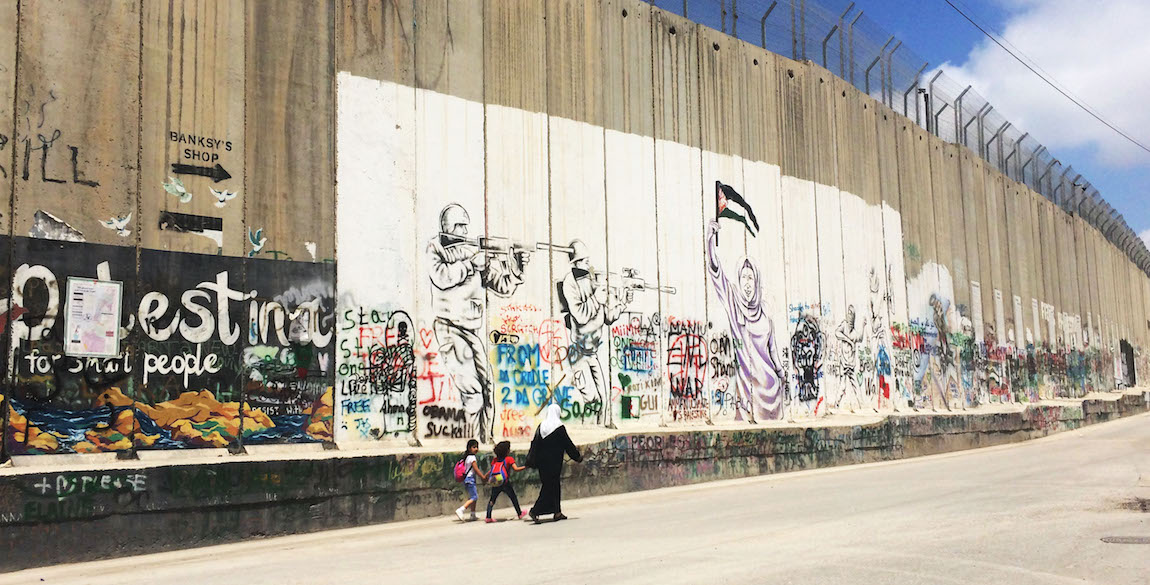 ActionAid SA’s Katherine Robinson reflects on her recent visit to Palestine and the struggle of Palestinian youth. She says that this Youth Day, it must be remembered that the fight for justice and freedom – no matter the location – is one that the international community needs to commit to.

Today, we hark back to 16 June 1976 when thousands of young South Africans rose up to resist apartheid’s inferior education system designed to limit and oppress. Students peacefully protesting were met with apartheid’s excessive force which killed hundreds and injured almost a thousand youths. June 2017, is an especially sobering month, since it also marks 50 years of Israel’s occupation of Palestinian territory and a decade of Israel’s land, sea and air blockade of the Gaza Strip” limiting and oppressing the lives of nearly five million people, most of whom are young. This Youth Day, I contemplate the future of Palestinian youth which hangs in the balance, tipping toward hopelessness and despair.

On that fatal Wednesday in 1976, Hector Pieterson died in the arms of his friend Mbuyisa alongside his sister Antoinette. On a brutal Thursday two weeks ago, 16-year-old Nouf Aqab Infayat faced Israel’s shoot-to-kill policy for allegedly stabbing and lightly injuring an Israeli soldier, all of whom are armed to the teeth, 24/7. Such allegations are frequently used to justify the disproportionate and lethal use of force by a heavily armed military on unarmed or lightly armed civilians. Nouf did not die alone – she died in an Israeli hospital after being taunted and cursed by illegal settlers and soldiers in the occupied West Bank, “Bitch! Bitch! Die. Suffer, they shouted as she lay agonising in a pool of blood.

Today, I reflect on my recent trip to Palestine, where I visited Aida, a permanent refugee camp in Bethlehem in the West Bank home to a growing number of Palestinian refugees from 1948 who were forced to flee the Nakba or catastrophe during the establishment of the state of Israel. At the entrance to the camp is a picture of Aboud Shadi, a 13-year-old boy shot by an Israeli sniper from one of the occupation’s armoured security towers, 300 metres away. He was on his way to buy groceries for his mother, stopping to chat to his friends who were on their way back from school. No knives, no stones and no soap to slip on.

Opposite Aboud’s memorial, there is a wall chock-full with the names of 258 Palestinian children killed in Gaza by the Israeli forces in 2014. On the International Day for the Protection of Children, earlier this month, the Palestinian Authority released a report stating that Israeli forces have killed 3 000 Palestinian minors between the years 2000 and April 2017.

I will never forget the day I struggled to hold down my food after speaking to a lawyer from a Palestinian prisoners’ rights group. He explained that children, who are arrested and detained without charge under administrative detention, are denied legal representation for up to 60 days. During this time they are forced by means of torture and abuse to sign confessions, hence the Israeli military court’s impressive 93% conviction rate for – stone throwing, for which the minimum sentence is three years and the maximum 20 years.

In 2015 the Israeli military conducted 4 568 search and arrest operations in the occupied West Bank. Since 2000, at least 8 000 Palestinian children have been arrested and prosecuted. Almost 60% of sentenced Palestinian children are transferred to prisons in Israel – in violation of international law. Seventy-five percent of these minors report experiences of physical violence during detention and arrest.

This Youth Day, I ponder the minds and hearts of 11-year-olds in Gaza who have already lived through three David and Goliath-esque wars. Forty-three percent of the population in Gaza is below 14 years of age. During Israel’s most recent Gaza onslaught in 2014, 539 children were killed (aged between 10 days and 17 years); 2 956 children were injured; 1 500 children were orphaned; and 54 000 became homeless.

Those that are left to make “homes” amongst the rubble, live in so far as they can survive. As I write, electricity is available for an average of two to three hours per day in Gaza. Youth are forced to study either by candle and torchlight, or they have to get up in the middle of the night to study, when the power comes on. As a result of the power crisis, 35% of the population only have access to water once every four days.

Palestinian young people’s struggle for education and employment in occupied East Jerusalem and the West Bank is somewhat different: in 2015, there were 147 occupation-related attacks on schools, and 143 incidents of denied education, affecting thousands of children. In Hebron, about 4 200 children pass through Israeli military checkpoints on their way to school every day. In 2015, only 41% of Palestinian students were enrolled in the official system in East Jerusalem.

Today I grieve for 23-year-old Muna Abu Meizar who says, “If there was no occupation I could visit my friends in Gaza and my family in Jerusalem.” I mourn with 19-year-old Shahd Juba who wishes she could have “the freedom to move from town to town in my own country.” I lament that 26-year-old Jihan Barath’yah’s wish to “build the house of my dreams and go to the beach whenever I want,” will, for the foreseeable future, remain a dream.

I remember a poignant conversation I had with a Palestinian women’s rights activist at the UN Commission on the Status of Women in 2014. She said, “The occupation is patriarchal.” Her words rang true when I was in Palestine – not only because women bear the brunt of this oppression, but also, like the system of patriarchy, the occupation perpetrates and perpetuates full-spectrum oppression – from the invisible, subtle and systemic, to the overtly heinous, brutal and bloody, combining all forms of violence: economic, emotional and physical.

“We feel forgotten by everyone, including the international community,” says Yasser Toshtash, ActionAid Palestine’s Gaza Programme Coordinator, “We cannot escape this crisis.”

This Youth Day let us not forget Palestine. Let us remember the words written on a wall outside Aida Camp: “We cannot live. We are waiting to die.” Let’s not succumb to the flippant charade and expectation of optimism and hope – the situation is a despairing one, wherein lives are made unlivable. We must take an urgent and committed stand as South Africans and as global citizens. Let’s rise and fight for justice and freedom, because this struggle, like all struggles for liberation and equality, is an extension of our own.

All images courtesy of Katherine Robinson