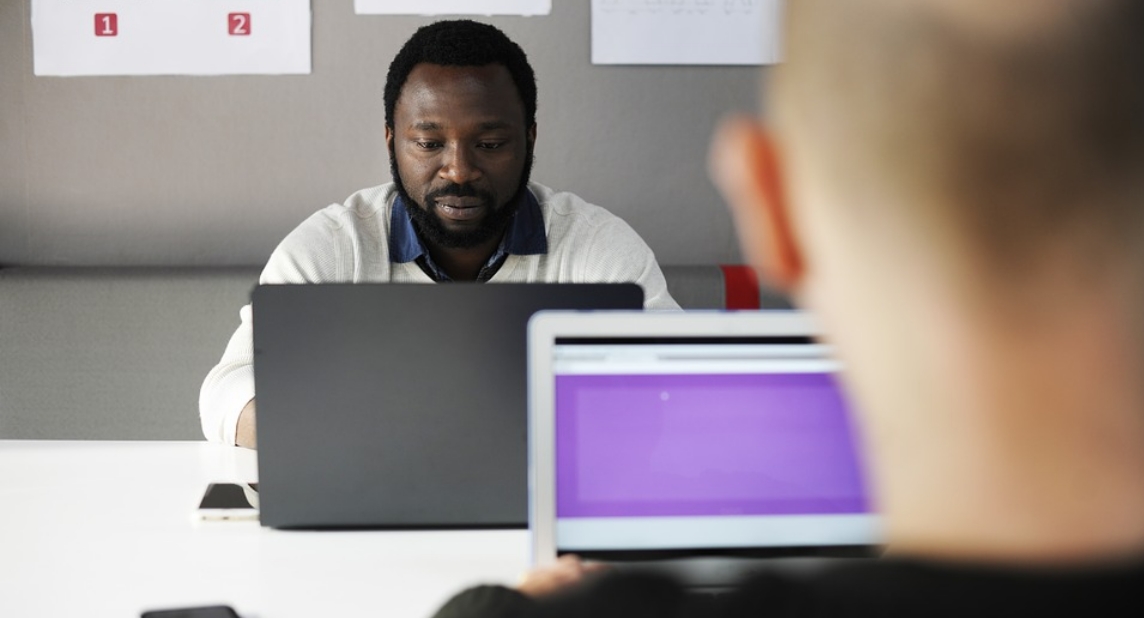 Earlier this week, four First National Bank (FNB) employees were fired by the bank for “political talk and using insulting language” after they made comments about race and DA leader, Mmusi Maimane’s wife on email and a WhatsApp group. The bank said it had intercepted their emails and WhatsApp conversations before dismissing them. The Daily Vox looks at how employers are able to circumvent privacy laws through internal work policies and why we should be wary of these practices.

What the law says
Technically, the Regulation of Interception of Communications and Provision of Communication-related Information Act (RICA), restricts employers from monitoring telephonic, e-mail, and other means of communications that employees use in the workplace. But certain parts of this legislation are written in unclear terms. Section 6, for example, allows employers to monitor communications if they form part of the employer’s business, and while section 2 prohibits the monitoring of employee communication in the course of transmission, it does not clearly specify if the employer is allowed to access it after it has been sent.

What unions say
The Congress of South African Trade Unions (Cosatu) declared the dismissal unfair and has called for FNB to reinstate the employees, saying they were only exercising their freedom of speech. In a statement, the federation said, “While all employees have a legitimate level of curiosity on what their employers do and say during working hours, we reject the idea that people should be punished for participating in national discourse, even if they are using a flippant and jeering tone.”

What labour lawyers say
Wesley Scheepers, a director at labour rights law firm Abrahams and Gross Attorneys, told The Daily Vox companies can establish internal policies and rules which allow them to monitor employee email and social media activity, but will need to prove that employees have breached these policies and rules. “If the company feels that you are bringing them to disrepute, then they can use these internal policies to monitor you,” he said. Scheepers said that companies usually stipulate whether or not they monitor employee emails and social media accounts in employment contracts.

In a radio interview, two of the four former FNB employees said they read the bank policy for information on interception and could not find anything covering this.

Scheepers said employers can also use whatever content you post on social media against you – even if you are using a private cell phone – if it was posted during working hours and brings the company into disrepute. He added that while every citizen has the right to free speech, workplace rules and an employee’s position in the workplace could place limitations on this. “With the growth of social media, employees need to be very aware of what they publish and should consider the impact of what they say,” he said.

What civil rights organisations say
Right2Know organiser, Murray Hunter, told The Daily Vox that while companies may lawfully develop internal policies to monitor employee communication, it’s not right. “There is a difference between [monitoring] being lawful and right. When employers take on this top-down approach and want to monitor their employees and are waiting for their employees to be guilty of misconduct, this creates a climate of paranoia, a climate of fear and a climate of distrust,” he said. Hunter said that this may also not be good for the wellbeing of employees.

While Scheepers said that companies can make monitoring of your private or public e-mails and cell phones part of their policy, Hunter disagreed. “Companies are only allowed to monitor work e-mail addresses and company cellphones and not those that personally belong to employees,” he said. Hunter added that employers need to get consent from employees to intercept their communication.

Given the ubiquity of social media in modern life, employees would do well to remember the adage “Don’t say anything online that you wouldn’t say to someone’s face.” At the same time, the FNB case highlights the reality that workplace policies embolden employers to use your personal communications against you in any grievances.