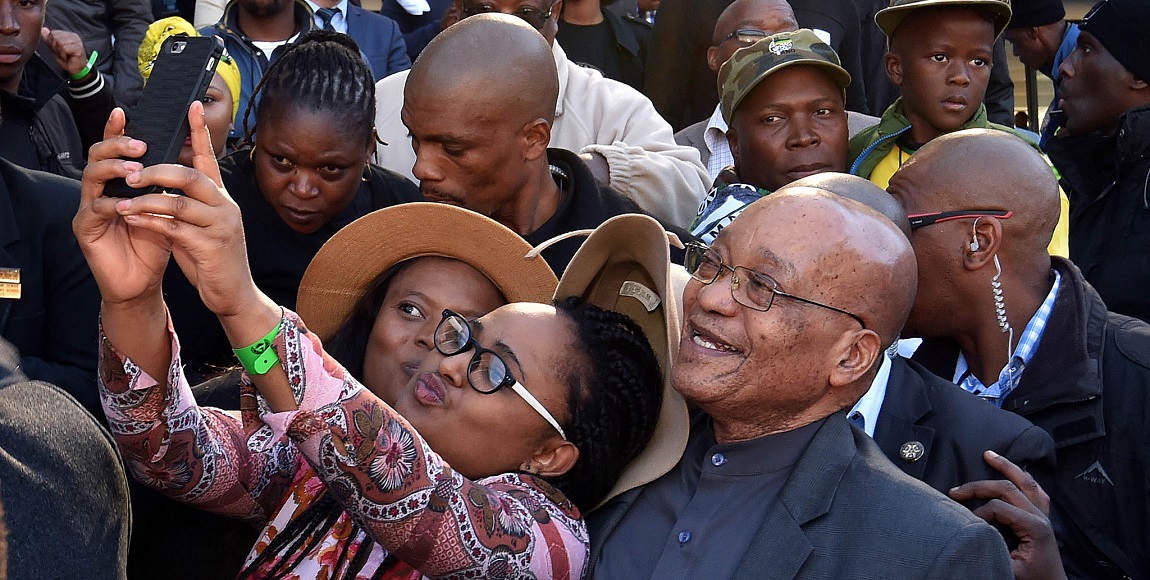 For government’s official celebrations of Youth Day this year, President Jacob will address young people in Ventersdorp in the North West, on the subject of youth economic empowerment. But historically Youth Day hasn’t been about our young peoples aspirations for the nation, its been about what the nation deems fit for them. Its time we got back to youth leading the directive.

The uprising on June 16 1976 was the culmination of years of systematic oppression of South Africa’s black youth by the apartheid system. It denied them the agency to determine their own future and an education that would empower them. Overcrowding at schools and declining education standards became increasingly intolerable.

Students of Phefeni Junior Secondary School (PJSS) started the protest action in March 1976 with a go-slow over the imposition of Afrikaans as a medium of instruction. On the morning of Wednesday, June 16, students from PJSS and other schools converged on Mphuti street. Before the day was done, 575 people had been killed.

Scenes of school children being shot at indiscriminately by police were broadcast around the world and bolstered the resistance movement that led to the eventual downfall of the apartheid regime.

Until the establishment of our democratic government, the liberation movement held unofficial commemorations of June 16. It was used by black South Africans as a pivotal event that formed part of a history and memory that was purely their own. People gathered at Orlando Stadium to vent their feelings of anger, express their hopes for the future, and set their own agenda for freedom. These events were met with violence, detentions, and bannings by the apartheid government. It was the response of white rulers to deny black people a history, something they believed they couldn’t form.

The post-apartheid government recognised the importance of this day and officially commemorated June 16 in 1995. Since then the day has evolved from a direct remembrance of the bloodshed and hundreds of black lives lost that day in 1976 into celebrating youth, unity, and the rainbow nation.

But the youth of South Africa are not celebrated by the state. The violent and repressive response to Fees Must Fall is the freshest example of its disdain for youth-led causes. Scenes from clashes between the state and students looked eerily similar to the Soweto uprising. During the October 2016 student protests at Wits, police fired rubber bullets at a group of peacefully demonstrating students. Student leader Shaeera Kalla was shot in the back, 10 times at close range. University of Johannesburg student leader Neo Malatji was arrested and detained by the police for four hours on false charges.

The youth, the state postures, should be listened to. But calls from the youth, telling the state what they need, are silenced using the very tools created by the apartheid regime. Student activist Bonginkosi Khanyile was arrested for allegedly participating in an illegal protest. His detention for almost six months showed us how far the state was willing to go to quell student dissent. His bail hearing had to be taken to the Constitutional Court, something previously unheard of, because of the state’s repressive attitude towards the free education movement.

Young people have grown jaded with the notion of Mandela’s rainbow nation because all signs point to the fact that inclusivity has still not been reached. Academic activist Sisonke Msimang has called Rainbowism an “increasingly irrelevant, weepy and unhelpful mythology”.

South Africa’s youth has become, much like the youth of Soweto in 1976, disenchanted with the socio-economic reality in this country. After June 16, the ANC lay claim to the event, which historian Sifiso Mxolisi Ndlovu says they had no part in mobilising for. Ndlovu, who was a part of the 1976 uprising, wrote in his book The Soweto Uprisings: Counter-memories of June 1976: “We did not know then what the liberation movements were standing for The BCM [Black Consciousness Movement] was not there as well, the whole initiative was taken by students, especially those at PJSS.”

When I went to Freedom Park in May, after violent protests for work and housing took place there, the youth that I spoke to said they have been abandoned by the ANC. The irony is palpable. The ANC claims to represent the youth but it is the youth that feel forgotten by it.

At the 1996 Youth Day commemoration, former president Nelson Mandela said that the memory of the lives lost during the uprising remind us that “never again shall state guns be turned on the youth or anyone else simply because they want a better education and a better life.” The message behind June 16 is “never again”, a reminder that authoritarian regimes will never again murder its citizens fighting for its human right. Clearly, the state has already forgotten this promise.

Youth Day should serve as a reminder that young people are still not recognised and cared for as shapers of society; they are either undermined or represented as apathetic and rowdy. Young people must reclaim their political power and government needs to give them the platform to do so. What Youth Day needs to say now is: “We are not done.”