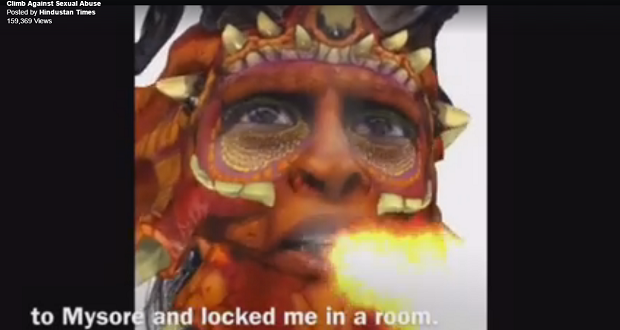 Former eNCA journalist, and recently appointed mobile editor of the Hindustan Times, Yusuf Omar, has received huge plaudits for his creative storytelling abilities. And for good reason too. Most recently Omar, used Snapchat filters to tell the stories of rape survivors.

Snapchat has cleverly employed technology to allow its users to transform themselves into a dog, fire-breathing dragon, lion and other creatures with its filters. But Omar, recently found a new way to use this facial mapping technology.

He used the Snapchat filters to film interviews with rape survivors under the age of 18, while covering a Climb Against Sexual Abuse event, where 50 young people climbed the Chamundi Hills in Mysore, India, as a way of trying to undo the stigmas and taboos around sexual violence. He documented this by only using an iPhone 6 and a selfie stick.

It certainly is a triumph of innovation in journalism but days after the story went live, are we fixating on the technology at the expense of the story itself?

Speaking to The Daily Vox, Omar said he doesn’t think innovation has trumped the journalism.

“I think that if we use this technology as a mechanism to get people talking about these stories, then it’s important. I think it’s about making it relevant to young people’s lives. Young people are on Snapchat and that’s how they understand the world around them, then that’s where we have to tell the story,” he said.

Omar thinks that when a journalist considers the, who, what, where, when, why and how of their story, it should include the technology.

And while technology is certainly becoming increasingly relevant to the ways in which we tell stories, it is still crucial for us to probe the ideologies behind our use of technology.

When it comes to stories related to sexual violence, survivors struggle to speak publicly about their experiences. When we ask survivors to recount their experiences, we are inviting them to relive a trauma, but we are also exposing them to people who may not believe what they say. And yet, the rate of sexual violence, in India, as in South Africa, is staggering. Considering then that there is already such a stigma surrounding sexual assault survivors in India, similar to South Africa – shouldn’t we do whatever we can to humanise them and make them more relatable? As journalists should we not be showing that survivors of sexual violence are the very same humans we live among?

“I think that that was my biggest fear in doing this piece on Snapchat, was that people would get perceptions that the survivors were being made into monsters, with this devil-like mask,” Omar said.

In an interview with International Business Times, he said that even though the survivors are wearing masks they are still humanised by their eyes, which provide integrity when a viewer is watching a documentary or a film.

“For the first time you got to see somebody whose identity was hidden but eyes were visible, where you could see that drop of the jaw, the expressions on the forehead. All those details still come through that devil’s mask,” he said.

This isn’t going to be the last time that Omar will be using Snapchat to tell these kinds of stories. “I think the applications for using Snapchat to hide the identity of people in sensitive subject matter, is only just beginning,”he said.