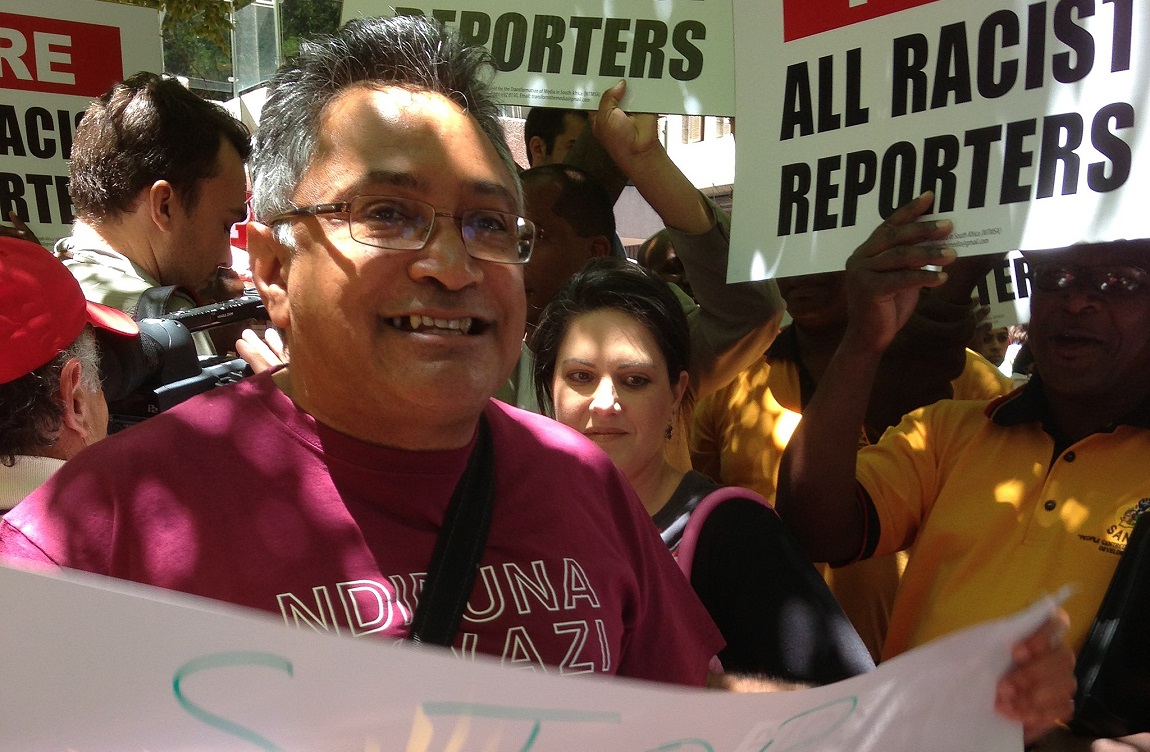 On The Eusebius McKaiser Show on Wednesday, we finally got to hear the voice behind the man accused of protecting accused sexual predator and Equal Education (EE) co-founder Doron Isaacs. Zackie Achmat, a prominent activist in South Africa, responsible for affecting some of the biggest social changes in the country, sat with McKaiser to defend himself and the allegations made in a series of exposes by the Mail & Guardian.

There was something at play not only between Achmat and McKaiser, but the distorted voices of the survivors and Achmat. What Achmat revealed to us is that he doesn’t really understand exactly what sexual harassment and violence does to a survivor, especially when it is at the hands of someone who controls your future.

In the opening minutes of the show, Achmat calls for a reverse onus when it comes to dealing with cases related to sexual harassment, assault, and rape – shifting the burden of proof onto the accused. “The reason I believe that is because patriarchy exists within all of us. Within me, within you, within every part of our society, and therefore reverse onus is important,” he said.

But when McKaiser dug into the details of the story, dropping files and recorded interviews with witnesses and survivors did we see that Achmat doesn’t practice what he believes. He first dropped the bombshell that he’s pressing charges against the Mail & Guardian because the investigation and intelligence gathering was done in a “manner in which…was unjust and painful”. For who Zackie, yourself and Doron? The Mail & Guardian sandblasted the veneer off the social justice sector and the men who run it. The survivors were given a platform when no one would listen to them.

Achmat and the other senior members at EE believed they did their due diligence when they formed the compromised investigative enquiry in 2011. Achmat’s email to the head of human resources Paula Ensor to establish this panel, which Isaacs asked for, revealed a tone that aimed to exonerate Isaacs of the rumours. “The entire set of questions there [in the email] centre malicious rumour mongering the default language framework with which you want the sub-committee to approach this thing,” McKaiser said to Achmat. And he’s right. No one came forward to present any documentary evidence even though it was an open secret in the corridors of EE. Someone had even written a thesis on Isaacs’ behaviour in the social justice sector.

What made it worse was when Charlotte Fischer, an employee of EE at the time who had heard stories from multiple women about Isaacs’ predatory behaviour, approached Ensor about what she had heard, she was told she was being slanderous and could be sued. No one with little power in a company would approach such a panel.

Achmat said that he would only take allegations seriously if he saw evidence. It is very hard to see Achmat as an approachable man no matter how much he claims to be self-reflective of his behaviour. It is not hard to see why subordinates that had been taken advantage of by a man Achmat sees as his son didn’t approach him when he “laughingly” calls his face a “grandfather face”, in reference to his grandfather who would throw a glass against the wall if it was dirty. Achmat himself said “many people fear me for good reason”.

Achmat went onto McKaiser’s show and tried to gain control of the narrative, encouraging those with evidence to bring it to him and not those they choose to trust. Instead of confronting what his prodigy was responsible for, Achmat instead chose to give us a breakdown of Isaacs’ CV and personality reading as if to say his achievements invalidate his wrongdoings. If we knew what sexual predators looked like and achieved, sexual violence would never happen.