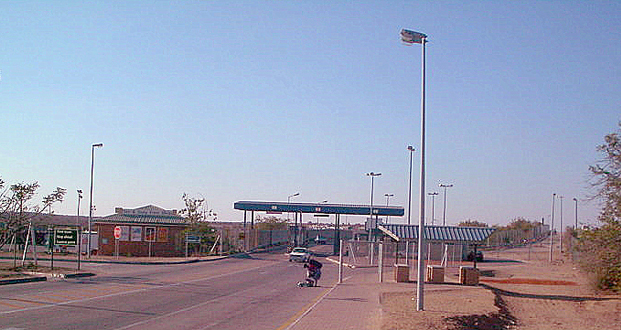 On a dusty township street on the western edges of Bulawayo,Â Zimbabweâ€™s second largest city, Clever Ngwenya, 28, tries to sell his phone to a taxi driver.Â Hustling, Mike makes a cheap offer, but Ngwenya shakes his head. Determined to get aÂ decent price for the almost-new smartphone, he sticks to his guns. Eventually, the streetwiseÂ driver buckles and ups his bid. With R300 in his pocket, Ngwenya smiles in relief, happy toÂ have raised the money for his journey back to Botswana. After almost two months inÂ detention at Lindela Repatriation Centre, the migrant holding facility north of Johannesburg,Â Ngwenya is one of 800 undocumented male Zimbabweans recently deportedÂ from South Africa.

But in spite of theÂ ordeal, some of the freshly repatriated Â are prepared to risk returning to more prosperousÂ Botswana and South Africa â€“ even without documentation â€“ rather than scrap out a living inÂ struggling Zimbabwe.

Keen to go back to Francistown, Botswanaâ€™s eastern second city, where he makes a living as aÂ carpenter, Ngwenya complains about the living conditions in Lindela.

â€œIâ€™d gone to South Africa in April without a passport; I was on leave from work in BotswanaÂ and I was caught by the police in Rusty (Rustenburg). I was taken to Lindela where we wereÂ ill-treated by the guards. Lindela is not a place to go. There are many sick people in there andÂ I got a very bad flu. I couldnâ€™t breathe, I really felt like I would die in there,â€ Ngwenya told The Daily Vox.

â€œThere were so many people from different countries, Bangladesh, Mozambique and Lesotho,Â but us Zimbabweans are the most. Every day we are being caught and we stay in there for aÂ long time â€“ some people have been there for nine months or even a year. They donâ€™t want us inÂ eGoli (South Africa),â€ Ngwenya said . â€œI jumped the border when things got bad here in 2008 and I found work as a plaster man inÂ Klerksdorp. I donâ€™t have any school certificatesÂ so itâ€™s hard to get a permit, so whenever Iâ€™d go, I used to jump,â€ he said.

â€œBut after the xenophobia attacks the police came to the building site where I was working.Â They started asking for papers and arrested about 40 of us who didn’t have anything. We wereÂ taken to jail, then to Lindela. It was really terrible there â€“ I canâ€™t go back there,â€ Ncube said,Â shaking his head.

For now Ncube is trying to settle back at home, willing to try his hand at farming in Nkayi, his ruralÂ district in south-western Zimbabwe. Although he’s afraid xenophobic attacks could resurge inÂ South Africa, Ncube is also uncertain about his future in Zimbabwe. If his agricultural projectÂ struggles, he says he may leave again via illegal means.

And heâ€™s not the only one who might consider jumping the border again.Â Days after their release, the majority of deportees are reportedly still stranded in BeitbridgeÂ and without the means to travel to their home areas. Others, however, have allegedly snuckÂ back across the border using the river or by road.

Melusi Dlamini, 38, a crossing agent who ferries undocumented people by road, claimed aÂ number of deportees had already returned since their release on Friday.

â€œSome people from Lindela went back as soon as they came, I’ve taken some of them backÂ already. It’s not hard to go â€“ I charge R400 per person and it covers everything up toÂ Musina, but if someone wants to go further, I charge more,â€ he said.

Dlamini explained that while he kept the larger share of the fare, a portion of the money wasÂ used to pay off security and immigration officials at both the South African and ZimbabweanÂ borders.

Tales of bribery of Beitbridge-Musina border staff and returning deportees are notÂ uncommon. Zimbabwe’s immigration and social welfare officials declined to comment on theÂ matter. However a border official, who did not give their name as they were unauthorised to comment, acknowledged there was graftÂ and that repatriation was not a strong enough deterrent.

â€œPeople do return after deportation by paying bribes and this is a constant problem for us.Â Perhaps both of our efforts (South Africa and Zimbabwe) are not very effective,â€ said theÂ Beitbridge immigration official.

Estimates of undocumented Zimbabweans living in South Africa are unreliable, but they are thought to be the largest group of illegal migrants. A decade-long political and economic crisisÂ in the 2000s led to thousands of people illegally crossing the Limpopo River to greenerÂ pastures in South Africa and elsewhere.

Ncube and Ngwenya Â were arrested during Operation Fiela, a South AfricanÂ police action which means â€œsweep out the dirtâ€. The ongoing countrywide raidsÂ has seen thousands of paperless foreigners being rounded up,Â jailed and returned home.

Although the police crackdown has reportedly led to the arrest of at least 12,000 people for aÂ range of crimes including robbery, rape and murder, thousands of foreigners have also beenÂ caught in the net.

The police blitz has been criticised for deliberately targeting migrants by several human-rightsÂ organisations, including South Africaâ€™sÂ Lawyers for Human RightsÂ (LHR).Â The organisation recently lodged a case representing at leastÂ 200 arrested migrants who were denied access to legal counsel.

â€œIf foreign nationals are being rounded up in an operation designed for drug dealers it sends aÂ message that all foreigners are criminals and they are not a good thing in their communitiesÂ and such a perception risks further outbreaks of violence,â€ he said.

Daily deportations of Zimbabweans continue, with more than 8,700 people being sent back this yearÂ already,Â but a harsh stopover in Lindela and a life ban from South Africa hasnâ€™tÂ stopped deportees from crossing the crocodile-infested Limpopo River again in search of aÂ better life.

Tendai Marima is a freelance journalist and academic researcher based in southern Africa. Follow her onÂ Twitter at @i_amten.