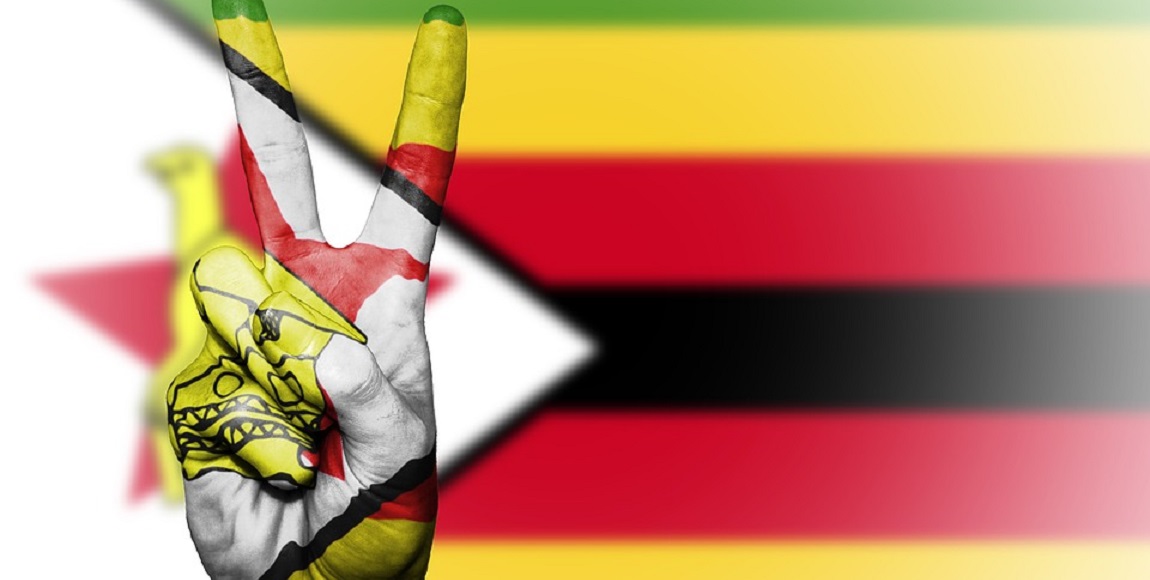 On June 28, the Crisis in Zimbabwe Coalition held a press briefing at Cosatu House in Johannesburg. The briefing was on the upcoming Zimbabwean elections. The coalition is a group of civil society leaders who briefed on the road to the historic elections. The Daily Vox team was there.

A Guide To The 2018 Zimbabwe Elections

Representatives from the Human Rights Watch (HRW) Southern Africa, the Crisis in Zimbabwe Coalition and the Zimbabwe Solidarity Forum (ZFS) briefed media on the state of affairs in Zimbabwe leading up to the elections.

The civil society leaders present at the briefing are all expressing their concerns about the current conditions in Zimbabwe which could hinder a free and fair elections. pic.twitter.com/zhio7FMLBG

The representatives said while there have been changes made since the military coup and change in the presidency, many issues remain in the lead up to the elections. The chairperson of the Crisis Coalition, Rashid Mahiye said this includes the violence in Zimbabwe, court orders not being obeyed and include the latest threat to the life of President Emmerson Mnangagwa. A bomb went off a rally during the weekend in Bulawayo, with two fatalities.

Mahiya says as the civil society they are calling for the major concerns that they have to be addressed.

The HRW’s Dewa Mavhinga said they have been monitoring the situation in Zimbabwe and have noticed a conspiracy of silence and human rights violations around the coup. He said there are huge risks involved with not having a credible election. He said that infrastructure of state-sponsored violence still remains and that fact that the coup entrenched the military does not bode well for democracy. Mavhinga says even though Mnangagwa has been talking about calm and peace even after the bomb, it is not clear if he is “walking the talk.”

The civil society representatives also raised concerns about the Zimbabwe Electoral Commission and the lack of trust and independence around the organisation. This is especially because the laws which are used to suppress freedom are still in place even though former president, Robert Mugabe has been removed from power.

Mavhinga said they have called on the military to come out and publicly say that they will support whoever wins. That hasn’t happened as yet.

Pretty Ncube from the ZFS said the organisation will be sending their own observers to Zimbabwe before the election to get a true picture on the ground of what is going on. She said it was because they hadn’t gotten the answers they wanted from the political parties within the country so through the monitors they will be able to get all of the facts. Ncube touched on the fact that what happens in Zimbabwe will affect South Africa.

Mahiye outlined the actions they are calling for from the Zimbabwean government, South African Development Community (SADC) and the Zimbabwean military. They want the military to come out and say they will support whatever the outcome of the election’s decision and to support the will of the people. They also want the election body to be professional, accountable and not to be partisan to the military. They want the voters roll to be published and all issues to be addressed. Most importantly, Mahiye says they are calling for all citizens in Zimbabwe to go out and vote and make their voice heard.

Mavhinga says if the conditions for a free and fair election are not met, then it is up to the citizens of Zimbabwe to decide their plan of action after the elections.

When questioned about the role of the diaspora in the election as they won’t be allowed to vote, Mahiye says they should remain engaged and support their family and friends back home.

Mahiye said this election is about the lowest level of society and that the media should report on the communities who are the largest risk of being manipulated.

The representatives said it is in the interest of the South African government to have a good election and to see a strong Zimbabwe. This is because it means South Africa will not have to then shoulder the burden of Zimbabwe if a repeat of the 2008 election can be avoided.

The 2018 Zimbabwean elections are set to take place on July 31.