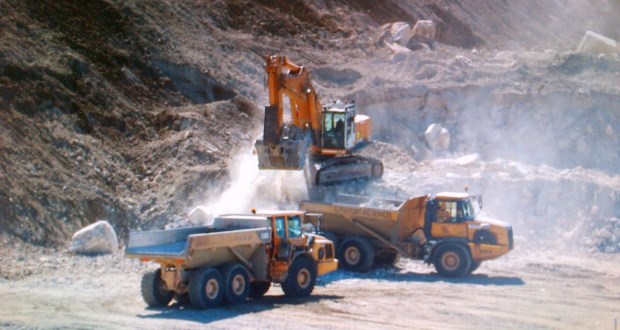 The Panama Papers leaks show an offshore company called HR Consultancy had been created to pay salaries to Zimplats, which is largely owned by South Africaâ€™s Impala Platinum Mines. However, it denies any knowledge of the HR Consultancy and its purpose, writes RAY CHOTO.

The alleged offshore company was set up without the knowledge of the Reserve Bank of Zimbabwe and in the process, breached the southern nationâ€™s exchange control laws.

According to documents leaked to German newspaper, Suddeutsche Zeitung and shared by the International Consortium of Investigative Journalists (ICIJ), HR Consultancy was allegedly set up for the sole purpose of receiving funds and remunerating Zimplatsâ€™ senior managers.

Suddeutsche Zeitung received the files through an anonymous source and shared them with ICIJ which organised the global collaboration. The leaked documents were reviewed by a team of more than 370 journalists from 76 nations. The documents belong to a powerful law firm based in Panama, Mossack Fonseca, that has branches in Hong Kong, Miami, Seychelles and more than 35 other places around the globe. It also houses several incorporated firms within its offices.

According to internal data of the offshore-provider, Northern Wychwood registered HR Consultancy in the Isle of Man and sought the services of Mossack Fonseca to facilitate the registration process. The leaked records claim that HR Consultancy Services was set up so that it could receive funds and pay salaries for Zimplatsâ€™ senior executives.

The leaked documents claim that the shareholders and directors at HR Consultancy are corporations, and that the senior managers to be paid by HR Consultancy, are Zimbabwean citizens.

However, the names of the supposed recipients are not listed, nor the amount of money allegedly paid to the managers over the years.

It is also not clear how the funds seemingly paid to the senior managers were to be channeled to the offshore company. But it is on record that Northern Wychwood continues to update HR Consultancyâ€™s certificate of incumbency, with the latest filing having been done with Mossack Fonseca last year.

A senior corporate lawyer who spoke to VOAâ€™s Studio7 on condition of anonymity said the fact that Northern Wychwood continued to pay consultancy fees to Mossack Fonseca means that HR Consultancy is still doing the work it was established to do.

An expert on banking practices in Zimbabwe who also requested to remain anonymous, says by setting up an offshore firm to pay Zimbabwean managers without the knowledge of the central bank, Zimplats would have been illegally externalizing money and dodging paying taxes on the part of its Zimbabwean managers.

“As long as the central bank was not involved in this, Zimplats would be committing a serious crime of money laundering, externalization and tax evasion,” says the expert, adding that as a Zimbabwean company, Zimplats may well have violated disclosure rules if the Mossack Fonseca communications are accurate.

In a telephone interview with VOAâ€™s Studio7, central bank governor, Doctor John Mangudya, said Zimplatsâ€™ alleged behaviour would not be in line with government policy. â€œThere is no company or firm in Zimbabwe that is authorised to operate offshore accounts for the purpose of paying its senior managers who are Zimbabweans and working in Zimbabwe. That practice bodes around externalization and thus typical case of illicit financial flows,â€ said Mangudya in a written statement.

Asked whether Northern Wychwood provides consultancy to Palatinate and Hanoverian, and HR Consultancy, Donna Summers, the companyâ€™s accountant and office manager, declined to comment. â€œWe do not comment on matters pertaining to our clients,â€ she said before slamming the phone down. Repeated calls to her were cut off.

Mossack Fonsecaâ€™s corporate liaison officer, Jordan Spencer, refused to comment on his companyâ€™s relationship with HR Consultancy, Zimplats and Northern Wychwood. â€œWe are not allowed to give any information about our clients to third parties,â€ said Spencer.

Contacted for comment, Zimplatsâ€™ head of corporate affairs, Busi Chindove, said â€œZimbabwe Platinum Mines Private Limited has no relationship with the companies listedâ€. Chindove added that Zimplats was not aware of the company HR Consultancy, nor the transactions referred to.

Her comments were echoed by Implatsâ€™ spokesman, Johan Theron, who said his company had no knowledge of HR Consultancy. â€œAs far as I could establish, we have never conducted any business with such an entity,â€ said Theron. Implats owns 87% of Zimplats and has significant control over appointment of directors to various boards and ultimately over the corporate structure and salaries.

Asked about Implats’ position on the use of legal and financial secrecy of tax haven, Theron said: â€œWe donâ€™t subscribe to the use of such services at all. In fact, we have prioritised transparency in all our dealings and gone out of our way to transact fairly, openly and to transact and pay taxes in the countries in which we operate as far as possibleâ€. He added that his company welcomed disclosure as this in the interest of openness and transparency, and â€œwill initiate an urgent full investigation into the purported Zimplats links with the Zimbabwe authoritiesâ€.

But correspondence in 2012 between Northern Wychwood and Mossack Fonseca claim that HR Consultancy handled the remuneration for the senior managers of Zimplats Holdings limited (a mining company in Zimbabwe). â€œWe receive the funds to cover the total salaries from Zimplats and pay the managers accordingly,â€ says the correspondence dated November 5, 2012.

A source of funds or wealth declaration form signed by Palatinate in July last year says it is a director on Northern Wychwood Limited client companies. It lists Zimbabwe, South Africa, United Kingdom and Isle of Man as countries where its activities are conducted.

Efforts to get comment from Cairns, Campion and Fearnhead were fruitless at the time of publishing this investigation. But investigations by VOAâ€™s Studio7 have established that Campion and Fearnhead are both listed as from Zimbabwe. Fearnhead was a director at the now dissolved African Minerals Development Limited, while Campion, an accountant born in Zimbabwe in 1946, once worked for a UK company, FIHZL, which was dissolved in 2007. Cairns posted on an old studentsâ€™ social network saying he worked for De Beers before setting up a trust fund in Isle of Man 1993. He also posted his email address at Wychwood and his contact telephone number.

Zimbabwe’s former minister of finance, Tendai Biti, whose ministry oversaw the central bankâ€™s operations between 2009 and 2013, says if it is true that Zimplats set up an offshore company to pay salaries for its managers, then the managers at Zimplats also evaded paying taxes since they were being remunerated for work they did on Zimbabwean soil.

Mangudya told the media in December 2015 that Zimbabwe lost more than $500 million in illicit financial flows that year alone, money which should have benefited the countryâ€™s struggling economy.

Biti says some of the offshore companies are vehicles of corporate shenanigans who are involved in tax avoidance and evasion, which is illegal.

In the case of Zimbabwe, Biti says once you externalise funds, you will be violating a number of laws that include, among others, the exchange control regulation of 1996, the serious offences Act and the anti-money laundering act.

The leaked documents highlight the extent of shady offshore dealings that have robbed many countries of billions of dollars in taxes. In its report, ICIJ says the leaked documents make it clear that major banks are the big drivers behind the creation of hard-to-trace shell companies in the British Virgins Islands, Panama and other offshore havens.

The ICIJ says the revelations in this unprecedented global investigation into more than 11 million secret files are the first highlighting the extent of secret business done by banks, law firms and other middlemen that hide extraordinary â€“ and often illegal wealth.

This story was produced by VOA Studio 7 in conjunction with the African Network of Centres for Investigative Centers and the International Consortium of Investigative Journalists, and originally appeared here.