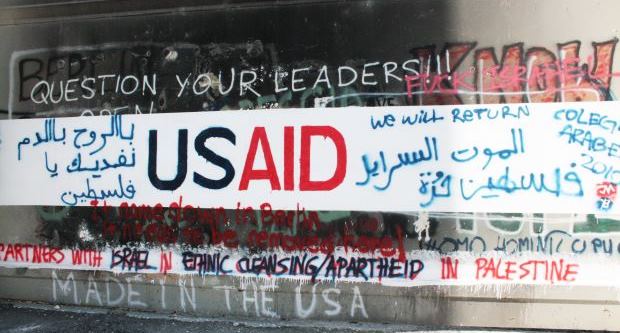 Nearly 70 years after the founding of the Israeli state and subsequent attempts to erase the Palestinian people from their native homeland, resistance to the ongoing apartheid regime has evolved into the Boycott, Divestment and Sanctions (BDS)Â movement.Â OMAR KANJWALÂ explains how their efforts are being crushed on university campuses.Â

BDS is a Palestinian-led worldwide campaign to â€œlaunch broad boycotts, implement divestment initiatives, and to demand sanctions against Israel, until Palestinian rights are recognised in full compliance with international law.â€

Among its several facets, a key component of the BDS movement is for academic institutions, associations, and organizations to boycott the state of Israel, at least until Israel ends its production of illegal settlements on internationally recognised Palestinian lands. This movement has gained recent popularity because it is one of the few non-violent methods remaining that is capable of changing the status quo. As one would expect, it has therefore become one of the strongest targets of Zionist organizations seeking to stifle its limitless possibilities.

As with any social justice issue, the major battleground for BDS supporters and its dissidents can be found on college campuses worldwide. Several universities across North America have already contributed to the cause by divesting from major Israeli corporations, including Stanford, Northwestern, and UCLA.

Israel defenders, having recognised the serious threat BDS poses to the Israeli-apartheid regime, have begun sabotaging attempts by students to divest from organizations that contribute to the human rights abuses. Under the guise of promoting diversity and free-speech, Zionist groups are now targeting school administrations by threatening to paint these schools as anti-Semitic and unwelcoming to Jewish students.

They are also seeking to crush criticism of Israel by closely monitoring the actions of Palestinian rights activists and groups. Oversight over these groups has become downright creepy.

The AMCHA InitiativeÂ reports the exact date of any anti-Israel activities, ranging from campus protests to simple movie screenings on the issue. The group records the names of students and faculty alike that oppose Israel and publishes these names directly on their website. As a result of this counter-movement to limit BDS, school administrators nationwide with limited knowledge as to what BDS actually is, often oppose attempts by students to peacefully divest from Israeli corporations.

The Northeastern Students for Justice in Palestine (SJP) chapter was recently banned for protesting a speech by an Israel apologist. Columbiaâ€™s SJP was similarly suspended and banned from requesting school rooms for meetings temporarily until the school was threatened with legal action. Columbiaâ€™s administration would regularly notify the schoolâ€™s Hillel of SJP activity in an attempt to suppress the group’s ability to mobilize on campus.

Activists across the country regularly receive death threats by Israel defenders, and are often prohibited from holding positions in student government for their disapproval of Israeli politics. On many US campuses, free speech seems only limited to those who support the dominating opinion that Israel is exempt from any form of criticism.

Besides working to punish Israel naysayers, these organizations have also begun targeting uninformed American college students seeking to learn more about the issue. The American Israel Public Affairs Committee (AIPAC) regularly hosts training sessions for college students on how to combat BDS and sponsors vacations to Israel for supposed â€œcampus leaders.â€ Ironically enough, AIPAC has even started hosting â€œAfrican American Student Retreatsâ€ to â€œfocus on the important role that the African American community plays in maintaining and strengthening the US-Israel relationship.â€AIPAC purposefully targets African American communities because they recognize the legitimate common ground that advocates for Palestinian and black rights have.

Though seemingly harmless, these conferences and trips pose a significant threat to BDS in that they are used as a ground to brainwash students with the dominant Israeli narrative. On these trips, college students hit the bars of Tel Aviv and clubs in Jerusalem while completely ignorant of the several million Palestinians across the wall struggling to survive through food and water shortages. Through virtually limitless funding, AIPAC and other Israel-supporting groups are fighting to keep BDS in the shadows by blinding the eyes of the students who should be resisting them the most.

Despite these seemingly insurmountable barriers to supporting the movement, student groups that seek an equitable resolution for Palestinians continue to struggle for justice.

Nonetheless, the question must be asked, what can student groups do to circumnavigate the restrictions placed on BDS? One solution is for students defending the rights of Palestinians to ally with other important movements, in particular the Black Lives Matter movement. Recently, key figures in the Black Lives Matter (BLM) movement including Patrisse Cullors, Angela Davis, Cornel West and Talib Kweli signed onto a joint letter comparing the injustices faced in Ferguson to those in Gaza during the 2014 massacre.

This move came as a direct result of Israelâ€™s horrendous treatment of African migrants, who consistently face attacks and harassment due to their race, with little to no support from Israeli security. Solidarity between BLM and BDS activists is critical, because both are seeking to dismantle the structural conditions that make racism, discrimination, and violence against marginalized communities possible. Indeed, all movements that seek to bring an end to imperialism, environmental destruction, neoliberalism, and white supremacy must work together in solidarity.

In addition to joining with BLM activists, it is also imperative for Palestinian rights groups to respond to claims of anti-semitism. Zionist organizations have forcefully propagated the notion that any criticism of Israelâ€™s government is equivalent to criticism of Jews as a whole. Despite the obvious logical inconsistency in this argument – to critique a nation-state that came into being in 1948 is not the same as hatred of Jews – many people fail to recognize that Jewish people themselves are often the biggest critics of Israelâ€™s policies, and fight tirelessly to stop the occupation. Former Mossad director, Shabtai Shavit, admitted, “The global BDS movement has grown, and quite a few Jews are members.”

One such organization that works to defend the rights of Palestinians is Jewish Voice for Peace, which â€œseeks an end to the Israeli occupation of the West Bank, Gaza Strip, and East Jerusalem; security and self-determination for Israelis and Palestinians; a just solution for Palestinian refugees based on principles established in international law; an end to violence against civilians.â€ JVP is active on a number of college campuses.

Upholding human rights is not linked to any religion or ethnicity; its violators must be held accountable by all those who value human dignity. It is therefore essential that these rights groups stress that opposition to Israel is universal, and not just limited to Palestinians and Muslims.Â Despite the best efforts of the Israeli government and groups in the United States who support it, student activists can and will promote BDS no matter how much pushback they receive.

Even though these students may face public shaming and harassment backed by Israeli money and the United States governmental establishment, the simple value behind their cause is enough to overcome these obstacles.Â By working with other groups that similarly seek to restructure the overarching power systems that oppress so many, BDS can succeed, and the situation in Palestine may someday finally be alleviated.

Omar Kanjwal is a student based at Georgetown University.

This is part of a special series called Apartheid 2.0, which The Daily Vox is running this month in partnership with Aj Jazeera’s Palestine Remix. 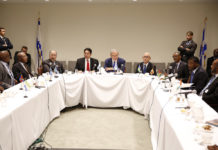