Home Opinion There are sound and rational reasons why Zuma should be recalled by...
WhatsApp
Facebook
Twitter
Email
Print 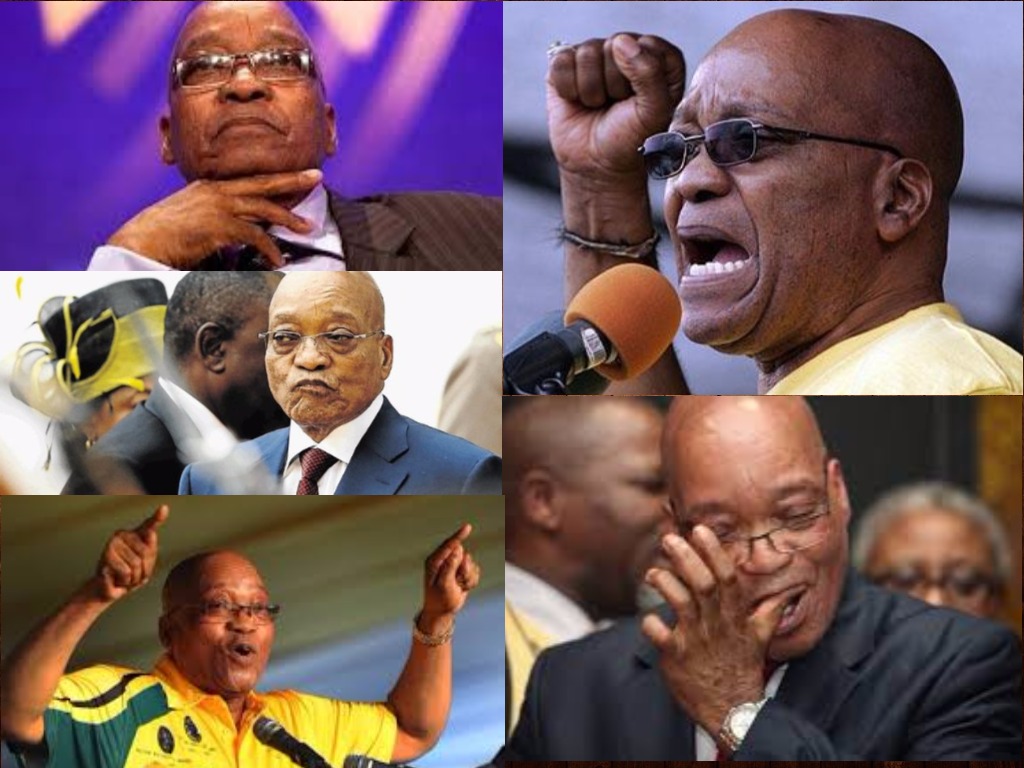 Four months ago, President Jacob Zuma tried to reshuffle the cabinet and appoint a new Finance Minister. Curiously, that decision four months ago has precipitated debates about state capture now. This is a bit misplaced. The South African state and its political class have always been captured, arguesÂ EBRAHIM FAKIR.

State capture has been prevalent in this frontier economy we call South Africa. A whole host of business families, including the Rhodes, the Barnatos, the Ruperts, the Oppenheimers, the Bradleys, the Gumedes, the Ramaphosas and a legion of others try and frequently succeed in influencing appointments, policies and regulations to their advantage.

To be clear, the capturers today just happen to be a ruder, cruder, brasher, blacker and browner (but perhaps a less violent) version than the capturers of yore.

More of a problem are the people who facilitate such inordinate influence (think about what happened at Marikana).

Absurdly, this “state-capture” debate has also precipitated some startling revelations, some five years too late, of the Guptaâ€™s trying to offer cabinet appointments.

As if we didnâ€™t know of the influence of this family after they wangled the landing of a private aircraft at a military airforce base.

While all of this has resulted in calls for Zuma to go, to be recalled, they have been premised on some very faulty foundations.

Let’s be clear. Zuma should go. I agree. But my reasons are very different.

In fact, I argue that he should be recalled for an entirely different set of reasons than the ones that have popularly been proffered the last few days – his ceding authority and influence away from the state and the ANC NECÂ to the Guptas.

Let’s breakÂ it down

First, Iâ€™d like to dispense with the unnecessary alarm that the predictable spectacle we have witnessed since Vytjie Mentor and Barbara Hoganâ€™s five years too late (and Mcebisi Jonas five months too late) revelations of what the Guptas’ influence has brought about.

These revelations are every bit as salacious, but not really as surprising, as they pretend to be.

The real question for the ANC is not so much what the growing choristers in the ANC reveal about the â€œcapture of the stateâ€.

It is in fact more fundamental.

Anything a president has to say after pleading through his lawyers for the Constitutional Court in the Nkandla case, not to make a declaratory order that might lay the basis for his future impeachment, is bound to be received with little credulity.

In the past few days, this has been worsened by the high court’s finding that the JZ government is in breach of the rule of law, when it allowed Omar Al Bashir to leave this country without hindrance after the government was expressly ordered NOT to do so.

Should we be surprised then by a president of this kind that feeds us lies?

First, he insists that state-owned enterprises (SOEs) have performed well while they are on the contrary, almost without exception, in a parlous state. While the Industrial Development Corporation (IDC) may be performing reasonably, several of the others are on the brink of peril.

Itâ€™s not that long before the Transnet, MetroRail, SAA, SA Post Office and SABC rot starts to infect and affect the ones that do perform reasonably.Â Suggesting otherwise is pureÂ denial.

The second lie the president has been peddling is that the country’s economic performance has been constrained by a combination of the 2008 global financial crisis, dampened commodity prices and a simultaneous drop in demand for commodities.

This is also untrue.

SAâ€™s poor economic performance is as much a provenance of historical, legal and regulatory uncertainties, and poor policy, as it is of global conditions.

The odd policy underpinnings of successive ANC governments has undermined the diversification of the economy and the development of areas of comparative and competitive advantage.

It is here that Zuma’s continuities with his predecessor Thabo Mbeki are most stark. While Zuma was elected in Polokwane on the understanding that he would attempt a change in the economic regime, his interventions in the economy have been disastrous, serving a small and narrow set of beneficiaries.

Zuma injudiciously persisted with the financialisation of the economy and introduced measures like the black industrialists programme and others, which like BEE is likely to create a class of black industrialists who would have all capitalised on the lazy “iets vir niks” regimen that has come to characterise the wabenzi class.

So considering BEE capitalists’ failure to invest in market development and expansion, research and development for new products and services, as well as job creation, why would a set of black industrialists be better at doing these things?

In any event, Zumaâ€™s focus on infrastructure coordinating committee is a lot like Thabo Mbekiâ€™s Accelerated and Shared Growth Initiative (Asgisa), which also promoted economic growth premised on infrastructure investment.

Though Jacob Zuma did not continue with the wholesale restructuring, sale or commercialisation and outsourcing of core services of state-owned entities and enterprises, their poor performance under his watch cannot no longer justify some of their existence.

Instead of facilitating and enabling economic activity and providing services, these entities have become a site of accumulation for corrupt cronies replete with engineers with fake qualifications, unethical CEOs, and board chairs and board members who have faked qualifications, listless workers and poor to non-existence services.

Actually, poor economic performance across the economy, not just in SOEs, is the product of the failure of Jacob Zumaâ€™s government to make appropriate interventions in the economy.

In an environment of low trust, it is unsurprising that a Jacob Zuma government was unable to convince the private sector (both black and white) to deploy some of its savings in service of jobs, market expansion, research and development for new products and services.

Why would we expect a president who flagrantly disregards constitutional bodies, and lies about why he removed a finance minister, to be honest about the economy?Â Â Sadly, though, he is not the only villain of this piece.

The women and men of the ANC, inconsistent, unfaithful and entirely reckless with the values and virtues bequeathed to them through struggle, have become profligate with the trust that South Africans have bestowed on them.

They enabled the fictions of policy and the fusion of rogue and royalty in our politics. In addition, they have completely disregarded the honourable duty of supervision and oversight over government. The domestic private sector has a large amount of money that it can invest. In a context of poor politics, low institutional trust and deteriorating social relations, many will be loathÂ to do so. Who can blame them?

As an aside, what all of this reflects perhaps inadvertently, is our crazy and complicated country.

It was a reflection of the real â€œstate of our nationâ€ â€“ unethical, lawless, intolerant, non-compliant, dramatic, unreflective, wasteful, imprudent, rude, crude and impudent. “Vat ‘nÂ kans”, “Taata ma Chance” -Â Â an accurate summation of our contemporary political culture – the final crumbling of the post ’94 social, political and economic consensus, now held together only by the remnants of the fraying threads of an increasingly tenuous ANC-led alliance completely captured by myopic private interests.

Everyone in this â€œstate of the nationâ€ remains blind to the reality that in South Africa political thievery and political royalty are one. Here, abnormality is the norm. Dysfunction is who we are. South Africa is neither first world, nor third. It is not even second.

Yet the first world, with all its privileges and excesses, simultaneously co-exists with the third and its deprivations – the quad-evils of chronic socio-economic under-development, high unemployment, deep poverty and extreme inequality. Add to it the blight of intolerable and extreme criminality, rape, murder and social violence.

Incivility and inhumanity seem to be the norm. South Africa is the fourth world. But it is not these problems that our political elite are seized with.

Frequently, over the past decade, I have found that jeers at Jacob Zuma are unjustified. They are borne out of bigotry and deep prejudice. In the present though, I find scorn entirely justified. I find the reasons for Jacob Zumaâ€™s recall even more compelling.

Letâ€™s return to the parallels with his predecessor.

Contrary to Thabo Mbeki suggesting that his recall was due to his â€œaloofnessâ€, the reasons for his recall are in fact much more substantive. They centre around his centralisation of power in the state presidency, maligning and marginalising ANC structures in the process, contradictory configured policy resulting in jobless growth, poor economic policy, meddling in state institutions, manipulating the criminal justice system, messing in the business of ANC Alliance partners, and being an AIDS and crime denialist. The list could go on.

Jacob Zuma is guilty of precisely the same charges. Worse still, he has undermined the constitution and the rule of law. He has presided over the net loss of ANC support in three successive elections.Â Â Most recently he has, as head of state, had to plead for clemency from the Courts not to make a declaratory order against him that could precipitate the basis of impeachment proceedings against him.

Only a president aware of the real risks that are the result of his loose and fast games with public institutions would make such a plea. If the men and women of the ANC were faithful and consistent in their own reasoning, and to their own purportedly progressive politics, they would find that there are more than sufficient grounds to recall the current president.

Any fear that a recall of a sitting president, twice in succession would cast SA and the ANC in a bad light, are unfounded.

On the contrary â€“ it might serve to restore faith in the ANC and its purported values and would demonstrate a real capacity for self-correction, its ability and faithfulness in reining in errant leaders and it would be a demonstration that it is best placed to be a custodian of SA’s democratic institutions, and its best aggregator of its common interests.

If the ANC NEC fails to discuss this â€“ they will be liable for the implosion of South Africaâ€™s economy and society.

Ebrahim Fakir is an independent political researcher and commentator. He was the 2014 Ruth First Fellow at the University of the Witwatersrand.