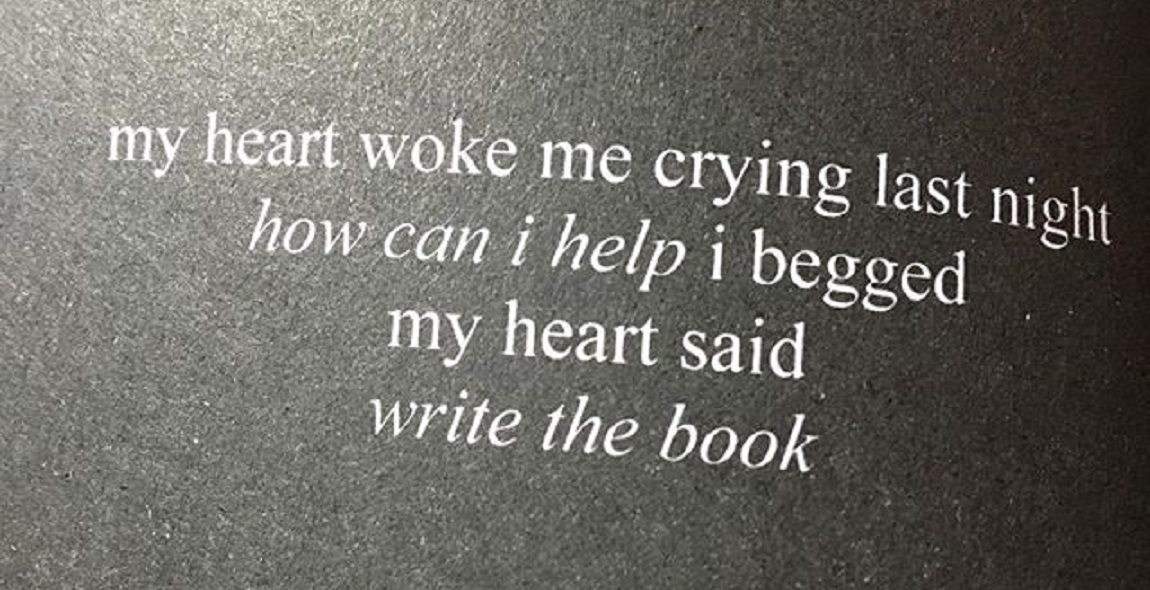 Instapoets have become iconic. Racking up hundreds of thousands of followers on Instagram, these poets are doing the impossible: making poetry accessible. They fill both books and social media with short-form, relatable, and even trending verse. SHAAZIA EBRAHIM and FATIMA MOOSA round up 10 instapoets that you must follow.

Nikita Gill is a British-India poet who received over 137 rejection letters from publishers. However, using social media platforms like Instagram and Tumblr, Gill has managed to share her poetry with the world. Gill counts LeAnn Rimes, Alanis Morissette, Nicole Richie and Khloe Kardashian amongst her list of followers. She published her collection Wild Embers: Poems of Rebellion, Fire and Beauty last year. Gill counts Robert Frost and Sylvia Plath amongst her inspirations. On the popularity of instapoets, Gill says: “I think the poems give people a shot of positivity that is quick and easy to drink down. I love reading Sylvia Plath – her poetry has such depth and beauty – but I have to be in the right mood because there are so many different connotations to what she’s saying. Whereas ‘Instapoetry’ is much simpler to understand.”

Shoutout to my friend @kimothyjoy for always creating such beautiful, empowering art for women! It always humbles me when artists create pieces of work around my words. So appreciate this amazing, creative community I have been a part of. I am a strong believer in the idea that art will save the world. And artists like @kimothyjoy will lead the charge. â¤ï¸ #nikitagill #kimothyjoy #art #quotes

Waheed is the most famous poet on Instagram. She has published two collections of poetry titled salt and Nejma. After finding it difficult to get salt published, Waheed turned to self-publishing. She has a large following on social media and her work is being taught in schools and universities. Waheed’s work deals with themes of love, identity, race, and feminism, and defined by her use of punctuation, lowercase letters, and the brevity of her words. Maya Angelou is counted amongst her inspirations with much of Waheed’s work dealing with embracing blackness. Waheed started writing at the age of 11 after a teacher asked the class to write a poem to put into a community newspaper. From that assignment, Nayyirah discovered a new medium for self-expression.

Perhaps one of the most famous instapoets on the internet, Punjabi-Canadian Rupi Kaur is sometimes the most disliked. She manages to capture the experience of being a brown woman with just a few lines. It is this that has drawn the ire of many who claim the poet generalises the specific experience of being a brown woman to a very great extent. Kaur writes about loss, trauma, healing and migration. She is liked though by many. Kaur has two best-selling books, Milk and Honey and The Sun and Her Flowers. All of Kaur’s poetry is accompanied by an illustration.

One of Beyonce’s featured artists on Lemonade, Kenyan-born Somali-British poet Warsan Shire writes about sexuality, immigration, politics and being a Muslim woman. She was named the first ever Young Poet Laureate of London in 2014 and the 2013 winner of the Brunel University’s African Poetry Prize. Shire has published chapbooks of poetry – Teaching My Mother How to Give Birth, Her Blue Body, Our Men Do Not Belong To Us – but her reputation was built online by publishing on Tumblr and using Twitter like a journal of sorts. Extreme Girlhood, her first full poetry collection, is expected in the next year or so.

Goodreads Choice Award-winning poet of 2016, Amanda Lovelace released a series of poetry collections called Women Are Some Kind of Magic. In the series, the American poet takes the traditionally female magical characters like princesses, witches, and mermaids and retells their narratives in a modern, feminist, and empowered way. “If there’s one thing I’m trying to do with this particular poetry series, it’s to show the rich inner lives of women with a focus on our hidden everyday struggles,” Lovelace said in an interview with Bustle.

âž¡ï¸ tag your favorite witch-queen. ðŸ”¥ | quote from my newest poetry collection, the witch doesnâ€™t burn in this one. on sale now in paperback & audiobook formats. ðŸ“šðŸ–¤

Yrsa Daley-Ward @yrsadaleyward
Born to a Jamaican mother and a Nigerian father, Yrsa Daley-Ward grew up in England – but also lived in South Africa for a a few years! Daley-Ward writes universal poetry about loss, self-esteem,identity, race, mental health, and femininity. She explores themes of an emerging understanding of her sexuality in her poetry as a struggling model turned escort and sex worker. Daley-Ward has published a book of stories called On Snakes and Other Stories, a collection of poems in the book Bone and a poetry-style memoir called The Terrible.

battle, from bone. Pic from from @eni_gjoka

Thai-born Aussie poet and author Lang Leav comes from a background of struggle. She was born in a Thai refugee camp after her Cambodian parents fled the Khmer Rouge regime. They immigrated to Australia and Leav grew up in a predominantly migrant town west of Sydney, with a mishmash of cultures from war-torn countries. Melancholy and a certain heaviness permeated her life. “I write a lot about melancholy and struggle because that’s what I grew up around,” she said in an interview with Friday Magazine. Leav has written four best-selling collections of poetry – Love and Misadventures, Lullabies, Memories and The Universe of Us as well as a novel called Sad Girls.

Take care of each other. ðŸ–¤ #poetry #depression #mentalhealth

Reuben Holmes uses the pen name r.H. Sin to write his poetry on social media. Sin is a nod to the Mesopotamian god of the moon as Holmes reportedly likes to write at night. Twenty-seven year old Holmes gets his inspiration from Edgar Allan Poe’s The Raven. From a young age he would write essays and narrative stories, but decided against going to study that at university. Working as a social media manager for several companies, Holmes took to Twitter to share his short, satirical poems. After several heartbreaks, Holmes turned to writing poetry about love, heartbreak and relationships.

to you. i hope things get better. maybe, share this with someone you care about it or someone who needs it.

Masked Canadian poet Atticus won’t reveal much about himself, his anonymity helps his honesty. Atticus writes angsty poetry, about women and love and being broken. In an interview with Vogue, he explained the three sections of his poetry book, Love Her Wild. In “Love,” he writes about what love means to him. “Here” is mostly about his muse or a feminine spirit and “Wild” is about young love “running away to the desert, being free, wild, and eternally young”.

Ballah forms part of a growing group of black women poets who have contributed to journeys of self-love, healing and liberation for many of their readers. Ballah is a Toronto-based writer. She has a collection of poetry called Preparing My Daughter for Rain out. In her work, Ballah talks about being a woman of colour navigating the western world in her writing. One of the central themes in her work is about self-love which Ballah writes about it being separate from the capitalism. She says: “Self-love for me is about balance, it’s about actually taking care of yourself. It’s about identifying what you need and giving it to yourself and being grateful for it. It is apologising to yourself, to your body, to you heart and saying,”