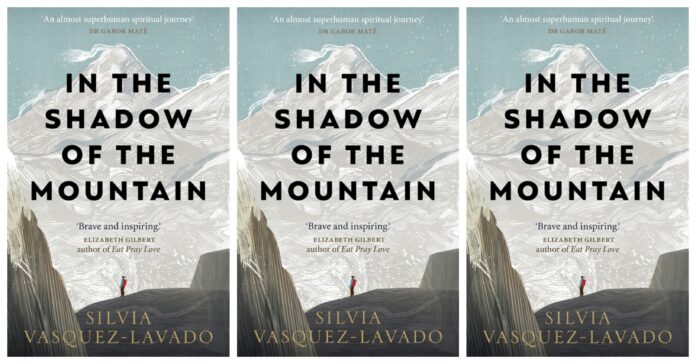 Set to be played by Selena Gomez in a movie, Silvia Vasquez-Lavado’s story is an enduring one of strength, compassion and heroism. In The Shadow Of The Mountain is Silvia Vasquez-Lavado’s memoir that follows her journey to Mount Everest. Through her journey along with five other women, they help each confront their personal traumas. The memoir is a tribute to embracing softness and inner truths.

She is a Pervuian-American explorer, mountaineer, social entrepreneur and technologist. During June 2018, Vasquez-Lavado became the first openly lesbian woman to complete the Seven Summits, the tallest mountain on each continent from both the Messner and Bass lists. Vasquez-Lavado was born in Lima, Peru in 1974. She was a victim of childhood sexual abuse which is spoken about in the book. After she shared her struggles with abuse with her mother, her mother told her to leave Peru. That started her journey to climb Mount Everest. Vasquez-Lavado was named one of 20 most influential Latinos in Silicon Valley by CNET. She has also been recognised as a cultural ambassador by the Peruvian government.

The memoir follows Vasquez-Lavado’s journey to healing. The book is structured as a back-and-forth. It switches between her journey to climbing the mountain and her childhood in the 1970s. The book is meant to show how the power of high altitudes to heal trauma and create a meaningful change in a person’s life. During the climb, Vasquez-Lavado brings together a group of young women from Nepal and America who are also sexual abuse survivors. They travel as a group on the difficult and arduous climb. With every step that the women take on the climb, it is a step towards reconciling with the difficult past and moving forward towards healing. Vasquez-Lavado said she wrote the book to help end the sexual abuse of children.

“Everyone — me, most of all — likes to say that struggle makes you strong. I’ve lived, and practically died, by the ethos that to survive is to overcome. But again and again, mountains have shown me that strong is not the opposite of soft. That they are symbiotic.”

Mt Everest Conqueror Sibusiso Vilane: “I Have Lost Count Of The Mountains I Have…

It’s going to be a major movie

The upcoming film is going to be based on the book. Scott Budnick’s impact-focused co-finance company One Community, is producing alongside Oscar winner Donna Gigliotti and her Tempesta Films banner. Elgin James, the writer-director of Little Birds and co-creator of FX’s Mayan’s M.C will be writing and directing the film. Singer and actress Selena Gomez is going to be starring in the titular role of Vásquez-Lavado. Gomez is also included in the endorsements of the book: “Silvia Vasquez-Lavado is a warrior. I’m in awe of her strength and courage”.

“Silvia is a force of nature,” said Gigliotti. “Scott and I are so excited to work with Elgin and Selena to tell this story of resilience, courage, adventure and humanity.”

In The Shadow Of The Mountain is on the Exclusive Book’s Recommends for April.