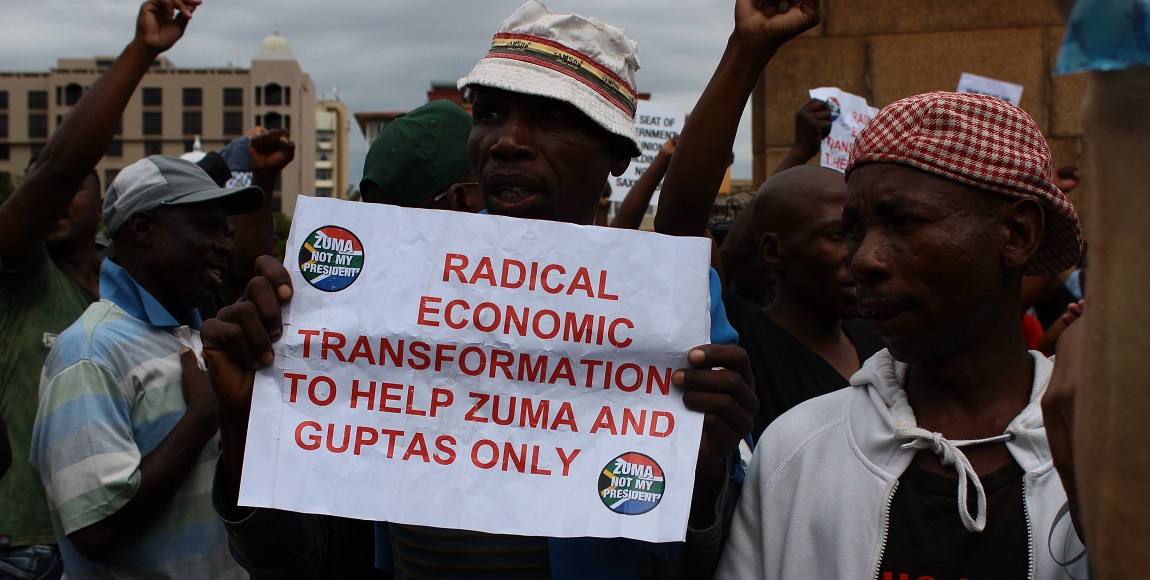 Before the 2007 global financial crisis the country experienced a period of strong growth, driven by infrastructure spending by parastatals and government. This created two million jobs, according to Gqubule.

When the crisis reached South Africa in 2009, the Reserve Bank didnâ€™t respond well, he said. â€œThere was an inappropriate response and that is the main reason that weâ€™ve had low growth over the past 10 years.â€

Take Chinaâ€™s response to the financial crisis. â€œThey cut their interest rates and they implemented a $600 billion fiscal stimulus. Most developing countries implemented this strategy and most of them did not have a recession like we did.”

We got it wrong, Gqubule said. Out of the 153 developing countries, he claimed South Africaâ€™s recovery was the worst. â€œWe canâ€™t continue to blame the global economy when everybody recovered from the global financial crisis.â€

Unlike other countries, South Africa raised interest rates instead of cutting them. This is because the Reserve Bank works on an inflation targeting policy. â€œWe target an inflation of 3% to 6%. Every time there is an inflation thatâ€™s moved up towards the top range of the target, they have to start increasing interest rates. So basically they should do only one thing and that is to control the inflation rate.â€

Gqubule believes that this is a narrow-minded approach. â€œIncreasing interest rates has a bad impact on the economy, and it results in growth going down and more jobs being lost.â€

He thinks that Treasury should have done what China did but with a R400 billion cash injection.

â€œWhat we need to do is stimulate the economy and we have to relax our inflation targeting framework. We canâ€™t have radical transformation as long as we are locked into the straitjacket of the current economic policies that are dictated by the National Treasury and the Central Bank.â€

2. Shift the focus of the economy to industry and manufacturing

â€œWe want to change our economy away from excessive reliance from consumption expenditure [and] financial services, towards productive sectors of the economy,â€ said Gqubule.

The financialisation of the business sector has grown but there arenâ€™t enough employment opportunities that suit low-skilled workers. â€œMany of the jobs in manufacturing are appropriate for people who donâ€™t have skills. Youâ€™ll find that in financial services, thereâ€™s been quite a lot of growth. But the jobs that are created in the financial services are not appropriate for the majority of our unemployed people,â€ he said.

3. Increase black ownership of industries and the economy

The concentration of ownership in the hands of a few big companies worsens inequality, and South Africa is already one of the most consistently unequal countries in the world.

The 2004 Mining Charter was drawn up to increase increase black ownership in the mining sector. The charter specified that companies could only get mining rights if they were 26% black-owned. But, according to Gqubule, it was a sham.

â€œ[It] betrayed from start to finish every single principle of transformation. The benchmark for transformation in the rest of the economy is higher than in the mining sector – itâ€™s almost a â€˜get out of jailâ€™ card.â€

The charter also had no targets for communities and workers. â€œSo you have a situation where there is dire poverty in communities next to the mine, and there are shocking conditions of the workers who work underground in the mine.â€ This is what the Lonmin miners at Marikana were fighting.

â€œSo white monopoly capital, in my view, is a lived experience of any black person whoâ€™s trying to enter an industry whether it be retail [or] mining. You find that your opportunities are blocked by the major companies.â€

In terms of real economic transformation, opportunities like these need to be opened up to black people, who bear the brunt of unemployment. Black South Africans made up 39% of the 5.3 million unemployed people in 2015.

Gqubule suggests a “broad free carry“Â model and the nationalisation of mines and banks as a solution.

This model would require 51% of a mining companyâ€™s shares to be owned by the government, communities, and employees. A portion of those shares should be free to the community and employees.

â€œIâ€™ve studied virtually all countries in the world that mine, and almost every one of them have a free carry portion. Iâ€™m saying that we should extend the free carry. We should have free shares available to communities and to workers.â€

As long as we are still confined to macro-economic policies that appeal to neoliberal sensibilities, transformation isnâ€™t possible. â€œThe neoliberal framework says that the government really canâ€™t create jobs. We must just suck up to the private companies and create an environment in which they will want to invest in the economy. But thatâ€™s not how it works. No, the government has the power. Everywhere where you have growth in a country that has solved the unemployment problem â€¦ the government meets the process of creating jobs in the economy.â€