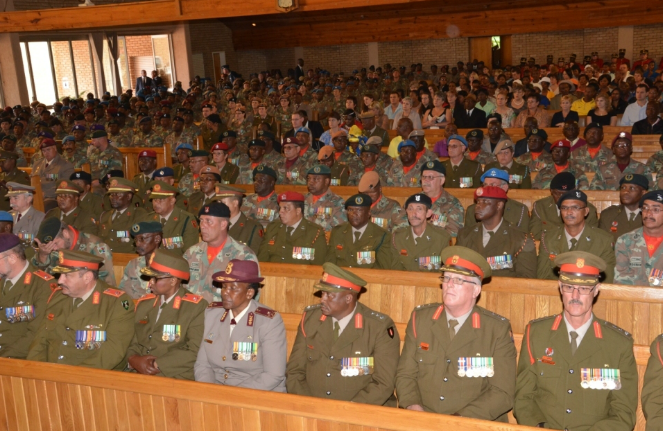 On TuesdayÂ evening it was revealed that the Presidency has deployed more than 400 soldiers to parliament ahead of #SONA2017 in Cape Town.

Reports suggest that around 441 members of the SANDF will be at parliament to maintain law and order at the opening of parliament, during President Jacob Zuma’s State of the Nation address on Thursday evening and until February 10.

Of course the news has left many outraged and others confused.

Others, like the Right to Know Campaign, asked if there was a precedent for such a move.

Zuma has called in the army to help “maintain law and order” at the Opening of Parliament #SONA2017.

This.
Is.
Not.
Normal. pic.twitter.com/kgkPxUiEKb

Academic Pierre de Vos weighed in with an expert take on the matter.

But that SANDF have been called in to prevent any other party or group (ie. the EFF) from disrupting proceedings is unjustified. Over the weekend, there wereÂ rumours floating about that the National Education Health and Allied Workers Union (NEHAWU) might storm the event.

Secretary to Parliament Gengezi Mgidlana reportedly said at the time that he had not been briefed about a possibleÂ disruption.

â€œWe know of no such plans regarding a possible disruption of Sona. Then again, I am not a member of Nehawu, but we hope for the best,â€ he said.

â€œSAPSÂ and State Security have their own responsibilities for the day and Sona is not about security, its about the president and members of the public interacting with the speech being made,â€ Mgidlana said.

Usually, the SANDF are at SONA as part of the ceremony. They are not meant to be actively deployed, neither are they supposed to support the police on duty.

Both the EFF and DA have condemned the move.

#EFF: We further call on SANDF members to defy unjust orders from a criminal president. (13) #Asijiki

Well, what are your thoughts? Let us know.