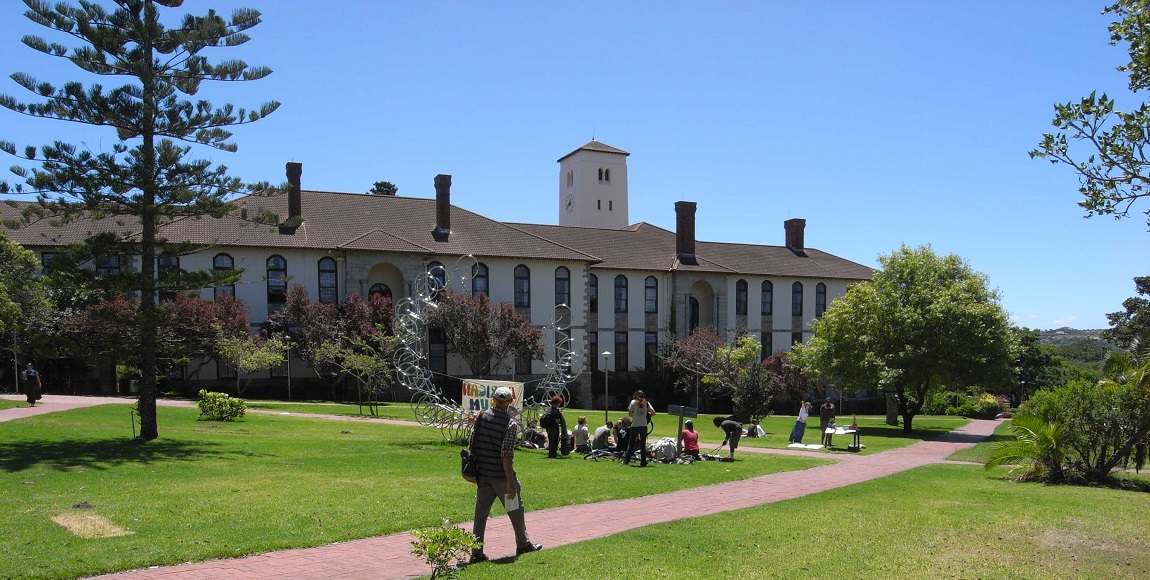 On 6 December, the Council of the University Currently Known As Rhodes (UCKAR) publicly announced that it would not be changing the institution’s name, citing financial constraints and limited resources. This decision was actually made on 30 November, after a secret ballot was held in which 15 of the 24 members voted against the change. Besides the obviously undemocratic method of reaching this decision, since the university consists of more than just council, the fact that the ballot was held in secret is a testament to the institution’s real fear of the influence of its students and community. The university is the economic and cultural hub of Grahamstown, and excluding students, staff, workers and the greater community from a decision that affects them is among one of the more heinous acts it is responsible for in the last two years.

In July 2017, a transformation summit was held at the university where a central discussion point revolved around the name change debate.

During the summit, Professor Paul Maylam, from the Department of History, spoke about the origins of the name.

What is in a name? A debate on the future of the name of the institution #RUTransformationSummit https://t.co/8ok172JRCO

“The thinking behind this was that after calling it Rhodes University College, they would approach the Rhodes Trust which was administering Rhodes’ will of £5 million. The name would be leverage for getting money out of the Rhodes Trust. It worked, and there was a lot of assistance from Rhodes’ henchman, Leander Starr Jameson.”

Interestingly enough, the residence formerly known as Jameson House, which I have lived in for the past two years at the university, was renamed after Charlotte Manya Maxeke late this year. Little has been said about the cost or branding of this residence.

“The naming was all about money. Cecil Rhodes has no real links with Grahamstown or the Eastern Cape. Over the last seven decades, the university continuously celebrated the name of Cecil Rhodes. The 1979 Cecil Rhodes Commemoration Lecture was delivered by a Canadian sociologist named Heribert Adam, who put forward the proposal that Rhodes should consider changing its name. That was the first public mention of the idea,” Maylam said.

Since then, multiple attempts to push the name change debate forward occurred. In 1994, Senate put forward a proposal but after a survey among staff and students, the name was kept. The main argument was that it had “brand value”.

I’m a brand as a result of having gone to Rhodes. What happens if the uni is called something else? ~Rich Mkhondo #RUTransformationSummit

Little has changed. The argument that council put forth states: “It would not be prudent to rename the iniversity and invest significant financial and other resources in a major international rebranding project.”

The summit, and these discussions, were proudly advertised as evidence of the university’s willingness to “cooperate with students, to seek transformation”.

I called bullshit then, and I call it now. The fact that more than half of Council voted against the change is proof that the summit was a little farcical fate, designed to alleviate pressure on the institution by mollifying student’s concerns. The decision to keep the name was made way before any of this. This has always been about branding, about money. The institution is more concerned about its international standing, embedded in the very proper, very English connotations that a name like Rhodes embodies. Forget decolonisation, where does that fit into the neoliberal university struggle to sustain commodified education?

The university is aware that no student would expect a total rebranding in the next six months. We understand financial constraints, especially after the last two years of #FeesMustFall protests in which the state has repeatedly refused to fund tertiary education. Despite the university using its funds to install cameras to spy on students during the protests last year, or build gates around the library, or attempt to exclude students, we understand the difficulties.  After all, most of us are the “poor and working-class students” you love to show around when asked about the changing institutional culture.

The council of the university currently known as Rhodes University voted against changing the name of, but say they’ll ensure appropriate recognition is given to the “hurt” Cecil John Rhodes caused pic.twitter.com/bKATdmhinf

So we do not expect miracles. A solid commitment to the promise of real, tangible changes, which include a name change, would have been enough.

I really admire how white people keep their own memory.

Despite Council’s insistence that the name does not reflect the culture at the university, the treatment of students , primarily poor, black *womxn, by the institution over the past two years says otherwise. Ultimately, this is about memory, and whose memory is afforded dignity and respect and justice. The name change is not just about students, it is about the memory of all those murdered and chained and tortured under a white supremacist who excelled at colonising us. It is about letting spirits rest. It is about saying that we recognise what has happened, and we are making the commitment never to commemorate this again. Not for money or reputation.

*The term “womxn” is used intentionally to be inclusive of all femme identifying bodies, not just cisgendered women.