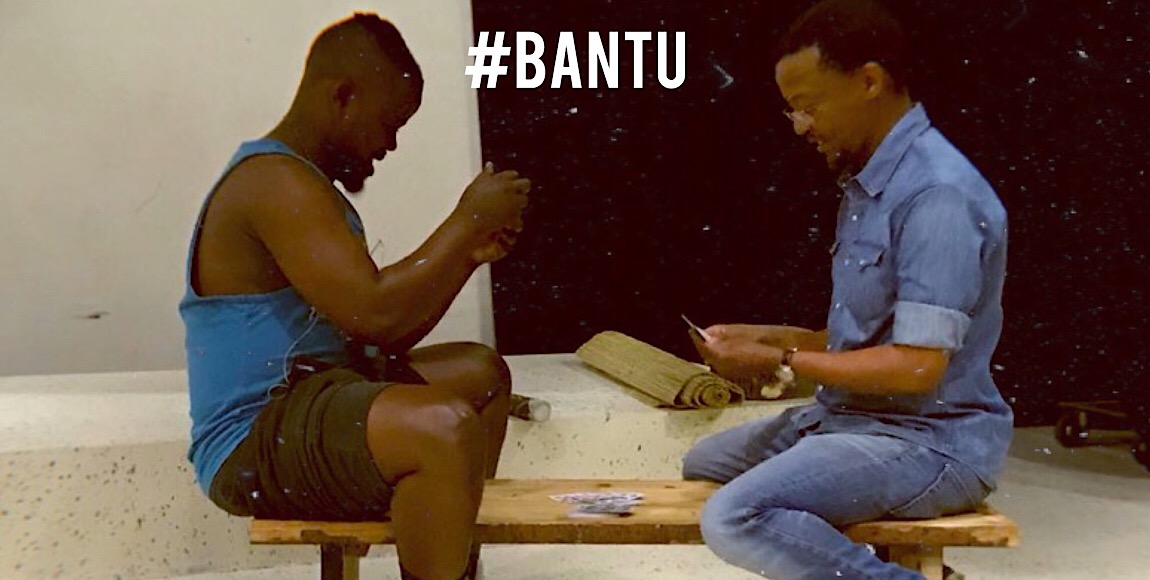 We are all familiar with the figure Stephen Bantu Biko or Steve Biko, but are we familiar with his ideas, his writings and his legacy? And what does Biko mean to us in the present?

From September 20 to October 5, Joburg Theatre presents Bantu: an artistic reflection on Biko’s works, his tragic and sudden death, and his legacy. The production asks the hard questions about what Biko’s life meant and what lessons the new generation can draw from it going forward in an attempt to build a better society, a freer society. During the Bantu rehearsals, SHAAZIA EBRAHIM and FATIMA MOOSA spoke to some cast and crew members.

Writer and director of Bantu Makhaola Ndebele explained the concept underpinning the performance.

“I’ve been reading Biko’s work for a while and one thing that kept jumping to me is the idea of being conscious and not being conscious. People call it different things, awakening, enlightening. In the definition of Black Consciousness, we are trying to attain the envisioned self which is the free self. I was trying to think, what does this mean? Biko also says when you know yourself, you stop being in bondage. If we’re still oppressed as a people that means we haven’t come to consciousness of who we really are. That’s what we’re trying to explore in the production,” Ndebele said.

The play is called Bantu, which is one of Biko’s names but Bantu also means “the people” and Ndebele is playing on that. However, this play is far from a recreation of Biko’s life. Instead, Bantu is a reflection of Biko’s life and legacy.

“His life is the well we’re drinking from but we’re not trying to recreate his life. We’re saying this is what we think it means for us today. People are asking, is it a musical, is it this or that, I’m very hesitant to put it in a box. What we’re saying is we’re reflecting, it’s about self-discovery. It goes beyond the group identity and it looks at the personal identity,” said Ndebele.

A few hours to go before the very first #Bantu preview and the creative team is ready – have you purchased your tickets yet?

Lifa Arosi, known also by his stage name ALPEA, worked on the sound of the production. He is an all-round musician: a pianist, rapper, composer and music producer.

Arosi said the sound of the production varies in different periods. “It’s inspired by South African sounds: the sounds of Zulu, Xhosa, Ndebele people. It’s got urban sounds like the sounds of reggae, hip hop, jazz, classical. Some songs are a bit thematic, it sounds like you’re watching a film,” he said.

“We tried to bring out the voice of Bantu. The people must also identify the music as music of today,” Arosi added.

Moleboheng Ignatia Shabalala plays various roles in the work including a YouTube vlogger, Biko’s wife Ntsiki and a mother. She said preparing for the production was intense.

“It’s not your typical play, it’s moments. It’s about personalising the characters and having to find where exactly we find ourselves in the characters. I can understand that people would hear Biko: The Bantu Story and automatically think struggle songs, a biography, people crying. It’s so not that. The play is about who do we see Bantu as? Who is Biko to us in 2018?” Shabalala said.

Shabalala doesn’t consider herself a political person. When she started working on the production, she knew Biko was one of the people who fought for freedom but she didn’t really know his history.

“We know about Nelson Mandela because he’s all over the place. He’s painted everywhere, he’s literally in our pockets. But Bantu, you hear about him here and there. The play is about having to be forced to know what it is to be black and who Bantu was because you have to know,” she said.

Moleboheng Ignatia Shabalala was introduced to theatre in Grade 11 during a field trip to the @MarketTheatre to watch a live performance of John KanI’s “Nothing but the Truth”. pic.twitter.com/h3s8RoRWYX

Ayanda Nhlangothi is a composer and musical director. In the play, she plays herself. About this role, she says the entire piece is about reflection and that it is actually not challenging but rather relieving. “Sometimes when you play another character, you are honest in that character so honesty plays a very vital role in any piece. Truth is needed in any piece that you do. It is not challenging for me,” she said.

About her interactions with Biko, Nhlangothi said those had been mostly what she heard from other people.

“I never really took time to find out much about him but I knew that there is this great man that everybody is talking about and telling me about him […] When I started this journey with our director and put together the music, he gave me a whole bunch of books to read. I thought I’d finish these books within the period that I am away and when I come back, I’d get direction about what it is that I need to do,” Nhlangothi said.

However, she said her experiences with the books were very different and she found herself doing a lot of self-work. “Now I have a lot because it’s almost like that book everytime you need to double check something, you grab a book and there’s something. It’s like a bible. All of his books come something like that,” Nhlangothi said as an ending.

Katlego Kaygee Letsholonyane is an actor who also plays various characters in the play including Steve Biko. He hadn’t had much interaction with Biko before the play.

“We all know the man but I didn’t follow his work. This is the time now when I really got to interact with his work,” he said.

As the piece is largely self-reflective Letsholonyane said they are still searching and discovering new things in the process which he says they trust in.

About the play and why people should watch it, Kaygee said it is because: “More than anything it is about the life of Steve Biko in the people and how people perceive what Steve Biko has said and how is it now affecting the masses. If I would invite people, I would rather say this is a production about Steve Biko in everyone of us.”

Bantu will run at the Joburg Theatre from 20 September to 5 October. Tickets are available online from R150.