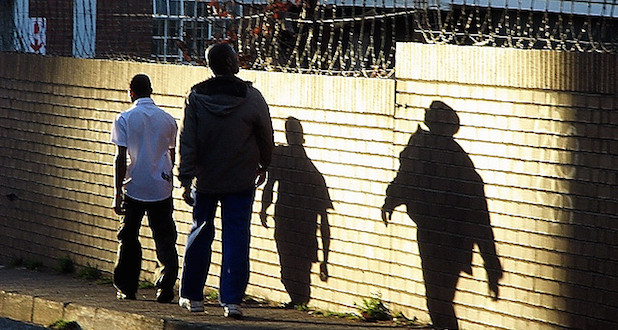 Lebo Lebese reflects on how the way black men are perceived cannot be for the good of the development of individuals or society.

Iâ€™ve come to realise that my standing in society has changed since I grew out what, with a slight stretch of the imagination, can be called a beard and sheared off my dreadlocks. I have always had a baby face and looked younger than my actual age, so when I moved squarely into adulthood, it took me a while to recognise the sense of apprehension when people approach me for the first time. That is until I welcome them with a smile, palms forward almost as if to say â€œIâ€™m not going to rape you or rob you.â€

It canâ€™t help that Iâ€™m also built like a wine barrel and stand 1.6m tall, weighing in at 95kg. Honestly, this goes beyond what I look like, sound like or even carry myself as.

I wonder now about some of my friends and brothers who did not have the luxury of a baby face. How a group of us young black men is perceived, walking home from sports practice and how – though we donâ€™t question this or even talk about it among ourselves – we all seem to be aware of the trope, but donâ€™t seem to actually address it.

We hope people see past their own ignorance and that social convention takes over. It takes practice not to react or show that youâ€™ve noticed when someone crosses the street when they see you walking in the opposite direction and youâ€™re the only two on the street, or when they pretend to be on the phone and walk as far ahead or behind you as possible.

It is impossible to ignore the context in which I am writing, where there are high rates of poverty and violent crimes that are perpetrated by people who look like me and are about the same age as well. This is caused by a multitude of factors, from systemic issues of education, to personal and mental health issues. But I am fully aware of their presence and impact on people.

What I want to draw attention to is how the demonisation of black men cannot be good for the development of any individual or society. I also get annoyed and want to protest when I take a seat next to someone in a bus or a taxi and they shift their bag to the other side of me, or pat their pockets to check for their phones or wallets, or my now personal favourite – the fake sheepish smile they manage to wriggle from between their teeth. My response has become one of snarling indifference.

I know that Iâ€™m not helping the situation, and probably fuelling their rhetoric, but this goes further to the issue of the self-fulfilling prophecy. I donâ€™t have the answers of how to shift this implicit bias, in fact, Iâ€™m even late to the party so to speak. But we canâ€™t continue in this manner as a society, with this dissonance between what we perceive black men to be and what they actually are.