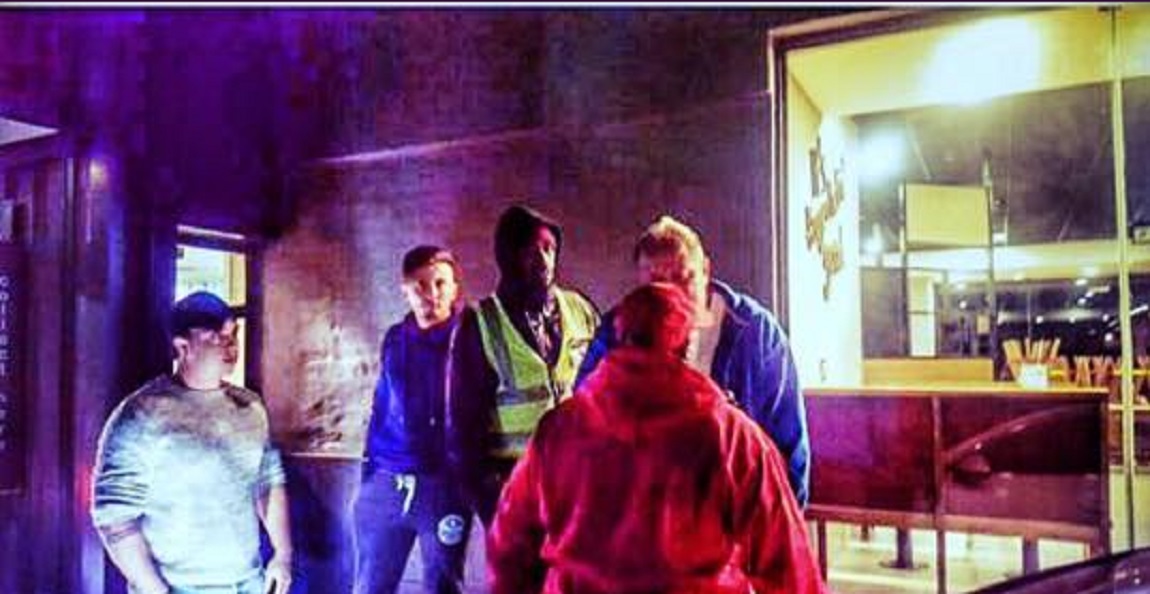 A black couple was brutally attacked by six white men outside a KFC in Pretoria on Wednesday. The woman subjected to the attack filmed part of the ordeal. The video has gone viral on instant messaging platforms and social media.

In the video, the woman, whose identity has not been confirmed, can be heard saying â€œAre you gonna hit me?â€ repeatedly before dropping the camera and beginning to scream.Â She is then heard pleading with the attackers to stop beating her husband.

Let’s report them to the authorities! ðŸ˜¡ðŸ˜¡

When the video was first posted on Whatsapp, it was accompanied by a message saying the six men attacked the couple after they asked them to move forward at a KFC drive-through.

The video has been retweetedÂ 3 500 times. Police Minister Fikile Mbulula also tweeted about it, saying the SAPS would â€œattend to this with urgencyâ€.

I’ve notified SAPS to attend to this with urgency. Sinoville Police are looking into it. https://t.co/ZntKL66Niz

Gauteng police spokesperson, Kay Makhubela confirmed the incident and said four of the attackers were arrested and charged with pointing firearm and assault. Makhubela said the four appeared at the Pretoria North Magistrate’s Court on Friday and have been remanded in custody until their next appearance. The other two men are still at large.