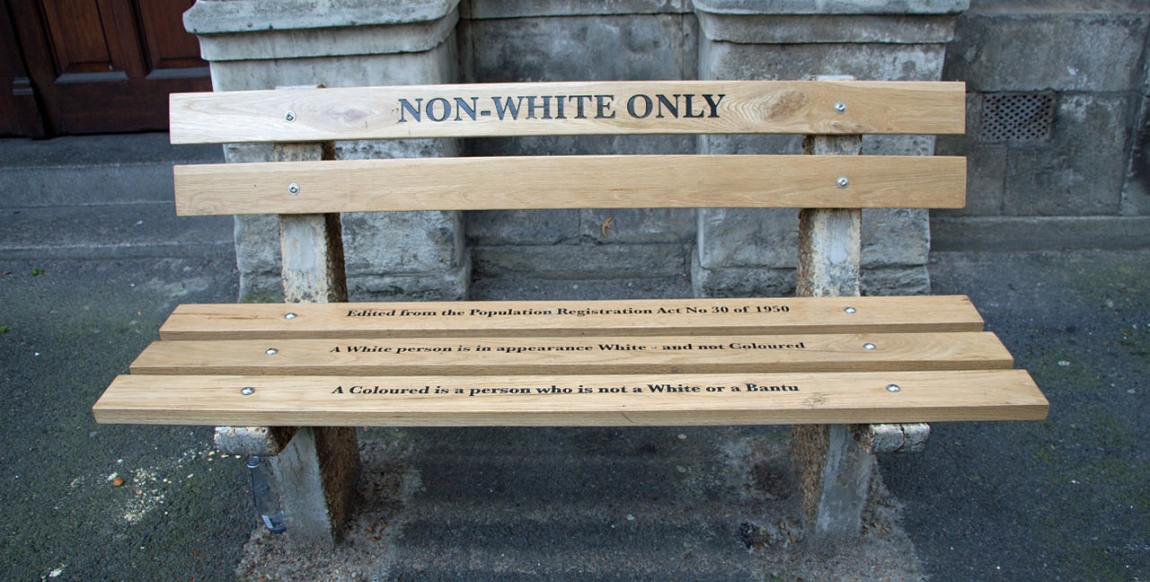 For many people, the brandishing of the apartheid flag at the #BlackMonday protests was unsurprising: it was part of the violence enacted daily on black South Africans. Itumeleng Molefi reflects on a conversation he had with a white woman in a small farming town.

The apartheid flag reports reminded me of an experience I had a while ago, at the pastry shop in town. I live in Carnarvon, a small town in the Karoo, where sheep farming is the main contributor to the local economy and livestock theft is a bigger concern than farm murders.

I cannot recall what I was there to buy or how I ended up having the discussion that ensued with the Afrikaans tannie behind the counter.

“I don’t want you to feel offended,” she said, “but really, things were much better during those days.”

“Those days”, of course, refers to apartheid, when non-white South Africans were treated as subhuman and only valued for their labour. When those who dissented were tortured and killed for wanting to be treated like human beings. I am wary of white people who are unable to call “a thing a thing”, as American author Iyanla Vanzant says. Vanzant explains it shows emotional dishonesty because if you don’t call something what it is, you approach it with the wrong expectations and a dishonest attitude. Similarly, white people that are unable to refer to apartheid by its actual name are able to hold on to memories of a good time in their history when they were taken good care of by the state, ignoring that it was at the expense of the black majority.

According to her, in addition to a living wage, white farmers provided their workers with accommodation, groceries and free transport to town in their bakkies. In those days, she went on, many sheep farmers in the area would give each family of workers a pair of sheep that they could use to start their own flock. Her coloured neighbours, she claimed, had used the money they got from selling their flock to buy a house and a car after the end of apartheid.

“Honestly,” I interjected. “How many farmers did what you are claiming during apartheid?”

I am uncertain if it was hearing “those days” being called “apartheid” or if it was my questioning of what she felt to be an absolute truth, but her apprehension was visible.

“Look,” she replied, “I can only tell you about the Karoo. I know there were farm workers who worked under horrible conditions in the Transvaal and the alcohol problem on the wine farms in the Cape. But in the Karoo, things were much better for farm workers in those days.”

The Cape and the Transvaal: perhaps she said it out of habit, perhaps she was feeling nostalgic.

Seeing the questioning look on my face, she quickly added: “Up there, where Gauteng and Northern Province are, that was called the Transvaal. And there were also blacks that were treated very well in the Free State.”

I am also wary of white people that refer to black people as blacks. Excluding the term “people” shows a refusal to acknowledge our humanity. It serves the notions of white superiority that are needed to remove the cognitive dissonance (feeling conflict with what you believe and the behaviour that is either in yourself or others that conflicts with your fundamental beliefs) that white people have.

In Post-Traumatic Slave Syndrome, Dr Joy DeGruy does an in-depth analysis of the writings of some of the most celebrated white men in history like James Madison, Richard Ostwald and Reverend John Newton. These men believed that the white race was superior, with the burden of “civilising” the rest of the world. In this imagined superiority, they participated in some of the most atrocious acts against humanity. As a result, they developed cognitive dissonance and to gain relief, they believed that black people were subhuman.

Take, for example, Thomas Jefferson, the principal author of America’s Declaration of Independence and the third president of the United States. He reconciled his belief that white people are superior and the barbaric ways in which he treated his slaves by believing that black people “were dumb, cowardly and incapable of feeling grief.”

“Yeah,” the tannie reflected, her face smiling and her eyes focused on the counter pensively. “Things were much better.”

I fought to keep calm. Usually, I would just walk away silently, feeling both ashamed and proud to have – once again – survived the violent denialism of white South Africa.

“Do you know what happened after the second World War when the Allies defeated the Nazis?” I asked.

“There was no Truth and Reconciliation Commission for the Nazis. There were actual trials and they had to account for their crimes in court. Now, imagine that you were a black person during apartheid. You were shot at, chased, tortured to the point of almost dying because maybe you wanted to become a doctor but the apartheid regime stopped you because they believed that you were not a human being. Imagine having your family broken because your mother and father had to go to a city to become a labourer, to earn a pittance. Imagine having to leave your country and becoming stateless because you wanted a better life for your future children.”

“I hear what you’re saying,” she shrugged. “But I honestly didn’t know that was happening during those days.”

Today, in South Africa, this cognitive dissonance allows people like this tannie to talk about “those days” with joy and longing. It allows the likes of Odette van Rensburg to proudly display the Apartheid flag and express how protected they felt under that flag. Until they can see us as full human beings, they will continue with their racist mentalities and actions.

Itumeleng Molefi is a science teacher in the heart of the Karoo next to what will be the biggest radio telescope in the world. Follow him on Twitter.