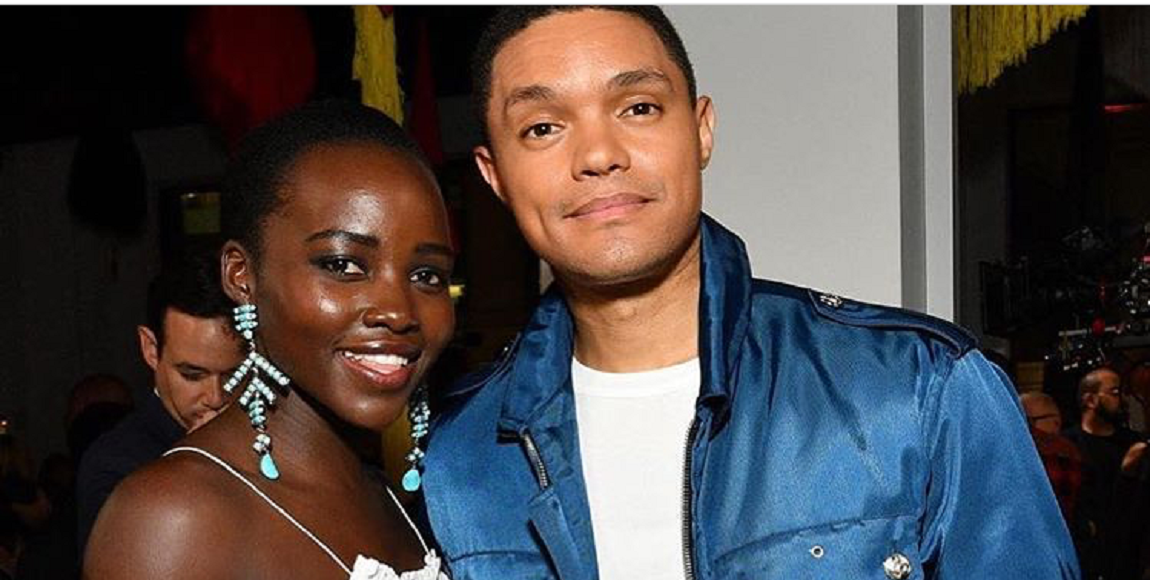 On Wednesday, Black Panther star Lupita Nyongâ€™o (a literal queen in our view) announced that she would be acting in, and producing a feature film based on Born A Crime: Stories from a South African Childhood, the autobiography based on the childhood of Daily Show host and South African comedian Trevor Noah.

When I read @Trevornoah‘s “Born A Crime,” I could not put the book down. Excited to announce that I will be starring in and producing its feature film adaptation! #BornACrimehttps://t.co/v4AfGe23P5 pic.twitter.com/QvrsETIEAc

Taking to Twitter to make the announcement, Nyongâ€™o said that while she was reading the book she could not put it down and was so excited, she would be involved in the adaptation project. Nyongâ€™o is currently playing Nakia in the Black Panther movies which has been making waves all around the world.

Noah also posted on Twitter his excitement about the movie and that fact the Lupita would be in the project. Noah will be involved in the making of the movie.

Trevor Noahâ€™s book was released in 2016 and the title drew confusion from American audiences. Some didnâ€™t understand the fact that Noah was born to a Xhosa mother and white Swiss father during the apartheid era, when mixed race relationships and marriages were prohibited.

The book has been on the bestseller list since its release and has won the James Thurber Prize for American Humor and two NAACP Image Awards.

Noah posted a picture of himself with Nyongâ€™o and more details about the role that she would be taking in the film. Nyongâ€™o will play the role of Noahâ€™s mother, Patricia Nombuyiselo Noah in the film. Patricia played an important role in Noahâ€™s life and she features prominently in his biography. The book has been described not just as an account of Noahâ€™s childhood but also a love letter to his mother.

At one point in the book, Noah writes about why his mother named him Trevor, as the names chosen for Xhosa children usually have meaning.

Noah writes that his mother gave him the name which did not have any meaning deliberately. â€œItâ€™s not even a biblical name,â€ he writes. â€œItâ€™s just a name. My mother wanted her child beholden to no fate. She wanted me to be free to go anywhere, do anything, be anyone.â€

Noah took to Instagram to say: â€œMy mother is a powerful woman who could easily be one of the beautiful soldiers in Wakanda. So itâ€™s beyond a perfect fit that she would be portrayed on the big screen by the radiant and regal Lupita Nyongâ€™o. Iâ€™m beyond excited.â€ Noah will be producing the feature film project through his Ark Angel Productions alongside Nyongâ€™o. Norman Aladjem, Derek Van Pelt and Sanaz Yamin of Mainstay Entertainment will also be a part of the project.

They werenâ€™t sure if they were happy because Trevor Noahâ€™s book is being adapted into a film or that Nyongâ€™o will be playing his mother.

Not sure what makes me happier – That there’s going to be a movie based on @trevornoah ‘Born a Crime’ or that @Lupita_Nyongo is going to play in it! <3 https://t.co/yOsUlRviCl via @deadline

Plenty of people also had questions about who would be playing Noah in the movie as his role has not yet been cast.

Some even said they hope a South African actor will be cast as Noah in the lead role.

He must also bring in South African actors, afterall the story actually occurred here in S.A

While others were just stoked that a movie would be made about South Africaâ€™s favourite export.

However, some raised questions saying it would perhaps be better for a South African actor to play Noahâ€™s mother.

No offense, Lupita is a great talent.. Just think it will be more appropriate to have a #Southafrican #Xhosa woman portraying @Trevornoah‘s mum,but then again, it’s always been the case of #African stories being portrayed by American actor/actresses, when will this ever end?

Tell us if youâ€™re excited for the movie as well as who should play Trevor Noah in the movie. Tweet us or comment below.