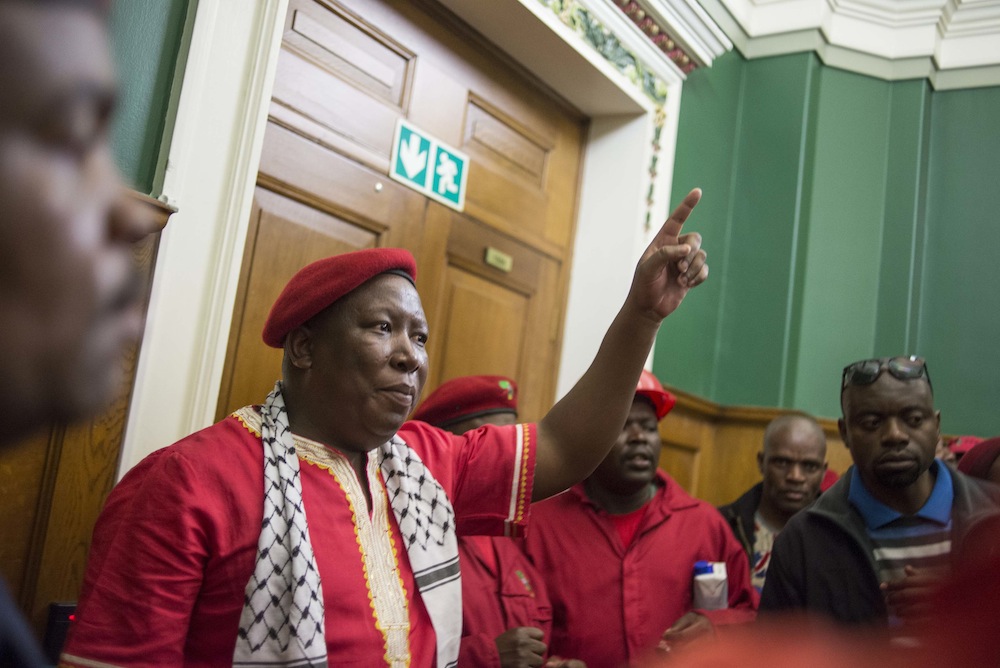 But he went one step further than merely placing all blame on the countryâ€™s first citizen for the violence meted out on foreigners â€“ most of them black African migrants â€“ over the past two weeks.

Malema said the presidentâ€™s body language during his speech on ThursdayÂ left a lot to be desired.

In a speech earlier that day, Zuma addressed all South Africans, asking for the violence to end. Malema, like many others, felt that Zumaâ€™s speech was not only uninspiring; his demeanour was almost repugnant.

â€œMr President, you come here, you want to condemn violence against xenophobia, but the Cubans have taught us that body language speaks volumes than speech.

â€œBut when you were defending the spending in Nkandla, your body language was very much stronger,â€ Malema said.

The EFF leaderâ€™s comments came as thousands of South Africans take to the streets to condemn the continuing attacks, with many accusing the government of still not taking the issue seriously.

Watch the video. It is pretty epic. Nice speech-writing team you have there, Julius.