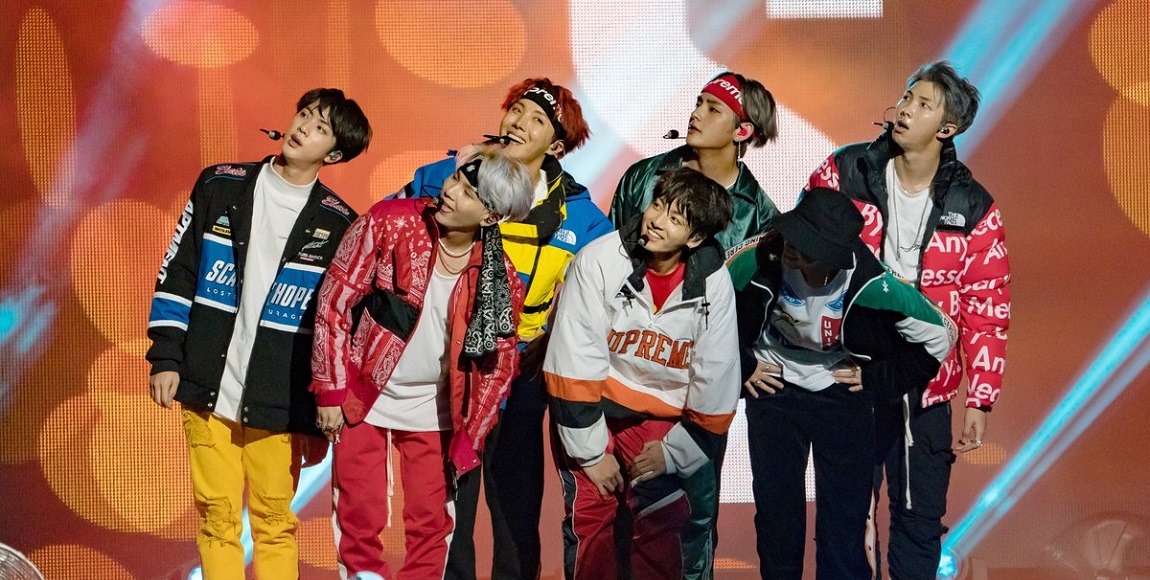 If you haven’t heard about BTS yet, where have you been living? BTS or Bangtan Sonyeondan (which means Bulletproof Boy Scouts in Korean) is the world’s most talented and brilliant K-Pop group. They made their debut in 2013 and have graced us with their presence for four glorious years. They have a massive fanbase – BTS won a Billboard Award for Social Artist of the Year, beating out Justin Bieber and Selena Gomez. Their hit single Mic Drop, featuring Desiigner and remixed by Steve Aoki also debuted at #28 on the Billboard Hot 100 – breaking their own record as the highest-charting entry for a K-Pop group.  It’s easy to see why the group has mass appeal: the Daily Vox’s ARMY, Shaazia Ebrahim and Fatima Moosa, round up 11 reasons.

1. ARMY is the greatest fandom
The BTS fandom is called ARMY which stands for Adorable Representative M.C for Youth. ARMY is like one giant family that exists despite gender, race, cultural differences and language barriers. ARMY is banded together by the love of seven talented Korean boys in a band. And BTS loves ARMY.

Group leader RM said BTS’s fandom is called ARMY because they stand alongside the group like an army. The group has dedicated several tracks to their fans, the most recent is Best of Me. BTS collaborated with The Chainsmokers for this song, their first with an American artist. Take it from us, it’s a banger.

2. Musically, BTS kills the vocals – and they rap too
Most K-Pop groups are made up of vocal and rap lines. In BTS, the vocal line is comprised of Jin, Jimin, V, and Jungkook and the rap line is RM, Suga and J-Hope. But most BTS members can do both, like “golden maknae”, Jungkook who rapped in BTS’s debut period. The seamless blending of vocals and rap in a BTS song is a thing of beauty to behold. While the cypher tracks produced and sung solely by the rappers are real crowd pumpers, the skills of the vocal lines in the tracks like Lost are proper musical genius.

And if anyone tells you BTS can’t sing, just show them this:

3. But they don’t only rap and sing – they can dance too
The group has dance moves that are as thrilling as their singing and rapping. Two of the members come from dance backgrounds: Jimin was a contemporary dancer and J-Hope a street dancer. Most songs have accompanying dance routines that are hella impressive. Even RM and Jin, supposedly the worst dancers in the group, manage to be amazing during performances.

4. BTS lyrics are meaningful and relatable
BTS songs contain lyrics that deal with many issues that are relevant to young people (and basically anyone else who can relate.) Many are socially conscious and deal with issues like family pressure, depression, and self-love. Some songs like No More Dream and Tomorrow are about uncertainty, lack of direction and following your dreams Serendipity is about love, identity, and purpose. The lyrics to Serendipity are gender neutral too!

5. Their hair, makeup, and wardrobe is like nothing you’ve ever seen
From the top of their ever-changing hair colours (every colour from bubblegum pink to platinum blond) to the tip of their sneakers, BTS is pure perfection to look upon. Their clothes are always on trend, they mix street style with high fashion and matching accessories, sneakers, and jewellery. They each have a unique flair which, when put together, is seamless but never boring. As for their makeup, the boys aren’t afraid to rock a smokey eye and blinding highlight. It’s so refreshing to see men who own wearing makeup.

6. If you have not seen BTS perform live, you’re in for a treat
The group sings, raps, dances and looks incredible all at the same time in a live performance. Their live performances are a mixture of pre-recorded backtracks and live singing, rapping and vigorous dancing. When they performed in the US in 2017, some believed they were lip-syncing, especially because of their intensive dancing but ARMY clapped back with evidence of them singing live.

Thread of proof BTS did NOT lipsync yesterday at their first AMA performance. Since y’all can’t fathom the possibility of an artist both singing AND dancing at the same exact time- pic.twitter.com/0OpCFChJp9

7. The cinematography and concepts behind their music videos are unreal
If you have not yet paused reading this article to watch a BTS music video, now is your chance. We’ll wait.

One song that has both an incredible video concept and meaningful lyrics (and is just purely beautiful to watch) is Blood, Sweat, and Tears. The video is a montage of literary, philosophical, and artistic allusions – Herman Hesse’s Demian, Abraxas, paintings, sculptures, and Nietzsche quotes. It’s neon colours are jarring against the dreamy, mock-Victorian aesthetic. It’s about art and the sacrifices artists make and obstacles they overcome for their art.

Here is the music video for Blood, Sweat and Tears for your viewing pleasure:

Check out their latest music video: the Steve Aoki remix of their song Mic Drop (inspired by how former U.S. President Obama famously dropped his mic after a speech at White House Correspondents Dinner.). It’s a thrilling ride from start to finish.

8. Their music transcends language
At this point, if you’re not convinced that being a BTS stan is your true life’s calling, you’re probably skeptical because BTS performs in Korean and you think you can’t relate. You’re wrong. Music transcends language, music is a language. Suga, who, along with RM and J-Hope, writes a lot of the group’s music said, “We have different languages but I think we can all share in the same message. I think that’s why our songs appeal to people who don’t speak Korean.”

9. If all of this isn’t enough content, the group makes V Lives too
V Live is a popular video app in South Korea. BTS uses it to show ARMY live behind-the-scenes from awards shows and comeback days (that needs a whole other listicle) or just to speak to fans about life. All of their content is fire. Particular favourites include their BTS Run episodes where they break up into teams and play arcade games or style each other using their personal fashion tastes. Their V Lives are so much fun and allow you to get to know the personalities and quirks of each member. And of course, if you don’t understand Korean, most of come with English subtitles.

10. They’re working with Unicef on a campaign about self-love
BTS loves you, and they want you to love you too. They recently partnered with Unicef Korea to sponsor the Unicef #ENDViolence Love Myself campaign which aims to make the world a safer place. The seven members of BTS along with their record company, Big Hit Entertainment will donate 500 million KRW (about $447,400) to the campaign, and 3% of the sales of their Love Yourself album series. The members said they were interested in the campaign because it involved young people and addressing societal ills, something most of their songs talk about. How can you not love BTS when they give back and encourage the world to love a little more?

11. They want to come to SA!
Suga said in an interview that South Africa is the country he is most excited to go to next (Skip to 2:21).

Cue excited ARMY in South Africa. It’s unlikely that BTS will visit anytime soon, especially since they still have to complete a European tour but Suga’s words are reassuring that maybe one-day they’ll be on our doorsteps. If that day comes, we’ll be ready: ARMY bomb in hand to call out the fan chant.

*Editor’s note: a previous version of this article incorrectly stated that 3% of the sales of the album Love Yourself: Her would be donated to Unicef. This has been corrected to state that it will be proceeds from the album series.

** Authors’ note: a previous version of this article incorrectly stated that Jimin was a ballet dancer. This article has been corrected to state that he studied contemporary dance.