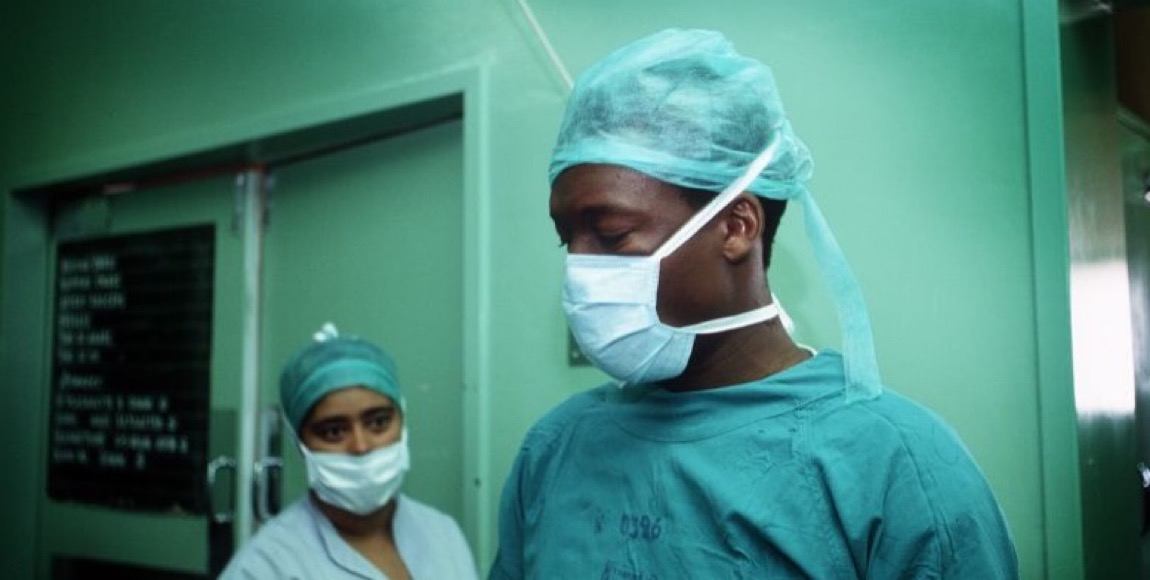 Health minister Aaron Motsoaledi has slammed claims that there is a shortage of available posts for newly-qualified health professionals in South Africa – but doctors and pharmacists have come out saying that the minister is â€œout of touch with realityâ€.

Doctors and pharmacists across the country have been left without posts in all three rounds that they need it – internship, community service, and job placement – due to both a lack of available posts and lack of funding for vacant posts. Without the completion of internship, and then community service, health professionals are unable to advance their careers. The South African Medical Association (SAMA) released a statement in which it expressed its â€œdisappointment and concernâ€ at the ministerâ€™s remarks.

â€œWhile we are pleased that the minister acknowledged that there are issues around the unemployment of doctors in three categories (which we first raised with the Department of Health four months ago), his remarks on certain issues are problematic,â€ said Dr Mzukisi Grootboom, chairperson of SAMA.

Motsoaledi was speaking last week in response to media queries about doctors and pharmacists who could not get employment in the public service â€œbecause the government allegedly failed to place them into posts, or alternatively failed to create posts.â€ He said there was no shortage of posts, but instead the doctors and pharmacists were unhappy with posts that they were assigned, because they preferred to stay in certain areas as opposed to others, or were held back by factors such as family responsibility, medical conditions or religion.

â€œI wish to state that quite often the conflicting information and numbers of doctors not placed in posts stems from the fact that available posts may not necessarily be in facilities which doctors prefer.â€

Health professionals have disputed the ministerâ€™s claims, however, saying that he does not realise the way things actually are. Dr Faheem Baba qualified at Stellenbosch University and completed his internship and community service at Prince Mshiyeni Memorial Hospital in Umlazi, KwaZulu-Natal. He hoped to specialise in anaesthetics at a government hospital, but has been forced to get a job at a private hospital because thatâ€™s the only place he could get a job.

â€œPost-community service, you can do what you want to. Many people want to stay in government posts. I wanted to stay in anaesthetics where I was. Four people left, and the posts were not filled. When I asked about filling those posts, they say that there is no funding for it.â€

He says posts are not advertised. â€œThe minister says that there are all these available posts.There is nothing advertised on the website. I contacted hospitals personally and nothing – they say that there is no funding.â€

Grootboom reaffirmed this, saying that there is no mechanism that informs doctors of jobs after completing their community service. â€œThere is no process where people seeking employment can access information about available jobs. In a time of information technology this is perplexing, and outdated. Instead we have to learn from a media conference that there are 147 available posts.â€

â€œNo one is picky,â€ says Baba. â€œPeople want to go to rural areas. How can there be no posts available there? I would see 60 to 70 patients a day. In rural clinics, there are hardly resources. Some specialisations will only take one person a year to train. There are people still waiting for placement from last year and the year before.â€ He says the gap is going to grow and soon there might not even be specialists in the public sector. â€œHospitals are blaming provincial departments, and provincial is blaming national. The system is going to crash so badly.â€

Bloemfontein-based Dr Lerato Makhobo* says that the government is taking doctors for granted.

â€œI’m a Free State bursary holder and have been trying to apply for a job in Bloemfontein and places around there. I’ve been told that posts are available but there aren’t any funds, and those posts aren’t advertised anywhere. My fiancÃ© is in Bloemfontein but I had to be absorbed in Welkom where I was doing my community service just so that I could have a job. I don’t think that the government takes us seriously…I believe we’re taken for granted.

â€œThe state which we have to live in here at the hospital is appalling. Surrounding places just like it, such as Bethlehem and Kroonstad, do have a rural allowance.â€

Pharmacy graduate Fatima Nalla completed her studies at the University of the Witwatersrand and did her internship in Johannesburg, and has now been offered a community service post at the Military Hospital in Pretoria after previously being verbally told that nothing was available. She says that the minister needs to tell the full story. â€œI think the minister saying that one of the reasons we’re in this situation is because people didn’t accept posts. For me that’s not true because I was not offered a post during all three rounds. I was offered a post on 3 January, which I accepted.

â€œThere are also people that were placed in round one, accepted the post, found accommodation etc. And then in December they were told their posts were given to bursary holders. There were just not enough posts. Now they’re creating them.â€

She says something important to note is that communication with the department was â€œvirtually impossibleâ€ throughout December, both via email and telephone. â€œSo that’s something the minister is evasive about. They keep on saying it’s because people don’t want to accept posts.â€

SAMA has also said that it is unfair to attribute the fact that doctors are without posts to pickiness. â€œThis often repeated argument that posts are not taken up by doctors because they are picky is simply incorrect. Furthermore, to suggest that people get married in November of the preceding year to avoid placement in certain areas is outrageous and, quite frankly, doesnâ€™t warrant a response. It is an affront to all doctors in the country, and the minister should reconsider his comments,â€ said Grootboom.

â€œDoctors should, among other things, be afforded the courtesy, as originally agreed to, of having a say on what their choices are regarding their internships, and community service placements. And these choices should be respected.â€

The Pharmaceutical Society of South Africa (PSSA) called the issues around the placement of pharmacists in community service posts â€œchaoticâ€, and blamed the backlog on the implementation of of a new online registration system, â€œsoftware that had not been adequately tested before the online
registration and placement programme went live.â€

Grootboom also called the ministerâ€™s claims that the department has no obligation to assist doctors with job placement after community service â€œpreposterousâ€, especially in a country â€œwhere the doctor/patient ratio falls well below the World Health Organisation standards.â€

Zahid Badroodien, president of the Junior Doctorsâ€™ Association of South Africa, wrote in Bhekisisa last year that the problem was escalating and would only worsen without proper government intervention. â€œThe national health department now finds itself at a tenuous juncture: find the money to open posts for medical interns or risk leaving dozens of graduates essentially unemployable.

â€œWe are hopeful that, by continuously engaging with the department, a resolution will be found among the provinces,â€ he wrote. â€œWe caution the department that leaving any health professional unemployed risks causing a decline in access to services and the quality of services being delivered.â€