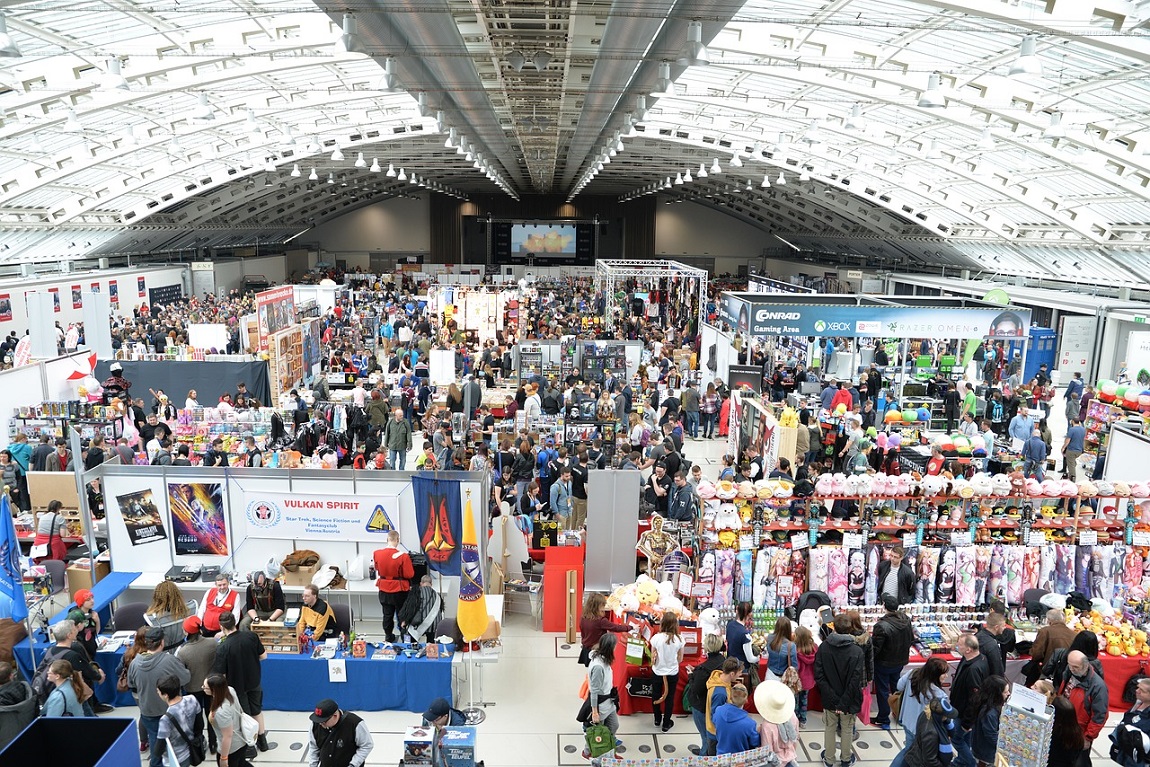 Calling fans of all things popular culture: the first ever Comic Con in South Africa is almost upon us! Featuring some of the best of South African talent as well as international stars, this is a highly anticipated event. From comic books to games, art, movies, books and pop culture elements, you can expect multi-genre entertainment at this comic convention. The event takes place from September 14-16 at Kyalami Grand Prix Circuit & International Convention Centre. In anticipation of the event, SHAAZIA EBRAHIM and FATIMA MOOSA take a look at the exciting lineup.

Maybe you don’t know his name, but you probably know his work. Riccardo Federici designed the Batman Metal characters for the biggest DC Comics series of 2017; Dark Nights: Metal. The Romania-born artist also did the full interior art by hand (!) for Batman Metal: Murder Machine #1. But Federici dabbles in all kinds of art. He was worked on anatomical illustrations, children comic strips, and ad campaign illustrations, and two comic strip albums ‘La Madone de Pellini’. Back in 2009 he began working on a graphic novel called Saria – where each page is painted. He paints, mostly with oils and to sculpts. Federicia’s work is incredible. He’s currently working on covers and interior art for DC Comics and creator owned titles including Batman, Aquaman, Green Lantern, and Birdman. We can’t wait to see how it turns out!

You might know Travis Fimmel as Ragnar Lodbrok, who plays the lead role on four seasons of the popular series Vikings. But besides his depiction of the brutality of the Norse warriors, he has acted in all sorts of things. Fimmel has been in films like Lean On Pete, Maggie’s Plan and WARCRAFT. The Australian actor will next be seen in Dreamland opposite Margot Robbie and also recently wrapped production on Danger Close, a drama based on the events at the Battle of Long Tan during the Vietnam War. We don’t know about you guys but we think the Norse pirate-playing actor is pretty cool.

Jenny Frison is best known for her Wonder Woman cover art. That’s no surprise because her interest in comic books began with a Wonder Woman storybook she loved reading as a young girl. But her repertoire extends way beyond just Wonder Woman. Frison has created covers for X-Men Red, Black Panther, Loki, Vampirella, Red Sonja, Clean Room, Revival, I Vampire, Angel, Spike, True Blood, and Xena. In 2013 and 2015 the American illustrator and comic book cover artist was nominated for Best Cover Artist in the Harvey Awards. We stan a woman doing all the great work in an industry that’s pretty much STILL dominated by men.

This double appearance is for all the American Gods stans out there. Both Shadow Moon and Bilquis also known as Ricky Whittle and Yetide Badaki will be coming to Comic Con. Ricky Whittle has audiences in awe with his role in the show but he actually started his career as a model 18 years ago. His acting career is best known for his role on British soap opera, Hollyoaks but in recent times he has also played Lincoln on the CW’s The 100. Olivia and his angst-filled romance is still so epis. Badaki who is Nigeria-born (Yaas) has been working in film, television and theatre for many years. Other shows she’s appeared on includes Masters of Sex, Aquarius, NCIS New Orleans and Criminal Minds. Even more cooler is she is the narrator of Nnedi Okorafor’s Akata Witch and is the voice of Ebele Yetide in Call of Duty: Infinite Warfare. How great will it be if one of them slips up and gives fans a teaser of what is to come on the series?

Legendary comic artist, Chris Sprouse has been creating memorable works for almost 30 years now. Sprouse has worked on practically everything. But he is best known for his work on Wildstorm/DC Comics’ Tom Strong series, which he co-created with Alan Moore. Together with other writers, he has created graphic novels like Ocean (published by DC Comics), a run of Supreme issues for Image Comics, DC’s Legion of Super-Heroes spin-off Legionnaires, Batman: The Return of Bruce Wayne, and even an adaptation of the very first Star Wars novel, Splinter of the Mind’s Eye for Dark Horse Comics. And also we’ve mainly mentioned work for DC comics, he’s worked with Marvel too. He spent two years working on our fav ongoing series Black Panther with author Ta-Nehisi Coates (!).

This appearance is a special treat for fans of The Big Bang Theory. Sussman might not be one of the leads in the popular series but his character, Stuart is a fan favourite. While he is most recognisable for his role as Stuart, Sussman’s repertoire is extensive. He has played roles in Ugly Betty, Wet Hot American Summer, Sweet Home Alabama, Hitch, Made of Honor, the Coen Bros, a recurring role on the hit series “Weeds”. He is not just a good actor but has sold projects to SONY, FOX, CBS and Amazon Studios. We can”t wait to see if he hopefully drops some spoilers or behind the scenes from The Big Bang Theory!

Proudly South African talent will be represented at the event. The comedic trio Jason, Donovan and Nicholas Goliath are going to be the guest emcees for Comic Con. All of them are equally talented comedic professionals. Jason has been in the comedy industry for more than 10 years and is currently the host of Man Cave. Besides being a well-established emcee, Donovan is all the host of The Real Goboza, one of SA’s most watched shows. Nicholas is one of the country’s most popular stand up comedians but like his brothers he also hosts a show: Beat The Price. At the event they will be taking part in various different roles from emceeing to autograph sessions. So if you’re a fan of the brothers, there will be plenty of opportunities to meet them and even get an autograph!

Rick Worthy
Rick Worthy is a pretty popular fantasy/ sci-fi series actor. You probably know him as the Alpha Vampire on Supernatural or as Simon Cylon on Battlestar Galactica. Currently he is starring in two major shows: Dean Fogg in The Magicians and Lem Washington in The Man in the High Castle. The American actor has also starred as a recurring character on Vampire Diaries, Heroes and in several different versions of Star Trek. Chances are, you probably watched one (or all) of the series he’s acted. We know we’ll be lining up for autographs.

What would a Comic Con be without cosplaying as your favourite superhero or comic book character? Philip Odango is a an award-winning international cosplayer, designer, producer and author from the United States. He is going to be one of the international judges for this year’s Cosplay Championships. He has judged many conventions and competitions and his own consumes have been featured by Marvel and Disney and in industry publications like Culture Magazine. Odango will be joined by acclaimed cosplayer Yaya Han (who is also well-known for judging cosplay) to be a part of the judging panel. So make sure to get started with those costumes. Han is well-known for securing cosplay as an art form and is internationally acclaimed for 375 personal costumes in every fandom genre, as well as her own original designs!

Local Comic Book Artists
This list features mostly international guests but of course there will be a number of talented local artists at the convention. These include the likes of Jason Masters, Sean Izaakse, Warren Louw, Bill Masuku and Moray Rhoda (who we will be profiling later!).

How excited are you for Comic Con Africa? Are you attending? Tweet us @thedailyvox.