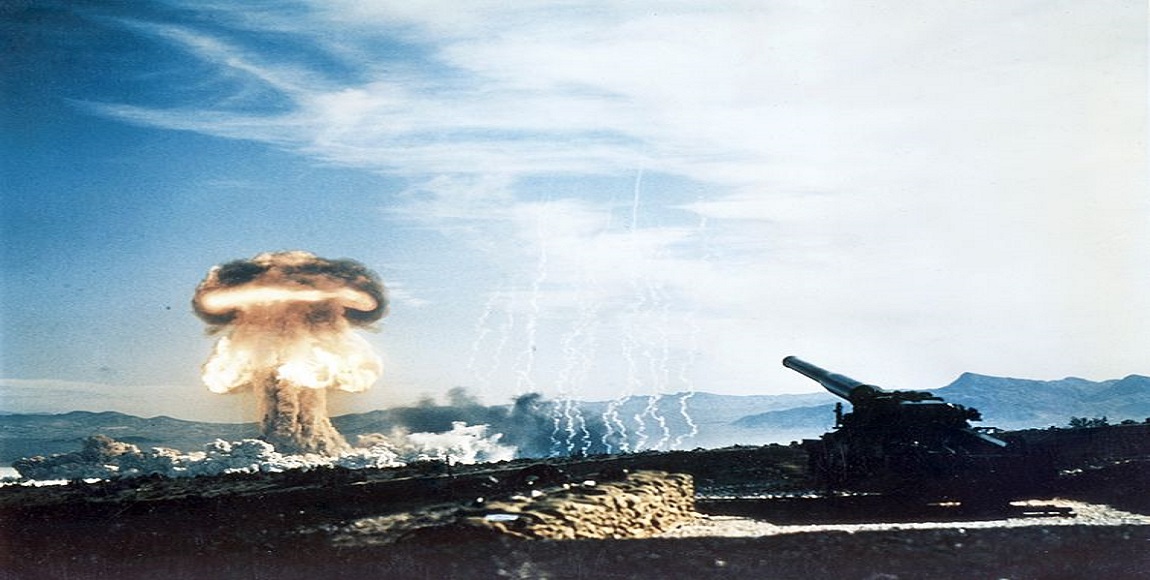 There has been international frenzy surrounding the recent nuclear tests conducted by the Democratic People’s Republic of Korea (DPRK or North Korea). This is North Koreaâ€™s sixth test in 10 years. Two of them happened just this month. Despite the outcry, North Korea refuses to suspend its nuclear weapon programme. The USA is calling for the further isolation of the DPRK through imposed sanctions and the severance of diplomatic ties. The Daily Vox asked Aditi Lalbahadur, foreign policy programme manager at the South African Institute of International Affairs, about the DPRK and whether South Africans should be concerned about the commotion.

What do we know about the DPRK and its government?
The DPRK has been called a rogue stateÂ and a pariah â€“ and there is no doubt its isolation from world affairs positions it as an outlier. There is a tendency to caricature its leadership and minimise its leaders as crazy or as madmen.

These attitudes are reductionist, and prevent us from understanding the issue in the DPRK properly. There is little that we know of the leadership of the DPRK. We know it is a familial dynasty, headed by the Kim family. Kim Il Sung led his people into battle in the 1950s – predominantly against US Forces – in an effort to re-integrate the North and South under single leadership. The Korean War did not end in the signing of a peace treaty, which has meant in the minds of the people of the DPRK, it is still at war. Fear and repression permeate the lives of ordinary North Koreans, who are subjected to inhumane punitive actions by its government for slight offences.

Why is North Korea testing nuclear weapons?
The DPRK has been engaged in weapons testing unceasingly for years. The intensity and scale of these tests have been increasing in recent months. Although it is unclear why the tests are being undertaken, one explanation could be that it is an act of defiance against continued UN-imposed sanctions and isolationist measures taken against the regime.

There are reports that North Korea fired a hydrogen bomb on September 3. What are your thoughts on this?
The continued missile testing by the DPRK has a provocative and destabilising effect on the countries in the region â€“ and on other interested parties, like the US. The fallout of a resumption of war in the region will have a global impact. Not only will this have a direct impact on the Republic of Korea (ROK), but Japan and China are also in close proximity to the crisis and are parties with great historical and geopolitical involvement in the DPRK. These are lynchpin global economies and any disruption in them is likely to have a significant ripple effect throughout the global economy. This is apart from the humanitarian crisis from a nuclear war in the Korean Peninsula.

Who are North Koreaâ€™s allies and enemies?
As a country that is largely isolated, it is difficult to identify allies in the DPRK camp. China maintains significant economic ties with the DPRK (although this influence diminishes with increasing UN sanctions) and is considered the main interlocutor between the DPRK and the West. The ROK is considered a foe of the DPRK as it has political allegiances with the US and Japan. Japan is a former coloniser of Korea and its presence is thus resented. However, the relationship with ROK is complicated by the fact that both sides seek reunification with each other, albeit on their terms. Due to their involvement in the Korean War, the US is considered possibly the main threat to the DPRK.

US warplanes dropped live bombs over the Korean Peninsula on September 17 in response to North Koreaâ€™s recent weapons tests. What do you make of this?
The motivation can be seen as an attempt to retaliate and communicate a show of force to the leadership of the DPRK. The adverse effect is that it further escalates tensions between the sides, which contributes to growing instability in the region.

Should we be worried about a potential war breaking out?
There is a danger that tensions will escalate into open warfare. When countries with nuclear capability are involved, the threat of nuclear war is present. Many analysts have shown that nuclear war would have a detrimental effect for all parties concerned; the threat remains imminent. President Trumpâ€™s recent speech at the UN General Assembly also may have adverse consequences in provoking the DPRK leadership. These threats exist, are real, and should not be underestimated.

Is there any way to negotiate with North Korea to stop nuclear testing?
There is no clear-cut solution. In the past, ROK spearheaded initiatives like the 6 Party Talks and Sunshine Policy â€“ the latter employing a soft power approach towards DPRK and the former attempting a negotiated settlement of the dispute. Neither proved effective and negotiations stalled. The solution requires effort and compromise from all parties to develop a way forward with commitment towards peaceful resolution. The solution lies with the Koreans, who have to minimise the role and influence of external parties.

This interview has been edited for length.