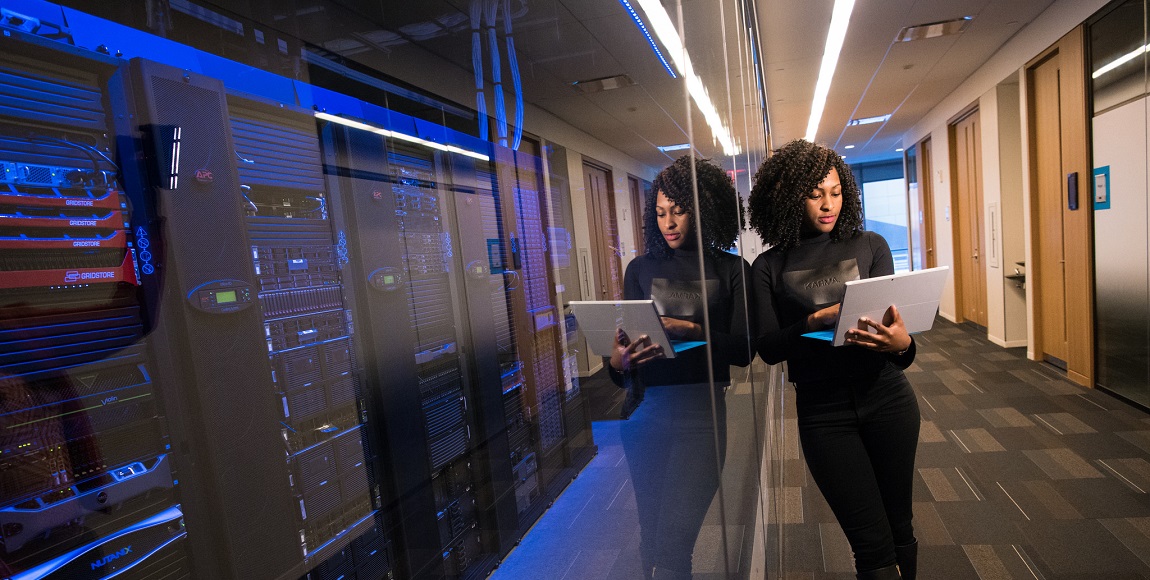 Patriarchy continues to be pervasive in all sectors of life. The Information Technology (IT) sector is no exception to this. The sector has traditionally been male-dominated, even as there have been strides to change this and make it more inclusive to women. The University of Cape Town’s (UCT) School of IT apparently has a plan to “make the sector more attractive.” FATIMA MOOSA writes about her thoughts on their plan.

The institution has introduced The Girl’s Lounge, sponsored by the Female Quotient, which will host events to help female students network and find a comfortable space in the world of information technology. The school has also announced that the two professors have been promoted to associate professor rank.

The lounge is a good idea that aims to build awareness of the potential for innovations developed by young women by “identifying barriers to having more girls and young women pursue STEM education and careers, and working collaboratively to take actions to address these barriers.” By providing a support service, it aims to grow the next generation of women through ongoing support and services.

That might not be the correct way to go about tackling this issue. Women don’t have to be allowed into the sector. Their skills don’t have developed. They are skilled, and are not just able to hold their own against men, they will be able to flourish. It is men who are keeping women out from IT, not women. The onus shouldn’t be on women to address the barriers preventing them from entering the sector.

The real problem which poses a barrier to women being able to enter the IT sector doesn’t just lie with not having a space to be able to incubate and develop ideas. The real problem lies with the microaggressions and underlying sexist sentiments that exist in these spaces. The lounge will provide those support systems for young women to work together, yet once they go into other spaces they will still be met with condescension and discrimination. Tackling the problem with representation in the IT sector needs to start with a culture and mindset change from men and patriarchy.

Policies are a great way to start, but without any firm buy-in from men that means treating their women colleagues with respect, and creating working environments that aren’t toxic, the policies won’t be of any use. There needs to be conscious effort to dismantle patriarchal attitudes within the IT sector before any of the women empowerment policies will work.

The assumption that getting a foot into the door is the only problem with the IT industry ignores the many ways the industry actively works to push out women who are already there. Women are sidelined in decision-making, they get the least amount of funding for projects, and women are the greatest victims of sexual harassment and abuse in the industry. Author Emily Chang who has written an expose of the toxic masculinity and sexism at Silicon Valley says the tech industry doesn’t simply tolerate gender discrimination, it’s hardwired to marginalise women.

Speaking to The Guardian, Chang said: “Men need to listen and be advocates. For so long, women have been living this every day and men have been ignorant of it and blind to it. I don’t think there are always bad intentions there, but I do think that at a certain point ignorance becomes wilful.”

Women belong in the IT sector because just like any activity in the world it’s a human activity – meaning an alternative space doesn’t need to be created for them. The existing space out there needs to be changed and made less toxic. Making alternatives spaces for women – while not degrading safe spaces in anyway – perpetuates the harmful idea that women can’t compete with men. That isn’t true by any stretch of the imagination. More women need to be in the space because not only because they are more than capable of being there but having more women in the field means more women-friendly environments. The tech that would be created in those environments would also be better and more developed with a more all-rounded perspective.

The tech industry needs women to succeed – but the ways in which it gets women involved and makes them comfortable needs a far more nuanced approach than what is currently going on.