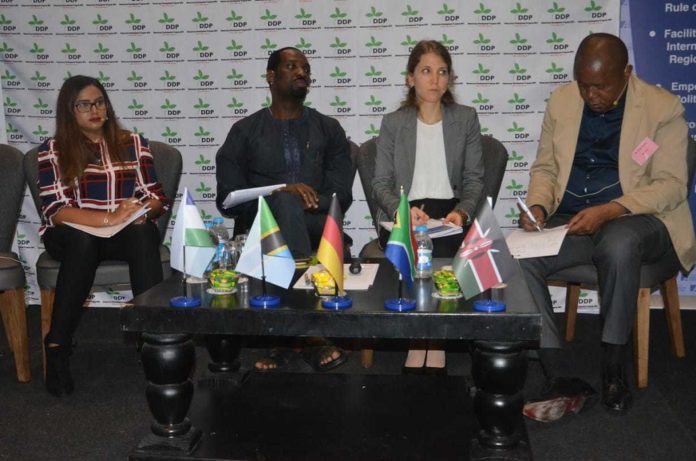 As 24 countries across Africa will be holding elections this year, the Democracy Development Programme in partnership with Konrad Adenauer Stiftung and My Vote Counts hosted a political summit aimed at exploring electoral accountability in an African context.

The two-day event held at Elangeni Hotel in Durban brought together parliamentary members from various countries as representatives, the youth, activists and civil society organisations.

This summit is aimed at discussing elections and alternate mechanisms of accountability and reform after elections as opposed to the past, where elections are often discussed after ballots have been cast, according to DDP.

“Unfortunately, many of our past elections have been mired in controversy. Research indicates that more than half of Africa’s ongoing conflicts are a result of claims over legitimacy which poses a massive security risk.

Although some African countries have made strides in the consolidation of their electoral democracies, studies reveal that the threat to electoral integrity is greater in Africa than it is anywhere else in the world. Furthermore, many countries have suffered from political violence, capture of state institutions, militarisation and a deeper entrenchment of autocracy,” DDP said via a spokesperson.

In South Africa alone, political tensions have been a major issue over the past years. Political killings in KwaZulu-Natal have long been a problem. Last year, the premier released a report by a commission led by Advocate Marumo Moerane which investigated the killings. It found “serious weaknesses” in the criminal justice and intelligence systems, which contributed to the fact that most perpetrators of these conspiracies and murders never face justice.

In its discussion, the summit raised a question of accountability and how it could be affected.

According to Denis Kadima, the executive director of the Electoral Institute for Sustainable Democracy in Africa (EISDA), there are several approaches to exploring accountability and who should be held accountable and how.

“There’s an academic perspective whereby when they talk about electoral accountability, they look at how voters sanction incumbents through periodic elections; it’s more complex.

In the first approach, Kadima says it’s more about looking at the performance of the government and voters’ behavioural patterns.

“It’s the means voters hold politicians accountable through period elections and this is seen from the perspective of voter behaviour. Most of the time it’s based on economic performance of regime, so people look at the living conditions and decide,” he said.

Meanwhile the discourse was more centered around electoral accountability and its dynamics, young people raised concerns about electoral illiteracy in a South African context among young people.

The chief executive of the Independent Electoral Commission Sy Mamabolo said strides had been made to educate people about electoral processes, however, it was time for a different approach such as  integration of civic education with the formal schooling curriculum.

“Voter education needs to be integrated with the curriculum at schools, and that civic consciousness will address the type of attitude that citizens must have on matters of elections. But, that civic consciousness is broader than just elections. It’s about how one interprets the political system and how does one engage with public participation processes amongst other things,” he said.