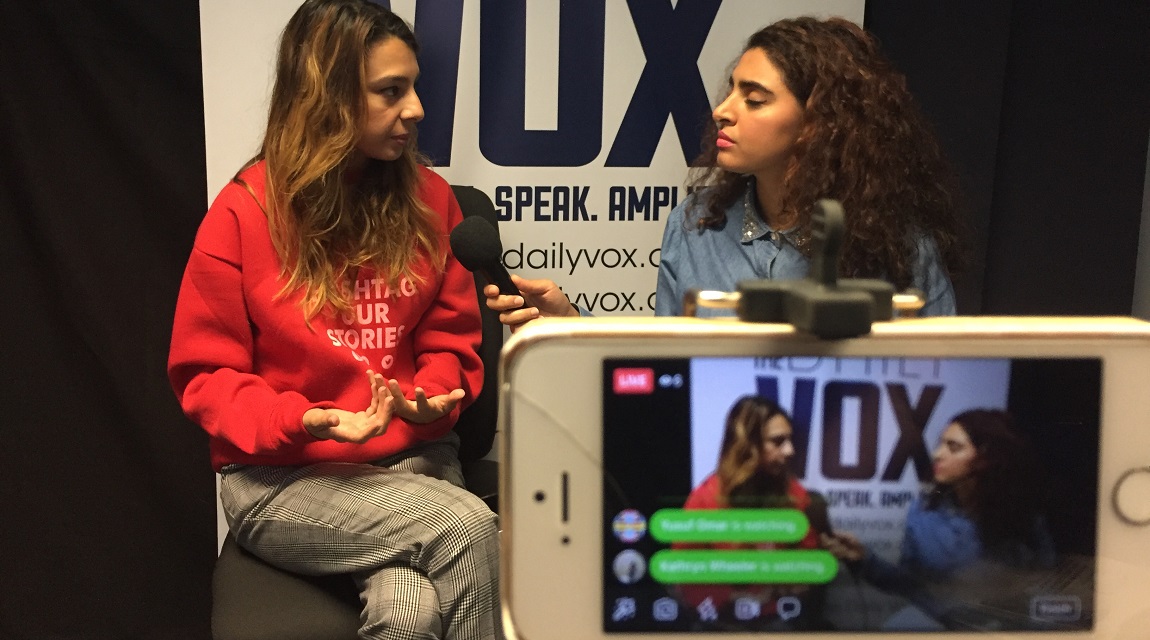 “We’ve seen the evolving of journalism based on technology just by mobile phones and the democratisation of social media,” mobile journalism trainer and co-founder of Hashtag Our Stories Sumaiya Omar said in an interview with The Daily Vox.

“Everybody having a cellphone in their pockets has made it possible to have more angles, more cameras, more perspectives. That means it really takes people closer to the truth, closer to what’s actually happening.”

Omar and her partner, the mobile journalist Yusuf Omar, have travelled all over the world documenting the stories of various communities from their mobile phones.

“The definition of mojo is actually mobile journalism. It actually started with newsrooms needing to decrease their costs. It became very expensive to send out broadcast cameras everywhere and so this cost-cutting exercise is what gave mojo its momentum,” Omar explained in a Facebook live interview with The Daily Vox.

“For us, mojo is more about the intimacy of it. It’s about getting really intimate shots. If we’re interviewing a rape survivor for example, its much more intrusive to have a broadcast camera on them as opposed to a cell phone. It’s about the accessibility of everybody having a cellphone which means that everyone can be reporting on their own stories. It’s about empowering people to be able to use this tool that everybody has in their pockets,” Omar said.

Mojo is also about understanding how content is being consumed and creating specific content geared for that consumption. “For us it means that creating on a mobile, our end-to-end shooting, value adds, music, sub-titling, everything is on our phones. It allows us to think like a mobile audience would think. We end up creating really mobile-optimised content,” said Omar.

Omar said her she and her partner had seen the tangible effects of mobile journalism after her partner trained a group of waste pickers in India how to use Instagram stories last year. Her partner thought the training had failed because data was too expensive and that it was inaccessible. But then the Indian government raised goods and services taxes which affected recyclable materials and so it impacted waste pickers on a personal level. That’s when the waste pickers used mojo.

“At this point when they were in their most dire situation and had no one else to turn to and no one was listening they took to Instagram and did selfie-style videos talking to the camera about exactly what they were experiencing with these new increases in tax,” Omar said.

Activists and politicians collected these voices and the government ended up reducing the tax.

Omar and her partner have launched the digital platform Hashtag Our Stories, where it trains communities all over the world to tell stories using their phones and then creates shows out of these stories. Under that, they’ve also launched different pages in different places all over the world. They have Hashtag South Asia, Hashtag Palestine, and have recently launched Hashtag South Africa which they plan to have in the 11 South African languages. They’ve started with English and Zulu, and have their headquarters in KwaZulu Natal. About why they created different pages for different places, Omar said: “Things are getting hyperlocal, people are expecting more customised content on the internet. Someone in California doesn’t care about a protest in KZN.”

“For us it really started when we noticed how traditional media was missing the stories of our times when we talk about Trump; Brexit. It’s because they weren’t listening to real people on the ground. It was polls and pundits and experts that they were listening to and assuming things. Hashtag Our Stories is about filling that gap and allowing people to have a voice. Mobile phones allow us to get into underrepresented communities around the world that we otherwise wouldn’t have access to. More cameras, more perspectives, more angles means more truth.”

Last year, the two visited 27 countries and trained communities in each of them. Omar said their training goes beyond training technical use. “We could train a million people but if they don’t understand how to make those stories travel then its useless. A lot of our training is how to make the video travel, the kinds of things people are watching, the algorithms,” she said.

“For us the training is also around media literacy. For example fake news has become such a talking point. For us, part of the training is teaching people and empowering people about how to identify fake news, what to do if they see fake news, and how not to spread fake news especially on dark social platforms like WhatsApp or messaging services which is what people are using in a lot of the communities we train people in because of data issues,” Omar said.

Omar said there hasn’t been one silver bullet that has changed everything in technology yet. “I think that you’ll really see journalism evolving with technology when we see this perfect storm and the intersections of these technologies coming together,” Omar said.

You can watch the interview here.